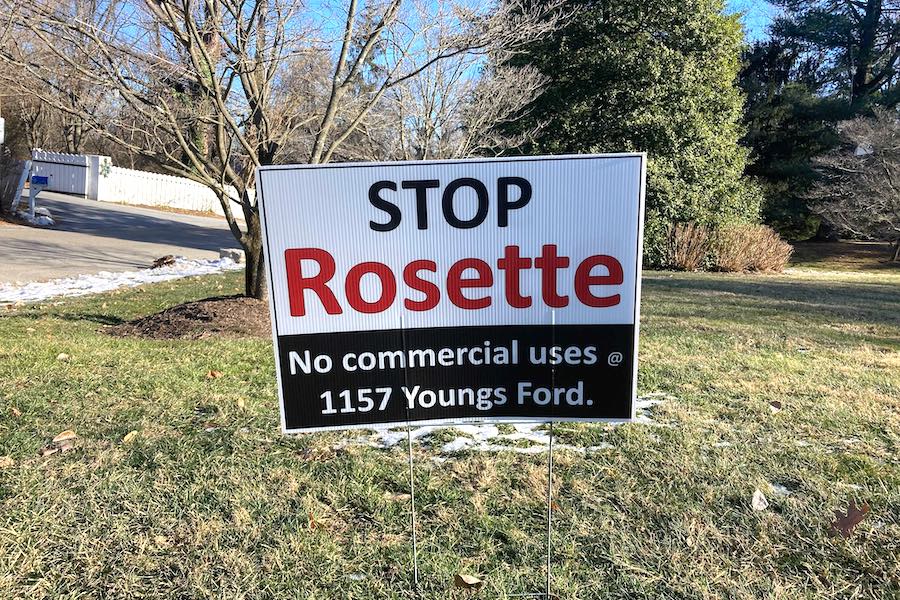 Here in Philadelphia proper, we get all bent out of shape when some rando developer wants to erect an incongruous monstrosity near our historic rowhomes. We attend community meetings when there’s talk of a supervised injection site in our neighborhood. And we’re known to get up in arms when expensive condos price out longtime residents in places like Point Breeze. But in the posh confines of the Main Line, the battles tend to be over things a real Philadelphian wouldn’t blink an eye at. Take, for example, Rosette, a brand-new luxury senior home in Gladwyne that just started advertising for residents.

At capacity, Rosette will house eight seniors, who will pay upward of $10,000 each month to live in a “pod” setting that is more common out in western states like California and Arizona. The idea is that instead of shipping Mom off to some huge and impersonal senior living facility where she is easily neglected and forgotten (and where viruses like COVID can spread like wildfire), you’ll move her into Rosette, where the small size allows for more personal attention and care. It’s a place for seniors who need some extra help but do not require skilled nursing.

“We are here to provide a level of care that you can’t get anywhere else in the region,” says Thérèse Farrow Southwell, who owns and operates Rosette with her longtime friend and business partner Danielle Redenbaugh, both of whom will be full-time caregivers. “We are all about excellent care.” 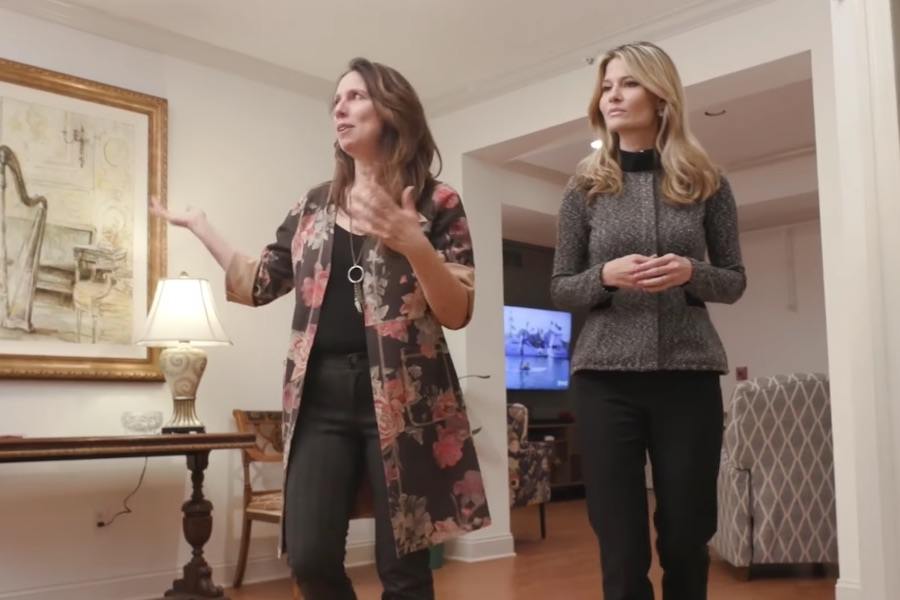 Except the residents of Gladwyne are all about doing everything they can to shut down Rosette. Of course, the Village of Gladwyne (residents like to call it that) isn’t just any part of the Main Line. Gladwyne represents the crème de la crème of the region, at least in terms of wealth and real estate prices. The richest of the rich occupy its five square miles. Home values are, by far, the highest in these parts. It’s the kind of place where you might find a “private French village” on the market for $22 million. So you can understand why residents are particularly, well, particular.

Drive through Gladwyne today, and amid the several “Horse Xing” signs, prestigious private schools, stately homes and full-blown mansions with their stables, tennis courts and 10-car garages, you’ll notice numerous lawn signs along the road that proclaim: “STOP Rosette.” These signs get increasingly abundant as you approach 1157 Youngs Ford Road, the address of the senior home. Indeed, it’s impossible for a prospective resident to get to Rosette for a tour without passing the signs telling them that they aren’t welcome.

You’ll even see those signs as you pull into the driveway for Rosette, because it shares a driveway — one of those long, suburban stretches where you’re left to wonder what’s at the end — with Brett and Alexandra Hamilton, Rosette’s next-door neighbors. Brett is the COO of a billion-dollar real estate investment firm, and the Hamiltons have “STOP Rosette” signs all along the entrance.

Rosette’s owners purchased the property for just over $1 million in April 2021. (Fun Main Line trivia: One of the home’s former owners was Dasha Pruett, née Yermakova, the Russian model turned failed 2020 Trump-aligned Republican congressional candidate.) And they put about the same amount into renovations. Interior renovations started last summer. And it was in October 2021 when contractors had to deploy a jackhammer to install a wheelchair ramp outside, the jackhammering being the triggering moment for the neighbors. That’s when Southwell tried to deliver an ice-breaking gift basket of cookies and other goodies from Gladwyne Market to the Hamiltons, but the delivery was refused.

“We object to your proposed use of 1157 Youngs Ford Road as a senior living facility as it directly and negatively impacts the quiet enjoyment of our home,” wrote the Hamiltons to Southwell in response to the gift basket attempt. “We — and many other neighbors — find the secrecy over your conversion of 1157 Youngs Ford into a commercial business objectionable. It indicates that your priority is profit over the people that call this neighborhood home; so you should not expect a neighborly welcome.”

Some of those “other neighbors” include University of Pennsylvania surgeon Matt Kirkland, who lives around the corner in a $2.2 million, 4,500-square-footer on 3.3 acres. In a group email that included Southwell and other residents, Kirkland wrote that he hoped that Rosette’s “business failure is catastrophic.” Youngs Ford Road resident Greg McClatchy, who owns a large Bucks County contracting company, commented “hate this” and “you suck” on a Rosette social media ad. It’s like high school but where the students are replaced by rich middle-aged people.

Another resident who has been planting signs is Birgit Hottenrott, wife of Philadelphia Orchestra president and CEO Matías Tarnopolsky. Hottenrott and Tarnopolsky are Rosette’s next-door neighbors on the opposite side from the Hamiltons, and Southwell claims that Hottenrott has been leading the “aggressive bully campaign” against Rosette. (Hottenrott could not be reached by Philadelphia magazine for comment.) That campaign has been going on since October but has intensified in the last couple of weeks, because Rosette just obtained its state licensing and is now allowed to accept residents.

Attorneys representing Rosette have issued cease and desist letters demanding that the signs come down. They claim the signs are illegal, in part because the signs are “intimidating” the elderly from obtaining housing there, which Rosette’s attorneys say is a violation of the federal Fair Housing Act. Lawyers for the other side have called B.S. on that claim and say the sign-posters are merely exercising their First Amendment rights. In any event, the signs remain.

According to Southwell, some local residents have also taken to “patrolling” Rosette, entering the property lines to monitor the situation and, alleges Southwell, trespassing in the process. She’s been in touch with the Lower Merion Police Department, which has jurisdiction over Gladwyne, on more than one occasion. No charges have been filed nor citations issued, according to a police rep.

The Rosette haters of Gladwyne can put up all the signs they want, but it sounds like there’s not much to be done about the home, other than scare away interested parties with a nasty public relations campaign.

Lower Merion Township Commissioner Josh Grimes, whose district includes the Gladwyne section, addressed the complaints in a letter sent out to neighbors. He explained that Rosette fits in with the letter of the law, which allows for group homes of up to eight elderly people. He went on to point out that because Rosette met the existing zoning code and didn’t require variances, the local government had no say in the matter. Grimes also stated that the township doesn’t have an obligation to notify residents of projects like Rosette.

At least not yet. While Gladwyne residents show no signs of capitulating in their fight against Rosette, they are also looking to the future in the hopes of changing the local rules and codes so that a travesty like Rosette can never rise up again.

“We anticipated having an education moment, where the community would have to come to understand what we’re doing here,” says Southwell. “But the level to which this has escalated to … I’ve never seen this kind of vitriol.”