City Devastated by Deadly House Fire That Killed 12, Including 8 Children

Here's what we know and what you can do. 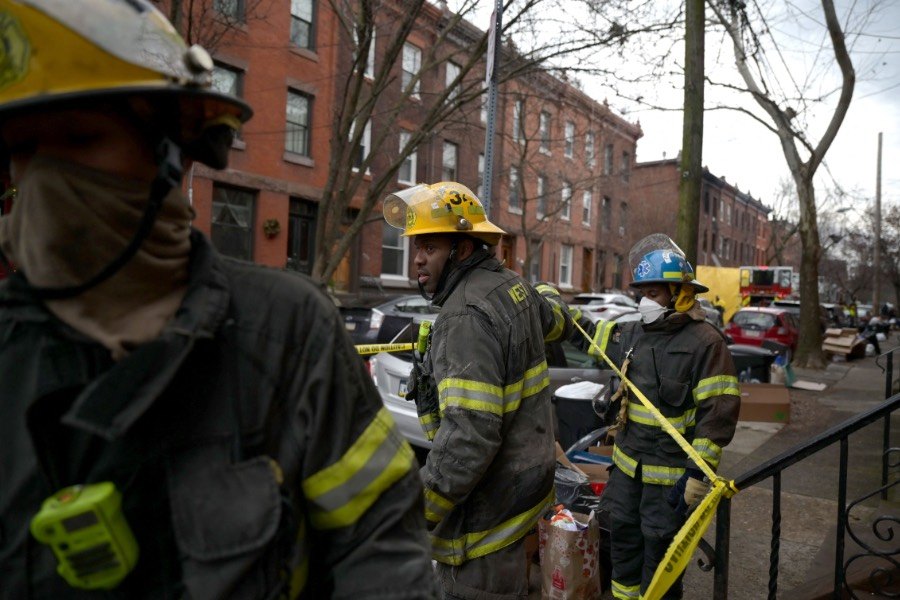 An early-morning house fire in the city’s Fairmount section has killed at least 12 people, including eight children, according to fire department officials. Photo by Ed Jones/AFP via Getty Images

This story has been updated to reflect a revised fatality count from the city.

On Wednesday morning, a fire burned through a residential rowhome in the city’s Fairmount section, killing at least 12 people, including eight children, officials said.

According to deputy fire commissioner Craig Murphy, at least 26 people were living in the three-story duplex, which is owned by the Philadelphia Housing Authority.

The fire department responded to the blaze on the 800 block of North 23rd Street just before 6:40 a.m., city officials said. Within 50 minutes, the Inquirer reported, firefighters had the flames under control. Eight occupants of the building managed to escape the fire themselves, Murphy said during a Wednesday-morning press conference. Two others, including one child, were transported to the hospital. The cause of the fire remains under investigation.

“I don’t have the words for how we’re feeling right now as a community and as a department,” Murphy said.

The Inquirer interviewed multiple people who raised questions about the housing authority’s fire-safety procedures. One woman told the paper she felt PHA should be installing hardwired smoke detectors rather than battery-powered ones, so residents can’t remove the batteries. (This is required in larger public-housing complexes, the New York Times reported, but not in smaller buildings.) Another resident, who lives in a nearby PHA house with a similar layout, told an Inquirer reporter she raised concerns with the housing authority over its egress options, which are limited to front and back doors.

In the press conference, Murphy said the building had front and rear exits and that those inside were able to successfully use them. He acknowledged that 26 residents was a “tremendous amount of people to be living in a duplex.” 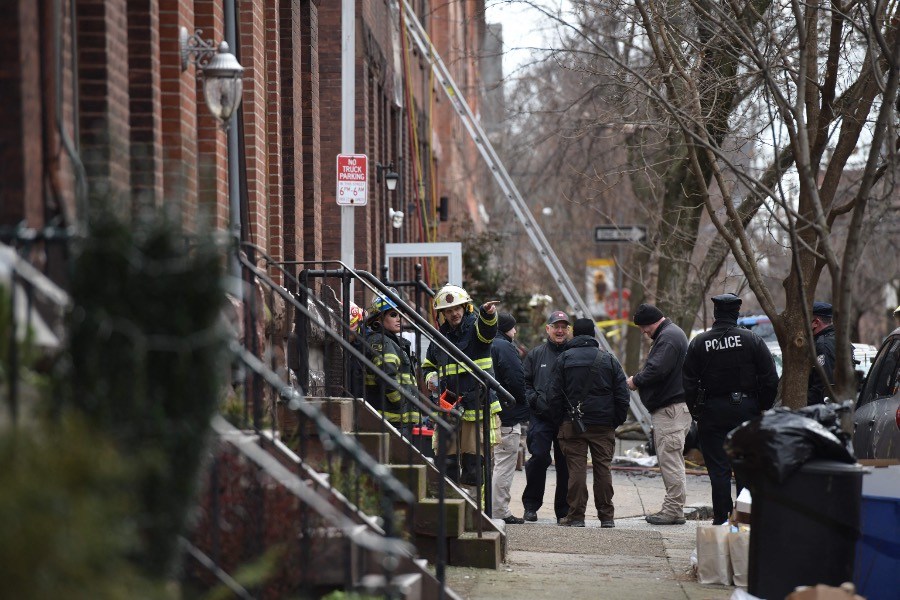 Firefighters at the scene of the house fire in Fairmount. Photo by Ed Jones/AFP via Getty Images

Murphy said a “thorough investigation” would be forthcoming and that there’s no reason for the fire to be considered “suspicious” at this time. Police commissioner Danielle Outlaw likewise said it was “too early” to determine if any criminal investigation was necessary, the Inquirer reported.

In brief remarks, Mayor Jim Kenney described the fire as “without a doubt one of the most tragic days in our city’s history.” He cautioned against drawing premature conclusions about the number of people living in the building, noting that “sometimes it’s better for people to be indoors than on the street.”

The fire is among the deadliest residential fires in recent years nationwide, the New York Times reported. It’s also one of the worst disasters to occur in the city in recent memory, with the death total exceeding the six killed in the 2013 Salvation Army building collapse, the seven killed in a 2008 Southwest Philadelphia house fire, and the 11 killed in the 1985 MOVE bombing.

Multiple city officials have made statements in the wake of the fire. City Council President Darrell Clarke at a press conference on-site on Wednesday said he was at a loss for words: “This punches you in the gut. It’s just tragic. … We’re just praying for the family, praying for the block, praying for everybody involved.”

DA Larry Krasner said, “The city owes it to the victims, the survivors, and to all Philadelphians to conduct a thorough investigation into this travesty, so that we can make sure it never happens again.” He added, “Housing stability and housing health are public safety issues with which law enforcement is all too familiar. … My office will continue to work with our partners in government to advocate for access to affordable, stable, and safe housing for all Philadelphians because it makes our communities safer.”

A number of other political figures shared their condolences online.

Devastated over this morning’s tragic fire that killed 13 Pennsylvanians, including 7 children, in Philadelphia.

My heart goes out to the loved ones left to cope with this heartbreaking loss of life.

Thank you to the brave first responders who got the fire under control.

I'm devastated to learn about this fire that has killed at least 13 people, including 7 children. My thoughts and prayers are with the families and the Fairmount community during this difficult time and my office is in communication with local officials to offer support. https://t.co/yQadlfxeAO

My heart is with the families and loved ones of the victims of the tragic fire in Philadelphia.

I am heartbroken and devastated by the news of this morning’s fire at a PHA complex and for the children, family members, classmates, and loved ones. This tragedy is unimaginable.

I’m having a hard time finding the words to express my deep sorrow for the heartbreaking loss of at least 13 lives, including 7 children, in this morning’s fire in Philadelphia.

How You Can Help

Various groups have organized outreach efforts in the wake of the fire. The Salvation Army is providing meals at a nearby school and made clergy available to offer spiritual and emotional care to those affected by the tragedy. Another local clergyman is holding a prayer vigil on Zoom (link here) at 6 p.m.

Local nonprofit Children First Pa., which organizes toy drives and fund-raisers to help pay for children’s summer-camp opportunities, has also created a page for donations. “We just knew people wanted to respond immediately, so we wanted to create a way for people to do that,” says Donna Cooper, the charity’s executive director. All donations will go to the families affected by the fire.