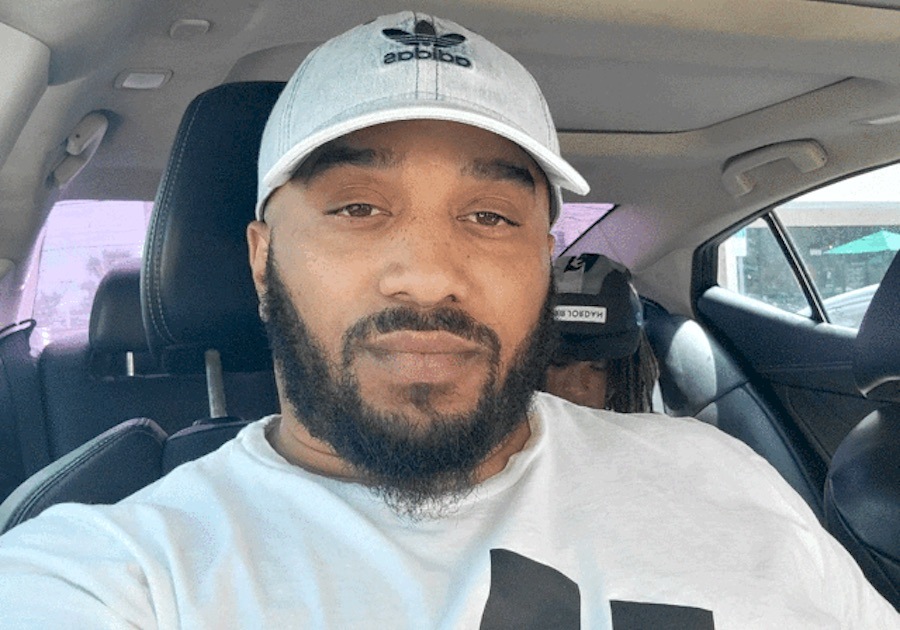 Philly’s own Eugene Bozzi a.k.a. Abdul Gene Malik, who wrangled an alligator into a trash can in Florida this week (photo courtesy Eugene Bozzi)

When Philly born-and-bred Eugene Bozzi, a.k.a. Abdul Gene Malik a.k.a. @NorfPhilly_geno, woke up on Tuesday morning at his Central Florida home, it was just a normal day. But it soon became anything but thanks to an alligator that appeared in his yard, his efforts to humanely dispense with the thrashing beast, and the international media storm that followed a viral video (seen below) of the incident. We caught up with him on Friday morning to find out why he left Philly in the first place last year and where he goes from here. 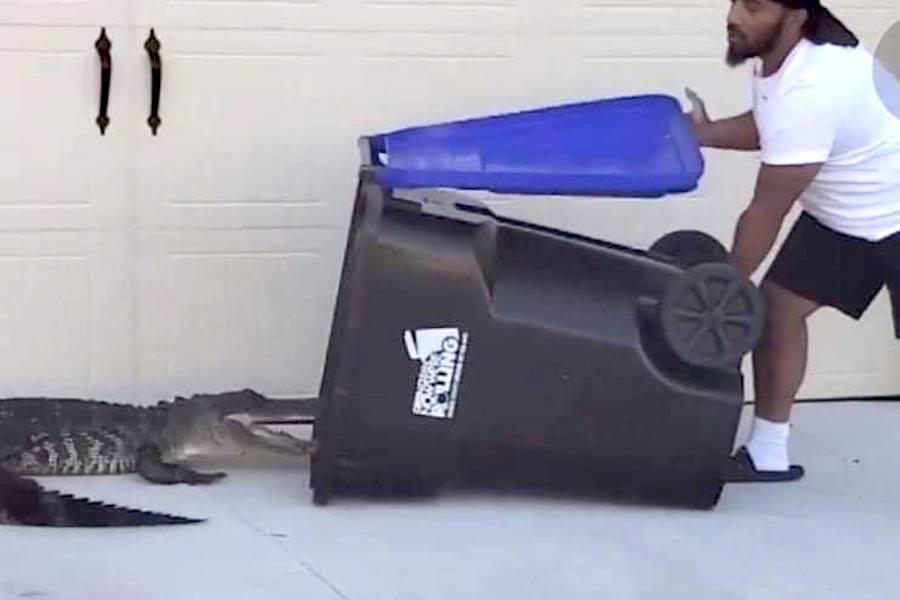 Eugene Bozzi a.k.a. Abdul Gene Malik, who wrangled an alligator into a trash can in florida this week (photo courtesy Eugene Bozzi)

Congratulations on not dying when you wrangled that alligator into the trash can.
[Laughs] It’s been crazy. I did CNN last night. I’ve got calls from South African media wanting to talk to me. Right before you, I talked to the Miami Herald. It’s been a lot.

Well, I do appreciate you giving your hometown magazine a call amid the frenzy. And I’m going to ask you some questions other outlets probably didn’t think to ask. First is, how did growing up in Philly prepare you to face down a deadly alligator in Florida?
Man, I was was born and raised in the Passyunk projects. I went through the whole DHS thing. I lived at 20th and Montgomery, surrounded by a lot of guys who probably wanted to kill me.

But it’s safe to say you never actually encountered an alligator in Philly, right? Maybe other than at the zoo?
That’s it. That’s the thing. If I grew up down here, I’d know full well not to go near an alligator. But I just left Philly in 2020. So when my 11-year-old daughter comes in and tells me there’s an alligator outside, I just acted. I honestly didn’t have any fear. I was just a man protecting his family, and I delivered the gator to his natural habitat.

What were you doing in Philly before you moved to Florida?
I was a bus driver for SEPTA. Seen it all. That is a hectic job, dealing with all those people.

Below, watch Eugene Bozzi trap the alligator inside a trash can outside his home in Florida. (Video courtesy Eugene Bozzi)

And why on Earth did you move to Florida? You’re not an old man, and I thought Florida was where old men moved to retire. Particularly old white men.
I have to be honest with you. We left because of the situation in Philly. With the riots in June of 2020, there were buildings near me that were burned down. And all the gun violence. I understand why people are frustrated, but when it comes down to it, I have a wife and young children, and I need to look out for them. And you have to remember, I’m a combat veteran who served in Afghanistan. So all these bullets and all this destruction, it’s intense. Seeing a car on fire affects me in a way it might not affect you.

I certainly thank you for your service. What is life like in Florida?
These kids can go out and play basketball and football, no problem. They can ride their bikes in the street, and I don’t have to worry about a thing. It’s just a much different place.

And what do you miss most about Philly?
Aw. The food. Mmmm. Mmmm. Those cheesesteaks at Max’s on North Broad. The soul food. The little Chinese joints in the neighborhood. But the gun violence, that just ain’t working for me.

If things improve in Philly, would you move back here?
I’m neutral on that right now. We need to get back to being the City of Brotherly Love. All the hate has gotta stop. Don’t worry about what people are saying on social media. You do you. God will answer your blessings.

You mentioned working for SEPTA. What is it that you do in Florida, other than winding up in a viral video with an alligator?
Well, I’m semi-retired, but I was just working on getting my CDL, so I can be a truck driver.

The way you said “was,” it’s making me think you might have other plans now that an alligator came into your life?
I’m right now working on a pitch for Netflix. Please, Netflix. If you want me to be your Black Steve Irwin, that’s me. You want to put me in Alaska with some grizzlies? Let’s do it. I’ll bring my Philly slang into a shark cage, no problem. I go to sleep watching animals running wild on Animal Planet.

Chasing king cobras through Southeast Asia?
If there’s a $100,000 check behind it, yes. It’s funny, because just a week ago, I was thinking to myself that I need to figure out a way to travel the world. Maybe I just did it. Maybe this alligator helped me. I’m blessed. So blessed.