Harry Styles Declared His Love for Wawa at His Philly Concert

But was his declaration genuine? An investigation. 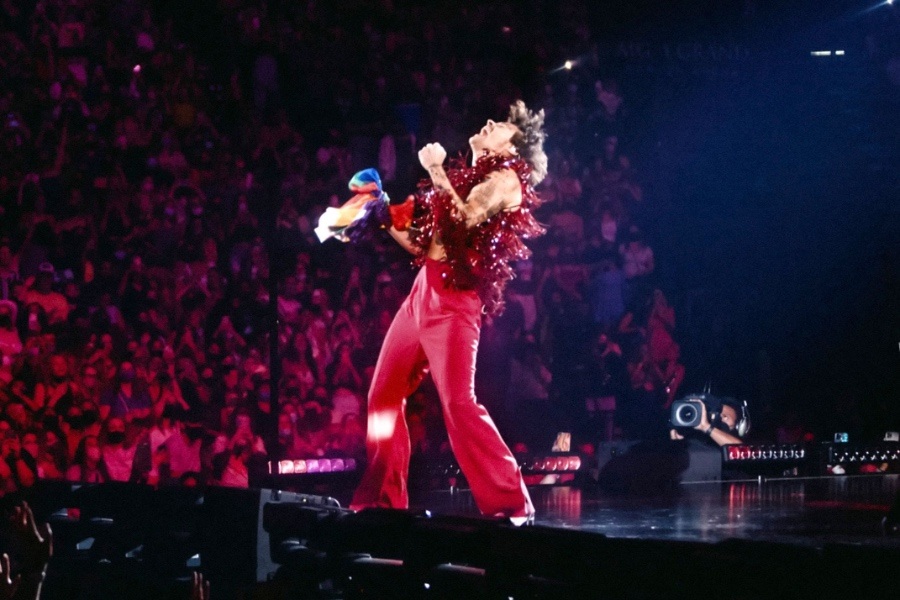 One imagines this is how Harry Styles feels after setting foot inside Wawa. Photo by Anthony Pham/via Getty Images

Noted pop star and hot person Harry Styles hasn’t been on tour for a while, so you can imagine he’s been experiencing cravings of the sort that can only be fulfilled by a crowd of 20,000 equally ravenous fans screaming at him in a fit of delirium.

Good thing live concerts are back! Styles is currently making his way around the country on his “Love On” tour, or possibly his “Love on Tour” tour; it’s hard to say for sure which is correct. Anyway, at the Wells Fargo Center the other day, Styles was in the midst of that time-honored concert tradition in which the singer riffs on the host city, as if to say, “Here’s what I love about your city that I’ve only ever spent two hours in at a time before hopping into my tour bus.”

But Styles, that wily old concert wizard, knows how to get a crowd under his spell, all riled up, and convinced that he really gets them, so he said this, in his typically delectable British accent:

“You know what else is great about Philadelphia? WAWA, BABY!!!!!!”

Needless to say, everyone went buck.

Now, perhaps you’re an icy-hearted, godless, close-minded cynic who chooses to believe that name-dropping Wawa is simply Styles tossing bait to Philly fans he knows will respond with the kind of adulation he’s been missing out on of late.

But then how do you explain this!!

Yes, that is Harry — Harry Styles — pictured inside a freakin’ Wawa circa February 2020! He even signed paper bags while he was there, like a true gent. (Technically, this isn’t Styles’s first appearance in the Philly environs. He was spotted, back when he was much less stylish, at a Villanova pizza shop in 2015.)

In a behind-the-scenes radio appearance captured by Philly Mag’s own gentleman paparazzo, HughE Dillon, Styles later explained that as he walked into the Wawa, he happened to notice that the store was playing the One Direction hit “Night Changes.” That definitely had nothing to do with the fact that a horde of young women in the store swarmed him on sight, but hey, it’s a nice coincidence.

Point is, Styles has actually been to Wawa. He’s even talked about it more than once. We give only minor deductions for the fact that he went to a store in Delaware, not Philly.

The true test of whether this was just a pandering move will come in a month’s time, when the “Love on Tour” tour takes to the PPG Paints Arena in Pittsburgh on October 14th.

Until then, we wait with bated breath to find out: Will Styles mention Sheetz???