An uncomfortable encounter in Center City has reminded me that going outside again means a return to some BS as well. But inaction is no longer an option. 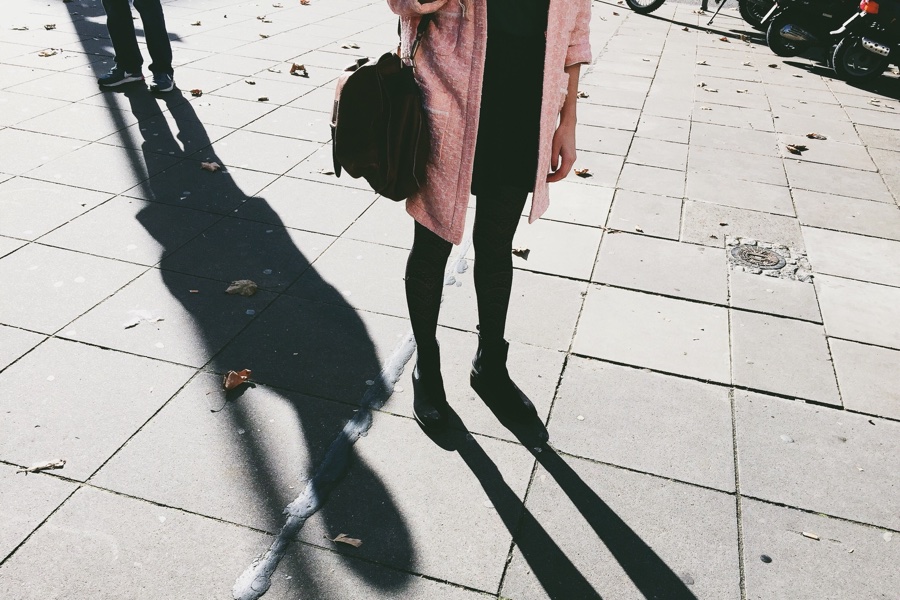 As the world reopens, we need to finally take a stand on catcalling and street harassment. Photo: Sinan Saglam/EyeEm via Getty Images

It was a Friday morning in Center City that was off to a good start. Then things got tense.

I had wrapped up a monthly massage session and was off on my shopping rounds down Chestnut Street. For me, the busy intersection of Broad and Chestnut has always represented the heart of Center City. Tourists, artists, politicians, and everyday Philadelphians all cross paths here, and it’s always tempting to take a quick photo of City Hall towering over it.

But it’s not all good vibes when so many people converge: With crowds comes increased opportunity for street harassment. Whether in the form of catcalling, unwanted touching, and/or physical intimidation — behavior that’s been normalized and even encouraged in pop culture — the heightened frequency of men harassing women during the summer is unbearable.

Just the other day, I witnessed such an incident. I was walking down Chestnut when I encountered a man harassing a young woman in a sundress who was doing everything she could to ignore him. While she stood on a corner, the man circled her, dramatically looking her up and down. This creepy approach plays into the “Look, but don’t touch” mind-set of guys who think it’s not catcalling as long as they’re “only looking.” He didn’t say anything to her, but his body language, the way he invaded her space, spoke volumes. She looked in every other conceivable direction in an attempt to avoid a confrontation.

Before the pandemic, I struggled with what to do in these situations. I wasn’t sure if I should say something in the moment or wait until the incident ended to check in with the person being accosted. But as I’ve read more on sexual harassment and #MeToo, I’ve realized the importance of overcoming the bystander effect — which often enables predators to misbehave in crowded areas.

So I walked over. The woman shot me a look of discomfort, a combination of annoyance and exhaustion. I was aggravated watching this encounter go on while others passed as if it was none of their business. I stood there for a second while I figured out what I wanted to do. I feared that speaking to the perpetrator could spur a violent reaction. So I decided I would do to him precisely what he was doing to her. I wanted to see if he’d get it. As he continued to walk around her, leering, I got up close and leered at him. He tried to ignore me, right up until he couldn’t. It got more and more awkward as he realized I was zeroing in on him the way he’d been zeroing in on her.

He instantly became aggravated, looked in the opposite direction, and walked off. Before turning the corner, he yelled a homophobic slur. The woman, relieved, chuckled to herself and crossed the street. My tactic had worked, even though I ran the risk of it backfiring.

Over the years, I’ve come to learn that toxic masculinity — that poisonous cocktail of misogyny, homophobia, hyper-sexuality and hyper-aggression — is weakened when it’s called out and challenged publicly. What made that man stop harassing that woman on Broad and Chestnut was that he was experiencing the very same thing done to him — by a gay man. And it seems that sexism in society only allows for men, regardless of sexual orientation, to check other men on it — because women often aren’t believed and treated as equal. That this guy reacted the way he did proves he knew what he was doing was harmful and threatening. It’s shitty that it took another man to show it to him. But given the inequality women face as the majority of street-harassment victims, men need to leverage their privilege in these situations and call this crap out.

According to a recent report from Stand Up Against Street Harassment, 78 percent of women say they’ve experienced sexual harassment in public spaces (including catcalling, touching, stalking, flashing and assault), with only 25 percent of those women reporting that someone helped them in those situations. Some reports suggest that catcalling and street harassment have gotten worse during the pandemic, with fewer bystanders around to intervene. In Philadelphia, there are a great number of resources at our disposal that we can use to reverse this trend.  If we as a society claim that we want to be better than we were before our lives were upended by COVID, this is one major way we can step up. Just as we’ve learned to no longer be silent on white supremacy — given last summer’s racial uprisings and calls to stop Asian hate — we must keep that same level of focus on addressing street harassment and rape culture.