A report from the Trust for Public Land finds that while 95 percent of Philadelphians live within a 10-minute walk of a park, access to green space in the city is far from equal along racial and economic lines. 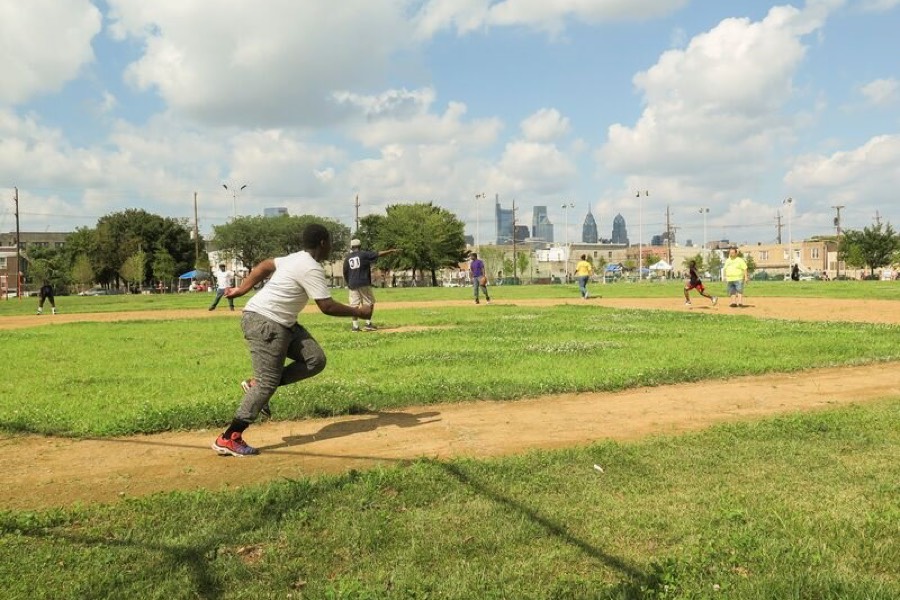 Access to parks in Philadelphia varies greatly along racial and economic lines, according to a new report. (Photo by Elyse Leyenberger, Courtesy of The Trust for Public Land.)

It’s no secret that access to green space in Philadelphia is highly unequal. Some Philly neighborhoods can be up to 20 degrees hotter than others during the summer months, thanks to a lack of tree canopy coverage, or what’s known as the “urban heat island” effect.

A similar dynamic is at play with the city’s parks. While an impressive 95 percent of Philadelphians live within a 10-minute walk of a city park, according to a new report from the Trust for Public Land, the amount of green space available to Philly residents varies greatly based on income and race. The report, which looked at park access nationwide, found that residents of lower-income neighborhoods in Philly have access to 44 percent less park space per capita than richer neighborhoods; similarly, neighborhoods of color have 42 percent less park space compared to white neighborhoods.

The figures reflect the legacy of decades of racist policies, including disinvestment and redlining. But while Philly’s equity score is slightly better than the national average of cities surveyed the report, it fares worse than a number of peer cities. In Boston, for instance, lower-income neighborhoods have 20 percent less park space than wealthier neighborhoods. In D.C., there’s 15 percent more park space per capita in diverse neighborhoods compared to whiter neighborhoods.

The result in Philly, says Owen Franklin, the Pennsylvania state director for the Trust for Public Land, is that “we’ve oftentimes got dense neighborhoods with smaller parks, and they’re serving more people.” That was all the more true during the pandemic, when parks became one of the few places in which people felt safe socializing and spending time outside.

The parks here face additional challenges beyond righting decades of systemic inequality. Out of the 100 cities surveyed by the Trust for Public Land, only 15 spent less per capita than Philadelphia on park maintenance. That already dismal picture is made bleaker when you consider that the city’s Parks and Recreation Department got hit with a $12 million budget cut thanks to the pandemic. “The budget took a big hit at time when park usage, and park need, has been higher than ever before,” says Franklin.

But until we can improve and maintain the current parks, the situation will only get worse, says Alex Doty, executive director of the Philadelphia Parks Alliance, a nonprofit advocacy group. “The first thing we should do is take care of the programs and spaces that we already have,” he says. Philadelphia already has the largest network of public pools in the country. There are more than 100 recreation centers throughout the city, many of which have been refurbished through Mayor Jim Kenney’s Rebuild program funded by the soda tax. But those resources are only good if they actually have ample staff working there.

“Historically we’ve looked at Parks and Rec as a burden, instead of seeing it as an asset,” Doty says. “We’re wasting money by not taking advantage of it. We’re wasting a resource that can contribute to mitigating poverty, mitigating climate change, and making our city livable.” Even in spite of the budget challenges, Doty says he’s encouraged by the Parks and Rec Department’s recent efforts to concentrate what limited staff it has at locations where there’s the greatest need. “The neighborhoods that are suffering from spikes in gun violence need safe, welcoming spaces outside,” he says. “And that’s what we need to deliver.”

Franklin makes a similar pitch. “Investment in parks is an investment in community cohesion, in health, in climate, in safety, in connectivity, in everything that community needs,” he says. “There are few assets I know of that can do as many things at once as a park.”