For a personalized shout-out from T.O., be prepared to pay $400; the budget-conscious can consider Vince Papale at a mere $55. 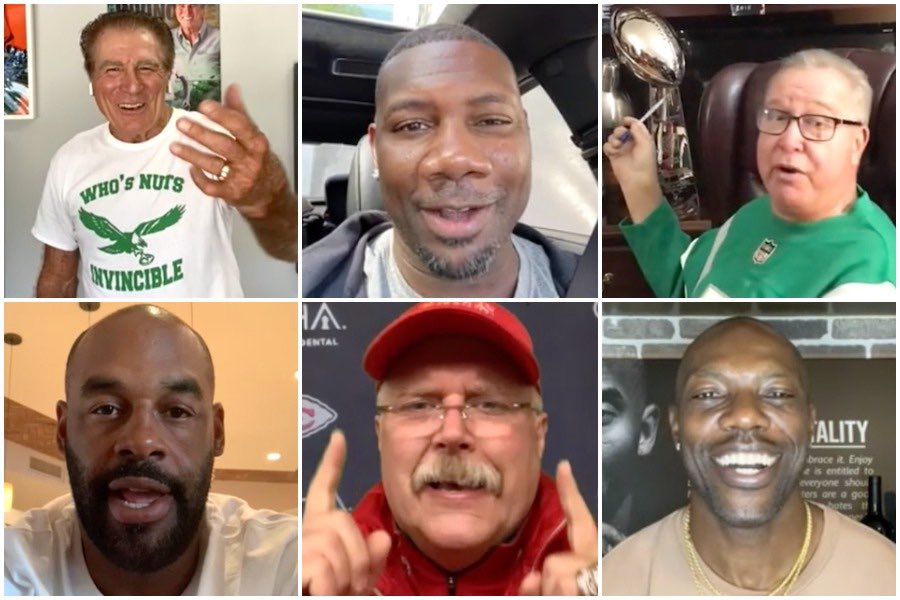 In times of yore, Philadelphia sports stars, semi-stars and utter has-beens would show up at memorabilia conventions and VIP events at the stadiums to sign autographs and pose for selfies with fans and admirers. In the age of COVID, they’ll sell you customized videos and DMs through Cameo, the billion-dollar celebrity shout-out app.

If you’re not familiar, here’s how it works: Via the Cameo app, you pay the requested fee and answer some questions. (What’s the occasion? What do you want your celeb to say? What pronouns do you want used?) Cameo takes a cut, and the celeb sends you what you’ve requested in a promised timeframe; you get a refund if he’s too busy or your request isn’t something he’s willing to fulfill. (Keep it clean, people!)

We delved into the Cameo app to see what Philadelphia sports figures are selling their personalized words for profit — and how much their services are worth.

Brian Dawkins
Video: $449.99 / DM: $2.99
The popular safety played from 1996 to 2008 and appeared in Super Bowl XXXIX, which we lost. But he later rejoined the team as a player-development exec and was here when we won Super Bowl LII.

Mike Quick
Video: $209.99 / DM: $0.99
He played for us at wide receiver from 1982 to 1990 and is perhaps best remembered for connecting with Jaworski on a 99-yard overtime touchdown. Quick is still around, offering color commentary for Eagles broadcasts.

Bill Romanowski
Video: $139.99 / DM: Free
If there’s someone out there you don’t like, you might want to consider having our 1994-’95 linebacker send an angry video. His NFL career highlights include kicking and spitting on other players and even throwing a microwave at a teammate. Yikes!

Vince Papale
Video: $54.99 / DM: N/A
You probably would have forgotten about him if not for Invincible, the 2006 Mark Wahlberg movie based on his career, which ended in 1979. Naturally, a poster for the movie hangs behind him in his Cameo videos.

Andy Reid
Video: $15.99 / DM: $0.99
Okay, okay. It’s not the actual former Eagles coach, but an impersonator who calls himself Almost Andy Reid. There are a host of celebrity impersonators in the Cameo world. It’s a thing.

Ryan Howard
Video: $349.99 / DM: $2.99
The former first baseman and home-run hitter holds all sorts of Phillies records and helped deliver the 2008 World Series to the city.

The current Phillies outfielder’s fee might go down a tad if he doesn’t improve his performance this season.

Curt Schilling
Video: $159.99 / DM: $4.99
The pitcher helped take the Phillies to the World Series in 1993. We lost. His reputation tanked — along with his Hall of Fame prospects — after he made controversial statements about Muslims and gay people, among others. He’s so hated that he’s basically been blacklisted by the Hall of Fame.

Gabe Kapler
Video: $79.99 / DM: N/A
Now, before those of you who are admirers of the ousted Phillies manager’s underwear modeling get too excited, he’s fully clothed in all the Cameo videos we dutifully reviewed. Sorry!

Brett Myers
Video: $59.99 / DM: $4.99
Perhaps the pitcher who was part of our 2008 World Series team will sing you a very honky-tonk happy birthday. He’s moved on from baseball to being a country singer.

Greg Luzinski
Video: $54.99 / DM: $2.99
“The Bull” helped us win the 1980 World Series. Nowadays, you can eat BBQ at his restaurant inside Citizens Bank Park. (In fact, during non-COVID times, he’s there for pretty much all the games and is quite friendly with fans. So you can probably get an in-person birthday wish and save the $54.99. Don’t feel bad, because the food is overpriced.)

Daryl Morey
Video: $999.99 / DM: N/A
A bit steep, especially for a guy who’s not a star player but instead the president of basketball operations for the 76ers. He does donate his full cut to the ACLU.

John LeClair
Video: $159.99 / DM: $9.99
The left wing played for the Flyers for 10 seasons and was part of the team’s “Legion of Doom” forward line. He’s one of the five highest scorers in the team’s history.