Didn’t Get an Email After Submitting a Vaccine Interest Form? The City Promises You’re on the List

If there's any doubt, the health department says it will soon be sending check-in emails to everyone on the list. But if you're really skeptical, you can always sign up again. 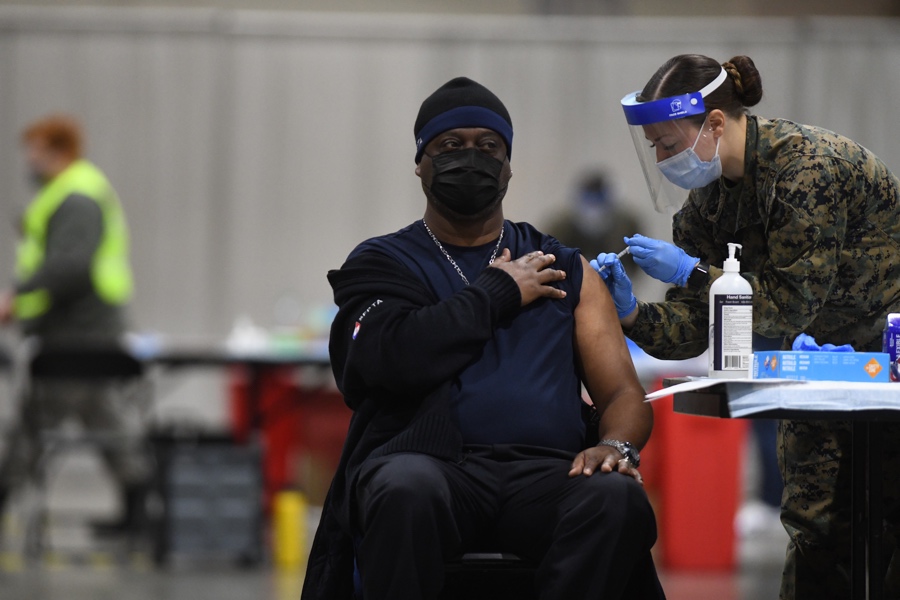 If you completed the city’s vaccine registration form but haven’t received any emails from the health department, that should be changing soon, officials say. Photo by Mark Makela/Getty Images.

Philadelphia’s vaccine rollout has been — how to put this charitably? — a national embarrassment. The first online form where people could register their interest in receiving a shot was run by the now-disgraced start-up Philly Fighting COVID. The city encouraged people to sign up there, but it turned out the data went to PFC, not the health department. So the city created a form of its own.

That form (credit where it’s due!) is quick and easy to use. But the health department, which has been inviting people who registered via the form to make appointments for the vaccine, found out that some folks are sharing their registration links, which lets those outside the current 1A and 1B eligibility categories make appointments. That’s why the FEMA clinic at the Convention Center has spent a good chunk of time — starting before it even officially opened — canceling illegitimate appointments. (The city has said it’s working on a software fix that will prevent links from being forwarded — though it’s not ready yet.)

Confusion also stems from the fact that not everyone who signed up using the city’s vaccine interest form — which has been live for six weeks — has received a confirmation email. Initially, the city wasn’t sending out confirmations to those who signed up; a few days ago, it changed course and decided it would be a good idea to do so. Makes sense. Except that sending confirmations to the newer signees has created some doubt among those of us who already signed up and still haven’t received any response from the city.

At a press conference Tuesday, health commissioner Tom Farley said that the city has been “periodically sending out emails that simply say ‘We have you in our database and we’ll invite you when the opportunity arises’” to everyone using the interest form. An informal poll of the Philly Mag staffers on the list, however, found that not one of us has received such an email.

It turns out that’s because none of the emails have been sent yet. A city health department spokesperson says the first will be going out any day now, just as soon as the text is translated into other languages, which should be complete by Thursday. At that point, the emails — which, again, are not appointment invitations, but rather acknowledgements that you’re on the list and will receive an invite once you’re eligible — should come every two weeks, the spokesperson says.

So if you’ve filled out the form but haven’t gotten any response from the city yet, you may want to just hold tight. Or, if you have no faith whatsoever, you can always fill out the form again, which will trigger the automatic confirmation. “Everyone should feel free to sign up a second time if they want to,” Farley says. “That’s not a problem.”