Tornadoes, Thunderstorms, 70-Degree Days: Is This the New Fall in Philly?

We've assembled a panel of climate experts, and they tell us that basically, regrettably, the answer is: yes. 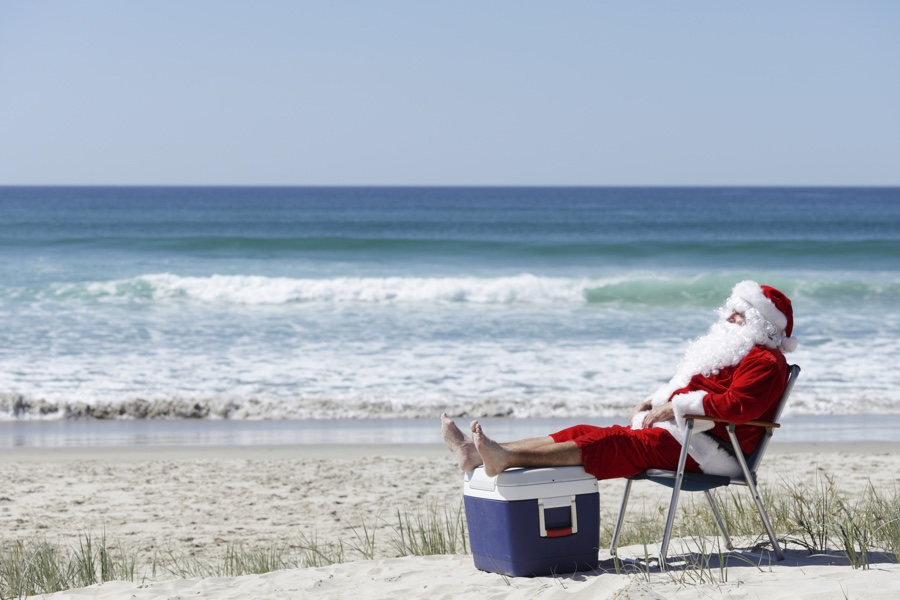 A warmer region could mean Christmas at the Shore — as well as more tornadoes, floods and deadly heat waves in Philly. Photo by davidf/Getty Images.

On Friday, April 26, 1872, there was weather in Philadelphia. Extreme, oppressive, 89-degrees-in-the-middle-of-spring weather. It drove the Philadelphia Inquirer to deliver a rather impassioned sermon on the subject:

The sudden change in the weather yesterday came with unexpected severity upon our citizens, and its depressing effects were plainly visible. Those whose employments required active outdoor exertion were more particularly affected by it. Overcoats suddenly disappeared and lighter garments were in demand. … The effects of the intense heat were perceptible on the condition of horses employed in cars and other vehicles. The animals not having shed their winter coats suffered greatly from this unprecedented heat.

Here in the 21st century, we’re still talking about the weather with great verve (albeit with slightly less 19th-century newspaper flourish and focus on horses). And for good reason. This year has seen its fair share of weather of “unexpected severity” and “depressing effects”: a derecho that killed three people in June; six inches of rain in July, producing flash floods; a tornado warning for Philly this week and an actual tornado in Montgomery County. Even the not-so-depressing 69-degree day on January 11th (the hottest ever on record for that date) deserves to be filed under unexpected.

So is this the new normal?

“The bottom line is, it’s getting hotter and wetter here,” says Rachel Valletta, an environmental scientist at the Franklin Institute. Indeed, according to an analysis by the University of Massachusetts Amherst, since 1895, the average temperature in Pennsylvania has increased by 1.4 degrees Fahrenheit, and in 13 of the past 15 years, the average annual temperature has exceeded that of the annual average across the entire 20th century — a strong sign that temperatures in recent years have been historically hot and not just a fluctuation. From 1958 to 2012, the amount of rainfall coming from the very worst storms increased 71 percent, which is probably part of the reason your phone has been blowing up with flash-flood alerts over the past few years.

Of course, the reason for this is well documented: climate change, caused by humans. Warmer temperatures mean the atmosphere can hold more moisture; more moisture means larger storms; after those storms, thanks to warmer temperatures, more evaporation takes place, which means more water in the atmosphere and resulting larger storms. And so the cycle goes.

“The bottom line is, it’s getting hotter and wetter here,” says Rachel Valletta, an environmental scientist at the Franklin Institute.

Still, there’s a distinction between the day-to-day fluctuations of weather and the broader, decades-long shifts of climate. “Think of weather fluctuations as playing out on a moving background,” says Valletta. Any given weather event might be extreme and unrelated to the broader climate-change forces at play (example: 89-degree spring days in the 19th century). But when laid on top of that moving background of warming, weather events are getting, and will continue to get, worse.

Generally speaking, drawing causal conclusions is difficult. A series of studies of 2017’s Hurricane Harvey, using sophisticated computer modeling, did find that climate change made the storm more likely, as well as about 15 percent worse than it would have otherwise been. But we often can’t pin down which storms were caused or made worse by climate change and which were simply extreme weather that would have happened absent such change.

We do know this: According to the National Weather Service, there were 19 verified flash floods in Montgomery County from 2013 to 2015, none in 2016 and 2017, and then more than 20 in both 2018 and 2019. “Even if we cannot definitely say that each of those is because of global warming, what we can say is that because the climate has already changed, because the temperature has already gone up, it is our expectation that events like these will become either more common or more intense,” says UMass climate researcher Ambarish Kalmarkar.

For all the attention brought on by tornadoes, floods, and warm days in the winter, the biggest danger to Philadelphians will likely come from something else: heat waves.

Adam Joseph, meteorologist at 6 ABC, tells a similar story about tornadoes. “This year is now in first place with 36 tornado warnings issued!!!!” he writes in an email. “Last year is now second with 32 issued and 2011 with [massive hurricane] Irene was 29. So we have indeed had a spike in tornado activity or severe storms within the last decade for sure.” He suspects that warming during the colder seasons is producing more severe weather.

For all the attention brought on by tornadoes, floods, and warm days in the winter, though, the biggest danger to Philadelphians will likely come from something else: heat waves, which Valletta says are “much more worrisome,” in large part because certain neighborhoods in the city can be upwards of 20 degrees hotter than others — an inequity that falls along racial and economic lines. (In this magazine’s November 2019 story on what cities can do to mitigate climate change, we suggested increasing tree canopies in these neighborhoods to combat this “urban heat island” effect.)

That view is echoed by a new analysis from the Federal Emergency Management Agency, which finds that when taking into account not just raw temperature but also other factors like income and race, Philadelphia is the single most at-risk county for heat waves in the entire country, facing an estimated eight deaths per year. In addition, FEMA deems Philly at “very high” risk for tornadoes, with an estimated annual loss of seven lives in addition to $1.9 million in property damage. And FEMA’s list of “very high” risk indicators for Philly goes on: ice storms, riverine flooding, lightning, wind and winter weather. No wonder Philly ends up in the 99th percentile of risk nationwide for adverse weather.

So yes, maybe the weather here really is as bad as it seems.