The West Philly resident will remain on a minimally restrictive form of house arrest until he goes to trial on charges that he participated in the arson of a cop car. 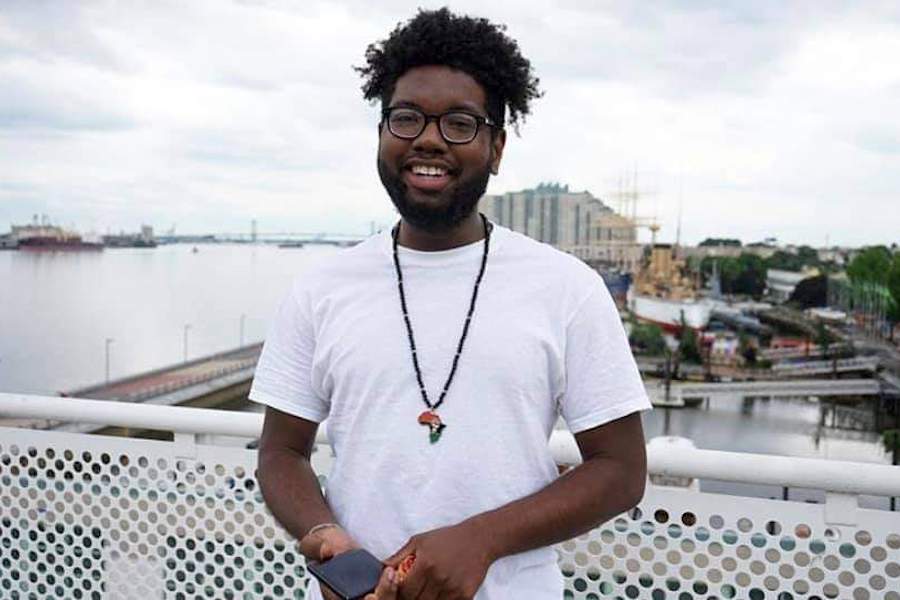 West Philadelphia activist Anthony Smith, who has been charged with setting a Philadelphia police car on fire. A judge has ordered his release pending trial. (Photo provided)

Two weeks after the FBI arrested prominent West Philadelphia activist Anthony Smith for his alleged involvement in the arson of a police vehicle, a federal judge has released Smith on a form of house arrest until trial.

Prosecutors wanted to keep Smith in prison, insisting that he is a danger to the community. In a motion for pre trial detention filed by the Department of Justice last week (embedded below), investigators stated they have video footage, photos and a social media post allegedly written by Smith which support the claim that he participated in setting a cop car ablaze during the George Floyd protests.

Anthony Smith Arrest: Feds Release Photos and Other Details from the Arson Charges by Victor Fiorillo on Scribd

In a motion filed in response, Smith’s attorney Paul Hetznecker argued that the evidence presented by the government is “weak and ill conceived” and that the feds are overstepping their normal bounds by charging this crime at all. Hetznecker says that this should be a simple property crime case in state court, and that the United States Attorney’s office is using the technicality that city police receive federal funding to claim jurisdiction. 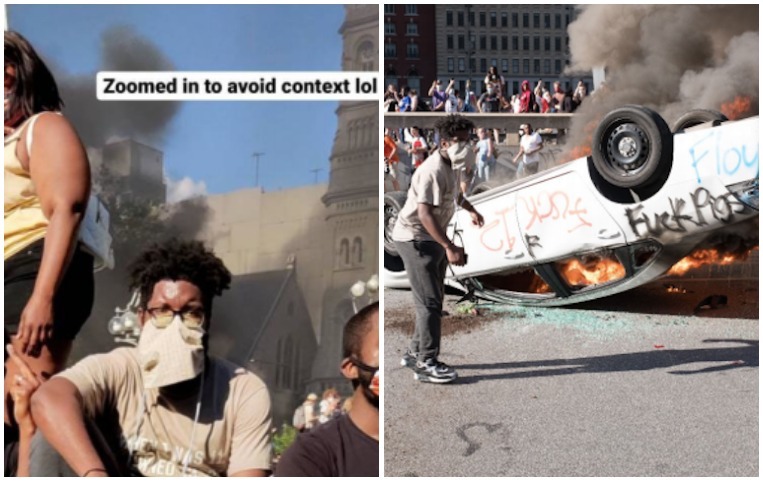 Left: A social media post that the feds claim was written by Anthony Smith. Prosecutors allege that this is Smith sitting on top of the cop car that was then set on fire. (Image via court exhibit) | Right: Prosecutors allege that this is Smith participating in the arson of the cop car. Smith has pleaded not guilty on all charges. (Image via court exhibit)

But the most persuasive elements of Hetznecker’s response were probably the dozens of letters written on behalf of his client, which Hetznecker used to establish his deep ties to the community, a factor a judge weighs heavily when considering bail. Those letters came from Smith’s family members, friends, former classmates at Arcadia University, community leaders, and coworkers as well as his direct supervisor at YouthBuild Philadelphia Charter School, where Smith is a teacher.

“At his core, it is clear to me that Ant cares deeply about people, and about community,” writes Sarah Burgess, the director of curriculum and instruction at YouthBuild. “He individually greets everyone who enters his classroom or who passes him in the hallway… He is not interested in the spotlight. He is interested in the wellbeing of a community.”

Notably, Smith was also named one of the 76 “most influential Philadelphians” in the current issue of Philly Mag for his work as a lead organizer with the Philadelphia Coalition for Racial Economic and Legal Justice (Philly for REAL Justice), the group that targeted the Frank Rizzo statue for removal.

After a required 14 day quarantine period at his home, Smith will remain on an electronically monitored curfew, one of the least restrictive types of house arrest. He’ll be permitted to return to his job as a teacher but must remain inside his house at night.

Hetznecker is pleased that Smith was sent home, but he has grave concerns about the charges against his client.

“This is about cracking down on political dissent,” Hetznecker tells Philly Mag. “This was a political decision. They are criminalizing dissent. Leftism has been demonized by the right wing law enforcement community.”

Hetznecker thinks it’s possible that some of the video footage and photos in the possession of the FBI came not from bystander video but because the FBI may have had Smith under video surveillance due to his prominent activism.

“There is a long history of the surveillance of progressive political activity,” Hetznecker points out. “It’s a threat to the First Amendment and a danger to our democracy.”

If convicted, Smith would face a mandatory minimum of seven years in federal prison and as many as 65 years, according to the office of William McSwain, the United States Attorney for the Eastern District of Philadelphia.

“If you engage in this type of criminal activity, it doesn’t matter who you are – you will face the consequences,” McSwain told Philly Mag when asked for comment on the case.