An interview with the Borgata’s new president, Melonie Johnson. 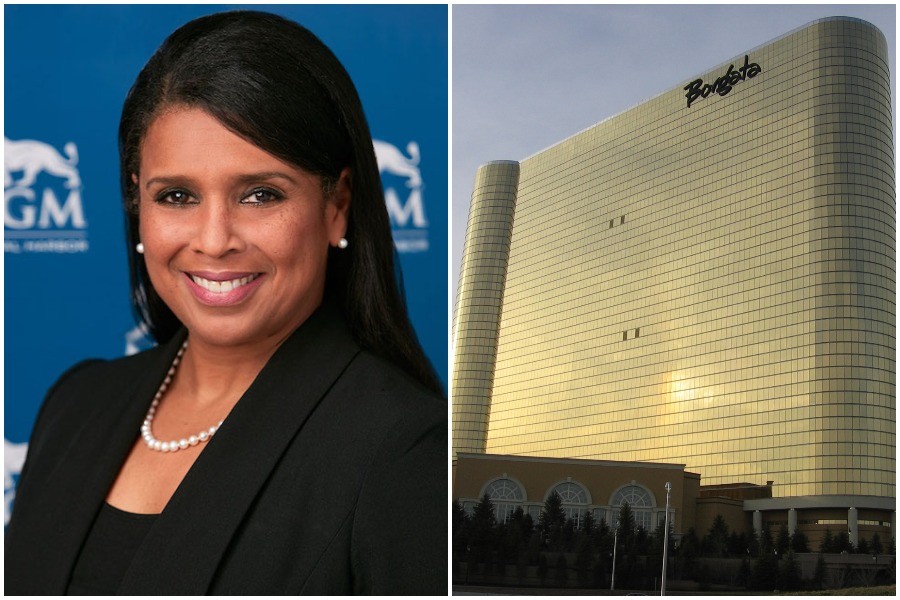 This summer, Melonie Johnson became the new president of the Borgata Hotel & Casino. That makes her the first Black woman to run a casino in Atlantic City — and one of only a handful of Black women who are leading casinos in the entire country. We caught up with her recently, just after the Borgata reopened to the public during the COVID-19 crisis.

I understand that you grew up in tiny Lacombe, Louisiana. How do you get from there to being the first Black woman to run a casino in Atlantic City?
It definitely was not from a playbook. I promise you that. I started out as a commercial loan teller and then I moved from banking to oil and gas, where I worked in accounting. Then the company I was working for filed Chapter 7, and even though I did have a college degree, I never got my MBA or CPA, so that lit a fire under me and I became a CPA. And eventually, I got hired as a manager of financial accounting and reporting at Harrah’s in Louisiana. That was 1993. I’m a little dated.

Were you still in the area when Katrina hit?
I was right in the middle of it. I had actually just left the gaming industry to work for Six Flags down there. Yep, August 29, 2005. I thought that was bad, but it doesn’t compare to COVID. It had an impact on one section of the country. Not the entire world.

So from casinos to amusement parks?
When I left Harrah’s, I was the director of finance, and I wanted to try a different industry. I was at Six Flags for five years, and after that, I decided to go back into the gaming industry. I worked for Harrah’s, which then transitioned to Caesar’s. Then I went to Penn National. I was in Aurora, Illinois and West Virginia and then back down South in Mississippi. Then Baltimore. And now Atlantic City.

It seems like working for the casino industry is a lot like being in a military family.
Well, my journey was different. I started off later in life after deciding that we were not going to relocate. I had two sons and a daughter. My daughter is the youngest, and I was not willing to relocate until my daughter was in college and comfortable. I knew I could do whatever I wanted in the second half of my life. Kids first and foremost. No job was worth me putting my children at risk. Their needs came before mine. That career choice isn’t good for everybody, but that was my choice.

What has been your experience as a Black woman in an industry typically dominated by white men?
I want to take it back further, before casinos. I grew up in Southern Louisiana, where it was difficult for a person of color to get any professional level job. When I went in for an interview at the many jobs that I applied for, they saw a person of color and that was that. They didn’t know on the phone interview that I was a person of color.

So I went to an employment agency to have them secure a job for me. I paid $960. Yes, I bought my first job. I literally did. But there was so much heartache, so many things said to me. But I never allowed it to break me. I used it as a foundation to prove my work and worth.

Does a young Black woman in Lacombe today face the same challenges?
Not to the extent that I did. There are so many things in place today where companies are practicing diversity and inclusion. It’s not over. It can be hidden. We’ve come a long way and we have a long way to go. My generation has made it better for this one, and this one will make it better for the next.

Do you feel a certain responsibility as a Black woman in a position of power in the casino industry?
Do I carry a heavy burden on my shoulders? Yes, I do. Failure can never be an option. In this role, I have a voice. We are having courageous conversations as far as what we can do and what we should to in terms of diversity. One of the Borgata’s core values is diversity and inclusion. We stand by that.

OK, but why on earth would you take a job at a casino – which was closed at the time — during the pandemic?
The biggest challenge of my career is COVID-19. [Borgata owner] MGM asked if I would consider accepting this role, and I did so graciously and happily. The Borgata is one of the most successful casinos on the East Coast, so it’s an honor.

I’m always amazed reading Atlantic City’s gaming revenue reports. The Borgata is always in first place and by a huge margin. In 2019, the Borgata’s gaming revenue — not to mention revenue from rooms, dining and shows — was literally double that of the second place finisher. Why is that?
I’ve got to tell you, it’s the people. It’s the staff. They do so much to take care of the guests, and that is integral to the success of the property. It’s a resort like you’d find in Las Vegas. It has everything.

There are a lot of people out there looking at amusement parks and casinos and things like that and wondering why they have reopened when there is so much uncertainty right now. How do you respond to those concerns?
At first, we needed essential business. Food. Gasoline. Banking. Medical resources. We needed to take care of basic human needs. But nobody thought back then that this would become the pandemic that it is. Nobody saw this coming.

At some point, you have to say, What can we do? Because this could be our new norm for the next year or more. And there needs to be entertainment, and entertainment is what we do. We need to do something to let an individual have somewhat of a normal life under these very unnatural conditions. We have opened in a safe, methodical, strategic and logical way. We’ve partnered with scientists and experts to create a seven point safety plan. And we are taking all of the precautions. But we need entertainment. It’s part of the human psyche.

The other casinos in Atlantic City opened weeks before the Borgata. Why did it take so long?
Our intent was never to be first. We wanted to make sure we had the proper information and protocols. We also recognize that the Borgata has a real reputation and brand with its customer base. So we wanted to take those extra weeks to come up with ways to make the Borgata experience on par with our reputation.

The Borgata and all of the other casinos are open but under serious restrictions. Twenty-five percent capacity. Limitations on gaming tables and slot machines. No indoor drinking or dining. Do you think I’ll be able to get a table at Izakaya by Labor Day?
God. I wish I had that crystal ball. One thing’s for sure: I need to throw my Magic 8-Ball out.