Plus: Some of the cops fired for racist Facebook posts can't even file a lawsuit protesting their termination without being racist. 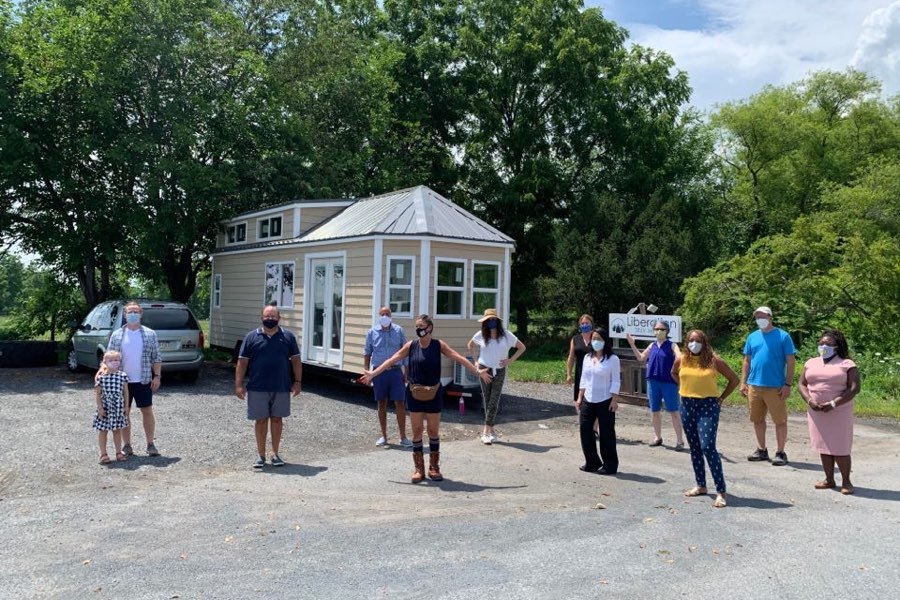 As Mayor Kenney continues to meet with the Ben Franklin Parkway encampment activists protesting Philadelphia’s homelessness and housing policy, five members of City Council took a trip to Lancaster County on Wednesday to consider another potential remedy for homelessness in Philly: tiny homes.

The tour, organized by Stephanie Sena, founder of the nonprofit Student-Run Emergency Housing Unit of Philadelphia, was an opportunity for the Councilmembers to visit a manufacturer of small prefab houses that cost between $40,000 and $60,000. Sena’s nonprofit has long advocated that tiny houses could provide both temporary and long-term housing for the city’s homeless population. Her idea isn’t a new one: Cities including Eugene, Oregon, and Edinburgh, Scotland, already have tiny-house villages that offer residents housing as well as access to other social services and resources like job training. The problem is that tiny homes are technically illegal under Philadelphia’s zoning and building codes. But Sena is optimistic that Council, once it returns from its summer recess, finally has the energy and purpose to amend the code and start putting up the homes. She has reason to be: In June, Council passed a resolution that allocated $9 million in federal CARES Act funding for “temporary housing” — which includes tiny homes.

Usually when you file a lawsuit against the city alleging that you were unjustly fired after making racist comments, you don’t want to make new racist comments in your court filings. Unfortunately, that proved too high a hurdle to clear for the some of the police officers suing the city over their termination after the Plain View Project uncovered racist posts they had made on Facebook. As the Inquirer first reported, seven of the fired officers are repped by a conspiracy-theorist lawyer named Larry Klayman — whose main claim to fame is his failed attempt to get Barack Obama deported from the United States while he was president.

A few days ago, Klayman made a new filing in the lawsuit. Here are two relevant passages:

Plain View is likely funded in whole or in part by the Soros Organizations, led by George Soros, a self-hating Jewish, Nazi collaborator (who confiscated along with his father the property of Jews on their way to Hitler’s ovens and gas chambers), anti-Semite and ultra-leftist.

The objective of Defendant Plain View is to maliciously harm police officers, and provoke violent attacks against them and their families in order to cause a breakdown of societal order, such that leftist, socialist, communist, radical African-Americans, radical Muslims, radicals on the Jewish left, radical atheists, radical anarchists such as ANTIFA and other radical forces can assume control of the nation either at the ballot box and/or by force.

Hopefully we don’t need to explain to you why the notion of a radical Black, Muslim or Jewish leftist conspiracy is racist or that George Soros is not, in fact, a Nazi.

Really, this just reflects poorly on the officers who chose Klayman as their lawyer. As the saying goes, you are the company you keep. …

More outdoor dining is coming to the Delaware River waterfront.