Beware, Philly: The Dreaded Boot Is Back

Plus: The city postpones plans to force out the “protest camp” that’s been on the Ben Franklin Parkway since June. 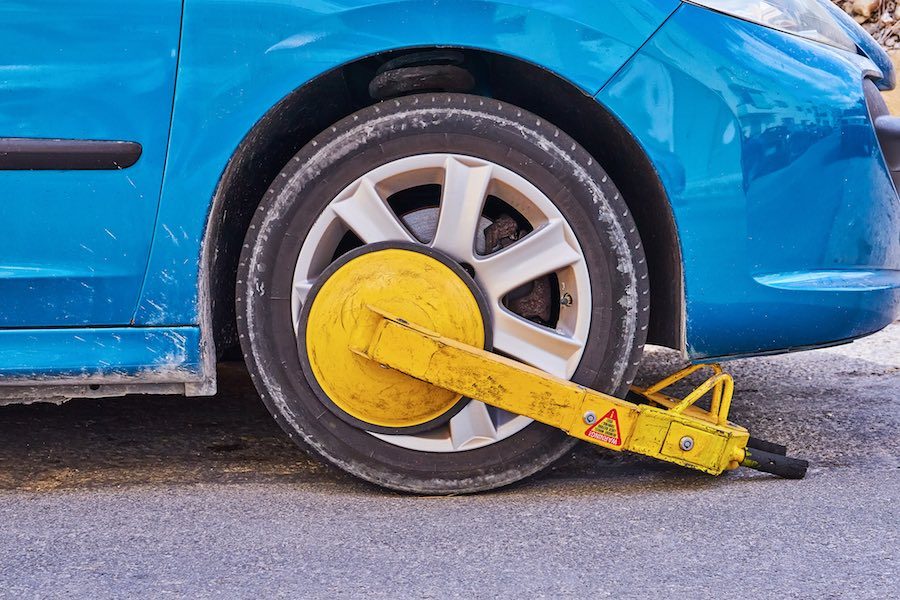 A car boot like the one used by the Philadelphia Parking Authority a.k.a. the PPA. (Getty Images)

The PPA Brings Back the Car Boot in Philly

If you have a stack of parking tickets sitting around at home, you probably haven’t thought about them in a while. After all, you’ve had, uh, other things to worry about. Plus, the Philadelphia Parking Authority (PPA) was forced to chill out on its enforcement efforts back in March thanks to COVID-19. Alas, your time may be up, oh parking scofflaw.

The PPA started mass-ticketing cars in the city again in June, after months of “relaxed” enforcement. And this week, the PPA has brought its dreaded car boot back to the streets of Philadelphia.

If you have more than three unpaid parking tickets or red light camera citations (or a combination of the two), you qualify to have your car booted by the PPA. Once your car is booted, you’ll have a very small window to get the boot removed by following the instructions on the sticker that comes with the boot. Otherwise, the PPA will tow your car, and then your problems (and bill) just increase, and you’ll have to go down to the impound lot in South Philly to retrieve it. (All is not lost, though: IKEA and Tony Luke’s are right around the corner.)

Of course, you could also be proactive and take care of your tickets before the PPA stops by with the boot. To do that, visit philapark.org or call 888-591-3636. Good luck!

As the debate on schools reopening rages (and I do mean rages) across the country, the Pennsylvania Department of Education on Thursday issued new guidelines for schools in the commonwealth.

Some of the directives and suggestions in the state’s new plan say that schools should:

Well, nobody will miss the school cafeteria. But the idea of potential virtual field trips makes me weep.

Here is the full memo released by the Pennsylvania Department of Education on Thursday:

If you’ve taken a stroll or bike ride down the Benjamin Franklin Parkway recently, you’ve no doubt seen all of the tents and campers that are part of what has been called a “homeless encampment” and a “protest camp.”

The city said that the encampment had to go by today, but organizers responded by saying that the camp wasn’t going anywhere. And that left us all wondering — in the wake of all of the controversy regarding the use of tear gas and rubber bullets on protesters in Philly — what would happen when the city moved in to clear out the camp.

Well, on Thursday, the city officially backed down, and there’s now no deadline for the camp’s removal or relocation.

“We’re postponing the closure because conversations with the group are ongoing and I plan to meet with several camp representatives next week,” Mayor Kenney said on Thursday. “A mutual resolution has always been our preferred outcome. We appreciate their willingness to engage in productive dialogue, and I’m hopeful that we will reach a peaceful resolution soon.”

“This demonstration activity casts an important light on the racial inequities in our society that impact homelessness and frankly have informed inadequate solutions,” he continued. “Our administration shares the belief that policy failures for generations have brought us to this point, and we are committed to enacting meaningful reforms that help keep people in their homes, expand affordable housing, and improve pathways to home ownership in the City of Philadelphia — especially for communities of color.”