In an extra-sad touch, the city will instead play a recording of last year's Wawa Welcome America fireworks display. 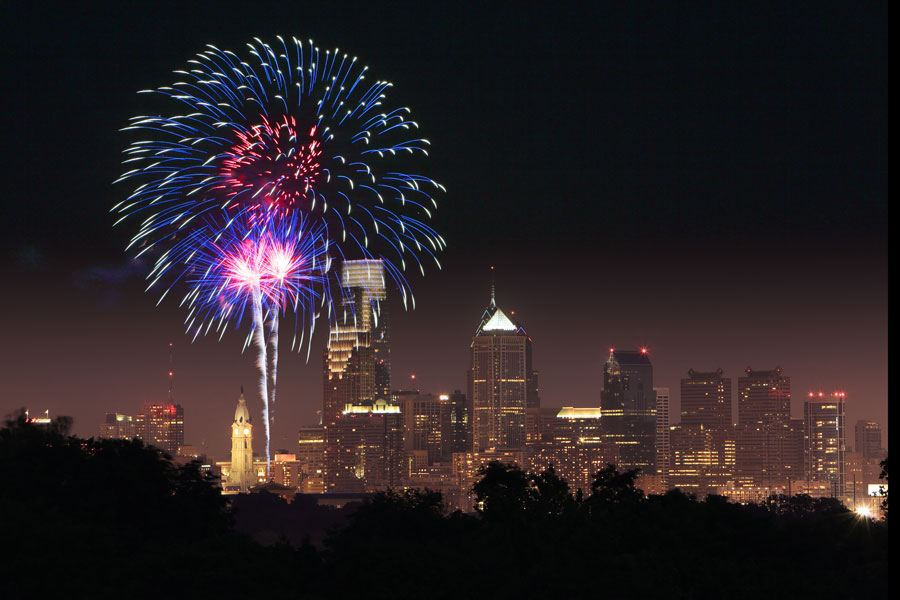 Fourth of July fireworks in Philadelphia. Photograph by Tongshan/Getty Images

The holidays are really hitting different this year.

Last week, Eastern State Penitentiary canceled its Halloween-themed Terror Behind the Walls (and laid off 40 percent of its staff). Now, just as things couldn’t get much worse in the world, Philly has called off its Fourth of July fireworks display.

City spokesperson Deana Gamble told the Inquirer that traditional fireworks shows “encourage people to gather in close proximity, which is not recommended at this time due to potential spread of COVID-19.”

Instead (in an extra-sad touch), the city will broadcast a recording of last year’s fireworks display over the Philadelphia Museum of Art, the paper reports. You’ll be able to tune in on TV and online.

The display is typically the main event of the city’s long-standing Independence Day celebration, Wawa Welcome America, which won’t return to the Ben Franklin Parkway this year. Like most events during COVID-19, it will go virtual, even as the city prepares to head into the green phase of reopening. Expect a week’s worth of broadcasted shows, including a July 4th concert featuring Cynthia Erivo and Jason Derulo. You can find a full guide here.

Of course, you’re all but guaranteed to witness more than a few unofficial fireworks displays in Philly on the Fourth of July — just like every other night as of late. Philly, New York, Boston and other cities across the country have experienced sudden, ahem, explosions in amateur fireworks displays. The Philadelphia police department told Billy Penn that between May 29th and June 21st, it received nearly 1,000 emergency calls regarding “boom” or “explosive” sounds in the city.

Sales of fireworks have, not surprisingly, skyrocketed in the Philadelphia area, likely due to a city fire-code update that Mayor Jim Kenney signed last year making fireworks legal in the city. (The timing coincides perfectly with the fact that everyone is now home and bored during the pandemic.)

It’s ironic that as Philly is bombarded with fireworks on a nightly basis, the one annual display we all actually expect won’t happen. (Before you plan your own fireworks show in lieu of Wawa Welcome America’s, it might be smart to read up on what is and isn’t legal.)