ESF has cancelled all of its on-site summer programming, and parents are fighting to get their big bucks back. 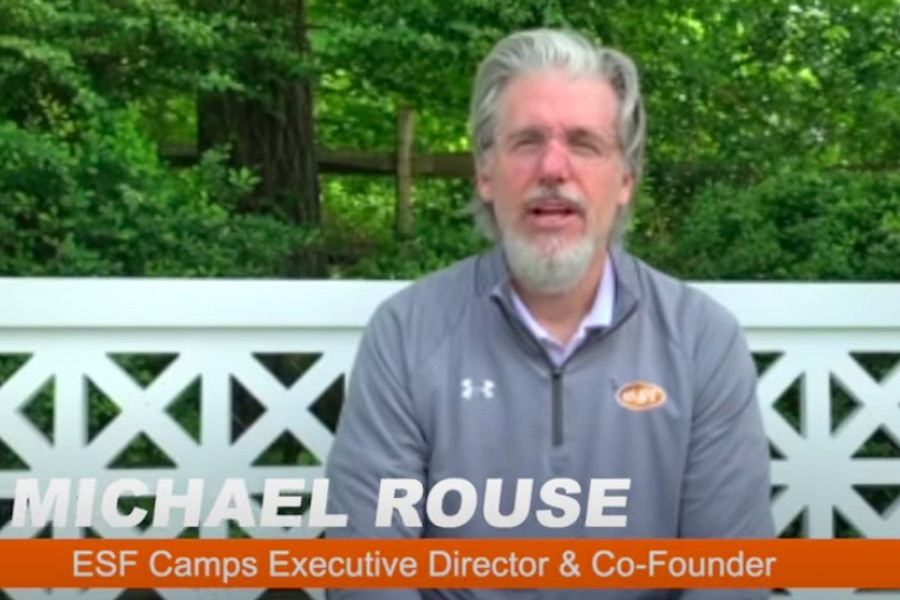 ESF Camps are among the most sought after summer camps in this section of the United States. Based on the Main Line, ESF Camps boast day camp locations at prestigious places like the Haverford School, Greenwich Academy in Connecticut, and the Lawrenceville boarding school just outside of Princeton, among other posh spots. The ESF Camps are where parents with a lot of money spend a lot of that money to send their kids to camp, where the kids learn to fence, brush up on their tennis and squash games, fly drones, and build robots. But now some of those parents aren’t very happy with ESF.

One Wynnewood mom we spoke with was planning on sending her seven-year-old daughter and four-year-old son to the ESF Camp at the Haverford School this summer. It would have been their third and second summers there, respectively. Like most camps, ESF offers incentives to parents who pay in full early, so the Wynnewood mom says she forked over $9,000 in December. (She asked to remain anonymous out of concern for how the story might impact her local business.)

“By paying all of the money up front, I was able to get free early and late care for the entire summer thrown in,” she says. “That’s huge. My husband and I work full-time, and our schedules are unpredictable. So paying the whole thing up front made total sense, because then we could leave the kids there without having to worry about paying for late care.”

When she signed the kids up in December, nobody in Wynnewood had heard the word COVID-19 before. But as the months progressed, she began to wonder if the camp would even open and, if it didn’t, what would happen to her money. She says she asked those questions but never got a straight response.

“The camp would send out emails saying that they are in a holding pattern and things like that,” she recalls. “In my mind, I guess I always assumed that if camp wasn’t going to happen, they would give you a refund.”

Villanova single mom Jodi Teitelman had a similar experience with ESF this year.

“By mid-May, it became more and more apparent that there is no way I would send my children to camp, regardless of what ESF chose to do,” Teitelman says. “I had friends dealing with different camps who were getting clear answers from those camps. But not ESF. I asked them what would happen if camp was canceled. Will I get a refund? They didn’t answer my question. They just gave me generic answers. That was mid-May.”

Then on May 21st, ESF co-founder and executive director Michael Rouse used a YouTube video to announce that there would be no on-site ESF camps for the summer of 2020:

After that, parents learned what was happening with their money.

The first option: Virtual ESF camp. Or, as the marketing materials describe it, “a one-of-a-kind multidimensional online experience.” Should you wish to have your kid stuck in front of a computer for the summer, you’d also get the benefit of a discount on 2021 camp as well as priority booking.

“My kids are Zoomed out,” says Teitelman. “I don’t need them on the computer all summer. But this is the option that ESF is trying to force you into.”

“But there is so much uncertainty,” notes the Wynnewood mom of that option. “What happens if camp is not open next summer? A credit for 2021 means nothing. What happens if ESF declares bankruptcy? We’ll all be stuck… I’m already talking to a class-action attorney about this. Something isn’t right.”

Here’s how it would work. First, ESF would take 30 percent of what you’ve paid them straight off the top. So, in the case of the Wynnewood mom, ESF pockets $2,700 of what she paid upfront.

But they don’t just hand her back the $6,300 balance. Instead, she would get that refund — well, keep in mind, that 70 percent refund — in three installments, with the final installment not scheduled until as late as May 2021.

That’s right: she paid $9,000 in one flat payment upfront. No installment plans. But now ESF says that the camp will pay her back in an installment plan that ends in May and, oh yeah, we’re deducting 30 percent.

“It’s ridiculous,” says the Wynnewood mom of the refund policy.

In a statement to Philly Mag about the refunds, ESF mentioned “unrecoverable” costs like program enhancements, staff training, and capital improvements to camp facilities that ESF incurred throughout the year.

Both the Wynnewood mom and Teitelman are still trying to figure out what to do, and a class-action lawsuit remains an option.

“It’s incredibly disappointing and frustrating,” says Teitelman. “It makes me angry. I’m in a better situation than a lot of people. But what about all the money that we now have to put out for childcare this summer when we don’t even know if or when we’re getting our money back? As for that credit that they’re offering for next year, there is zero chance that I will ever go back to an ESF camp. Zero.”