The Best Thing That Happened This Week: The Phanatic Is Toast

Mascot-free baseball! It’s what we should have had all along. 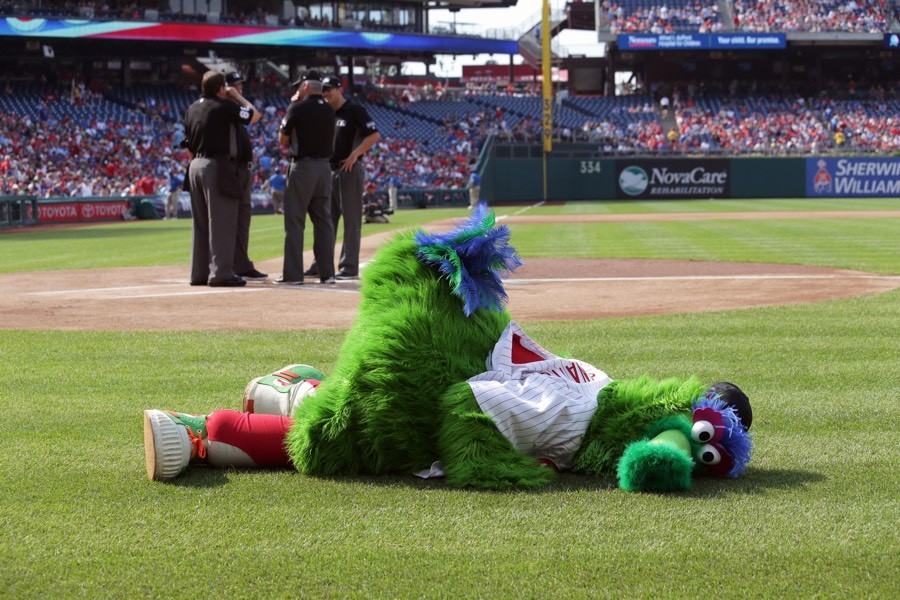 No more Phillie Phanatic? Mascots don’t appear to be a part of Major League Baseball’s reopening plan. Should they be gone for good? (Photo by Hunter Martin/Getty Images)

Sports fans of all sorts are growing increasingly restless, and in response, leagues are wracking their heads to figure out how and when it’s safe for them to reboot. Now Major League Baseball has floated its proposal for restarting, and the truism has never been more true: It’s an ill wind that blows no good. Among the provisions of the plan: no batboys or batgirls, no high fives or fist bumps, no showers, no spitting, and no mascots anywhere in sight.

Pity the batkids if you wish, but who can’t get behind a rule against expectoration? Why it took a pandemic to bring about that change is beyond our ken. But what really tickles our boots is the ban on mascots. Nothing — nothing — in the sports world is more annoying than these amorphous, overgrown sacks of feathers and fur. There was a time — not so long ago! — when fans were content to sit in the sun and watch a leisurely sporting contest between two rivals. But then came the millennials, with their dwindled attention spans and their blinking phone screens and their inability to enjoy a game and a beer without being diverted by a giant green creature shaking its bottom like a two-bit hooker, or tormenting opposing managers, or performing acrobatic feats with its aberrant tongue. Enough! This is our chance, at long last, to restore some dignity and class to the Great American Pastime. Let’s not blow this, MLB. Stick a fork in these ponderous, pandering pooh-bahs once and for all.