Rebecca Rhynhart Won’t Say She’s Running for Mayor, But She Sure Sounds Mayoral

In discussing her counter-proposal to Mayor Kenney's controversial post-coronavirus budget plan, the city's Controller says Philadelphia must pivot like a business, not "hit people when they’re down" by raising taxes. 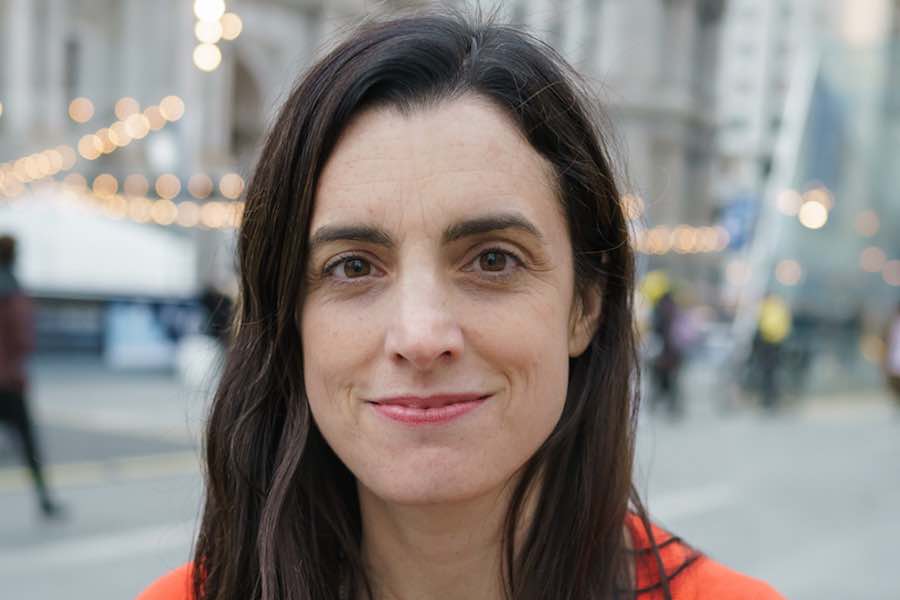 So far this year, Mayor Jim Kenney has released not one, but two budget proposals for fiscal year 2021 — the first in early March, when we were blissfully unaware of the total havoc coronavirus would wreak on virtually every sector of life, and the second, a revised, post-coronavirus plan, earlier this month.

The Mayor has described the latter as “painful” because, well, it is. It slashes city services, arts organizations, Parks and Recreation and more. (You can get the full scoop here.) Perhaps most notably, the Mayor’s recent budget proposal relies on tax increases to reconcile our sunken bottom line, setting the stage for a politically fraught City Council approval process.

In response, City Controller and fiscal watchdog Rebecca Rhynhart, who’s known for having a contentious relationship with City Hall and is assumed to be mulling a run for mayor — though she wouldn’t confirm that for us — released her own budget proposal earlier this week, and some of it is pretty similar to the Mayor’s.

But in crafting her solution to the city’s financial woes, Rhynhart sought to eliminate the need for tax increases on an already hurting tax base and lessen the severity of some of the cuts proposed in Kenney’s budget. We called her on Tuesday to discuss her plans for fiscal year 2021 — and beyond. The interview has been edited for length and clarity.

Looking at the bigger picture here, where did you begin re-envisioning the Mayor’s budget proposal?
What we’re facing is obviously pretty severe with the pandemic. The Mayor’s proposed revised budget that he put out on May 1st solved for a $649 million budget gap using a combination of drawing down on fund balance reserves, tax increases and cuts. When I started to look through it, I thought tax increases should be the last resort during a situation like we’re in right now, where unemployment is at levels we haven’t seen since the Great Depression. You don’t want to hit people when they’re down.

Also, some of the cuts looked really severe to me. Most of the cuts to departments are in the range of five to 10 percent, but a few were really, really large cuts — the Commerce Department getting an 85 percent cut, and the complete elimination of the Arts and Culture Office, and all the grants it gives out to community arts and neighborhood organizations and institutions like the African American History Museum, as well as the Office of Workforce Development, which is something that will be necessary to help people get on their feet again.

So when I looked at all that, I said, “Okay, is there a way to not increase taxes and to lessen some of these severe cuts?” Then I said, “Okay, we shouldn’t just be looking at the city portion; we should be looking at the school district as well.” Because the Mayor has publicly said that he is going to support a 3.95 percent increase to the property tax for the school district. And when you look at that together with the [other] taxes that he’s looking to increase, the value of that is about $107 million. That’s where I went: Could we find $120 million to offset the tax increases and lessen some of the severe cuts [totaling about $13 million]? That is the background of this.

Can you quickly explain each of the savings items?
So of the biggest two items to get to the $120 million figure that we identified, the first is:

And then the second biggest item is:

Then there are three other items that helped get to the $120 million in savings. One is:

For the two others, one is:

And the last thing is:

Thinking long-term, Philadelphia’s reliance on the wage tax as opposed to property taxes — which could provide a more stable revenue source in recessions like this one — has been cast as financially disadvantageous. Should the city look to increase its dependency on property taxes?
The tax structure in Philadelphia is burdensome and holds the city back. After we get through this budget, what I would want to happen is a budget process where we truly look at every program, every activity — everything that is budgeted — to see: Is this effective? And we should use business executives and health-care executives and community leaders as part of that process. That is the best practice.

In terms of the specific answer to the tax-structure problem, I think we need to look at everything together. How can the city reimagine its budget? When you have spending that’s gone up by a billion dollars over five years, there is opportunity for re-envisioning it, and part of that is the tax structure. But I think that making a decision on tax structure without actually looking at operations and how the city could operate better … it needs to be looked at holistically. I wouldn’t want to comment on any specifics at this point.

If the budget got to a place where you felt that operations and spending were adequately accounted for, at that point, would you consider re-envisioning the tax structure?
Yeah. I think after we get through this crisis, absolutely we should be having that conversation. I think it’s a conversation that’s been absent from city discussion, city government discussion, over the past few years, and it should be there.

Did seeing potential shortcomings in the Mayor’s budget proposal affect your view of his administration?
This is just about doing my job as fiscal watchdog. I represent the people of the city, and I’m watching the finances, and that is the lens through which I’m looking at this. I don’t think I want to comment more on that other than to say I’m doing my job, and standing up for what I think is right is part of that.

You placed emphasis on looking ahead to the 2022 budget proposal and other future proposals. What might that say about your intent to run for mayor, if you had such an intent?
I am fully focused … [pause] I paused just because that was so far off from what I thought you were going to ask. I am so focused on just doing my job as the City Controller. And I also have a reelection next year for Controller.

Are you ruling out a run for mayor in the future?
That’s just not where my focus is at all. I’m focused on my job, and I have a reelection next year.

Thinking ahead to future proposals, and considering that this will be a lengthy recovery process, what kind of long-term changes might you want to see?
Everything from tax structure to how we spend all of our money. The reason I’m not being very specific is because I don’t have all the answers in terms of how to best remake our city government. I think, though, if we create almost a brain trust and broaden the budget proposal to business leaders and others to get best practices and ideas … there are things that the city could be doing better if we were more transparent and didn’t have such a top-down, enclosed decision-making process, the way it often happens in the city. The goal is to address some of the problems we have. The city has the highest homicide rate we’ve had since 2007, our poverty rate is stubbornly high, and then the tax structure, which you brought up … we need to address those problems and run our city better. Businesses have to re-envision themselves all the time and have to constantly be improving themselves to stay profitable, right? That’s something that the government hasn’t always done well. It’s time to re-envision that in Philadelphia.

Do you feel that someone in a role like yours would be in an advantageous position to become mayor and lead the city in a larger capacity?
I see where your questions are going, but really, I’m completely focused on where I am right now. My job is to scrutinize and lead through this and be bold, so that’s what I’m doing and will continue to do. I think that our government needs to run itself better, and we can. Government can work. I am idealist on that, but I truly believe it can work. We just have to make it work.