Philly Is Inching Towards Reopening the Economy. But What Will the New “Open for Business” Look Like?

Socially distanced shopping may well turn the brick-and-mortar experience into something that looks a lot like what you get online: depopulated stores with limited ability to try before you buy. 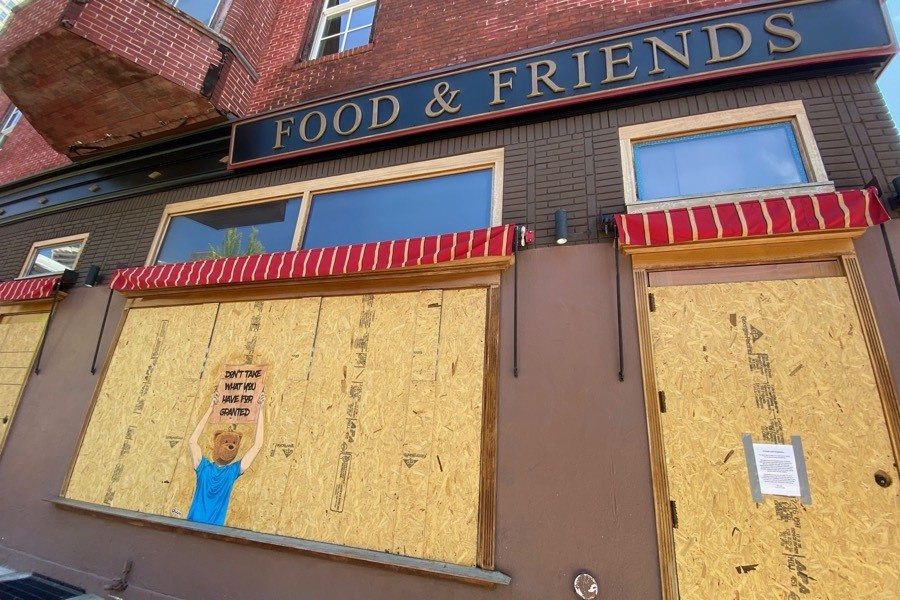 Philadelphia is slowly getting closer to economic reopening. But retailers are planning changes that could radically transform norms around in-person shopping. Photo by Diane Schwartz.

As parts of the Pennsylvania economy start to re-open, moving from “red” to “yellow” under Governor Tom Wolf’s stoplight-color-coded guidelines, Philadelphia remains parked in lockdown. The earliest the city could move from “red” to “yellow,” according to Wolf’s administration, is on June 4th, which would equate to 81 days of quarantine, since the shutdown began in mid-March.

So yes, there’s a long way to go. But many business owners are already starting to speculate about what the future will look like, the changes they’ll be forced to make in order to survive, and, just as critically, when they’ll get the green (or yellow) light to actually start making them.

How Fast Can a COVID-19 Curve Decline?

There are reasons for restrained optimism about Philly’s declining rate of new infections. The city Department of Health has a handy graph that shows new cases in Philly, and the curve is not just flattened, but actually dropping. (This is unlike the curve for cases across the entire U.S. which has simply plateaued.)

Via Philadelphia Department of Health.

The operative question for everyone — business owners, consumers, anyone who is interested in leaving their house without flouting the law — is how fast that curve is going to decline. This is, of course, a challenging thing to predict. But we can at least look to some other places for possible examples.

Take Germany, for instance, a country that has already re-opened its economy and is, by all accounts, handling its coronavirus outbreak significantly better than the U.S. There, on April 5th, the seven-day average of new infections per day was 5,440, or 6.5 cases per 100,000 people. Two weeks later, the country cut its seven-day average down to 3.2 new cases per 100,000 people.

So, it is possible to cut the rate of new infections in half in a span of a couple weeks. Unfortunately for Philly, the current seven-day average for new cases is 18 per 100,000 people. Meaning we’ll need to halve the number of cases multiple times over to reach Governor Wolf’s benchmark.

But there is at least some good news. The city’s testing capacity is increasing, yet we are still seeing an overall decrease in new infections. We may not be quite as proficient as Germany at handling the outbreak, but locally at least, the trend is good. (Though it is also worth remembering that once social distancing guidelines do relax — especially if there isn’t a robust contact tracing operation in place for new infections — we could see a second rise in cases, as parts of Asia have experienced.)

The Future of Retail: Like Online Shopping But in Person?

If retailers are unsure when they will be able to reopen, they’re at least certain that, when the time comes, the return of business will be decidedly not as usual. Ethan Nguyen, owner of the boutique M Concept in Graduate Hospital, who happens to also have a master’s degree in public health from Penn, says that absent a vaccine or clinical treatment, businesses like his are going to remain in considerable pain. The lack of medical treatment, Nguyen says, “is going to weigh heavily on people’s minds and influence behavior as a consumer.” Best-case scenario, he expects his shop to gross 40 percent of what it did before the virus hit.

Already, Nguyen has been considering how he will have to reimagine his shop, taking cues from places like Berlin that have re-opened brick-and-mortar locations while trying to retain a semblance of social distancing. For Nguyen’s part, that means re-organizing the physical footprint of his store so that racks of clothing are all six feet apart. He will encourage customers to finalize their clothing selections as much as possible — if someone tries a piece on and doesn’t buy it, Nguyen anticipates sending it for same-day dry-cleaning service.

Meanwhile, Nguyen also is thinking he might adopt an online appointment-based system so that only one or two customers ever step foot in the store at once. (Usually, M Concept, on the busy South Street retail corridor, would have at least 100 walk-ins per day.) The bizarre, unspoken truth in all of this is that COVID-19 appears poised to transform the brick-and-mortar shopping experience into one that looks a lot like what get online: depopulated stores with limited ability to try before you buy.

“I don’t know how well this is going to be received,” Nguyen says of the reforms he’s considering. “But the reality is that until there are strong clinical solutions to address this issue, we will have to do what need to do to keep staff safe and keep customers safe. And if that means doing a small-batch shopping experience, then we have to do it.”

Also considering smaller-batch experiences are retail businesses that are, by their nature, less well-suited for mid-pandemic operations. The custom bridal gown industry? Good luck keeping six feet apart from a client during a fitting.

So Ivy Solomon, proprietor of Lovely Bride in Old City, is planning reforms of her own. These, too, have echoes of online shopping. Whereas brides-to-be used to bring four guests to watch them try on dresses, they’ll now be limited to one. And Solomon will organize Zoom calls with clients, so as to brief them on dress styles before an in-person visit. What was once its own sort of pageantry-filled ceremony has now been scraped to the bare minimum.

And what of restaurants, which will remain closed to in-person dining until Philly enters the “green” phase of reopening? Some, like Vernick Food & Drink, have started a curbside take-out business that looks likely to continue even once table-service returns. (Socially distanced service means significant cuts in capacity for many popular, and cramped, establishments.) For an industry with microscopic margins — and that’s before delivery services take their hefty cuts — there may be no good answer.

Peter Fader, a professor of marketing at Wharton, says that in the long-term there’s no reason to believe consumer behavior will change for good. “The new steady state isn’t going to be that different than old one,” he says. The problem is that it could be a long while before we reach that new steady state. At any rate, Fader suggests, somewhat counterintuitively, that the present might actually be a sort of “golden moment” for retail businesses. Why? Retail, he says, has long been terrible at using analytics and data to determine who their consumers are and how to treat them. Now might be a time for a corporation to hone its business strategy.

Maybe so for large conglomerates. But Jill Fink, executive director of the Merchant’s Fund, a nonprofit that has given out $125,000 in COVID-related grants to 20 small businesses in Philly, says many of the entrepreneurs she’s been assisting have more pressing concerns — things like how they’re going to pay next month’s rent, or next month’s utilities, while their business is shuttered. “It’s sort of like Maslow’s hierarchy of needs,” says Fink. “They haven’t even been able to think about what’s to come because they are so focused on, ‘Oh my God, what am I going to do right now?'”