Our Lady of Lourdes and St. Barnabas are among the area Catholic churches doing their own thing. 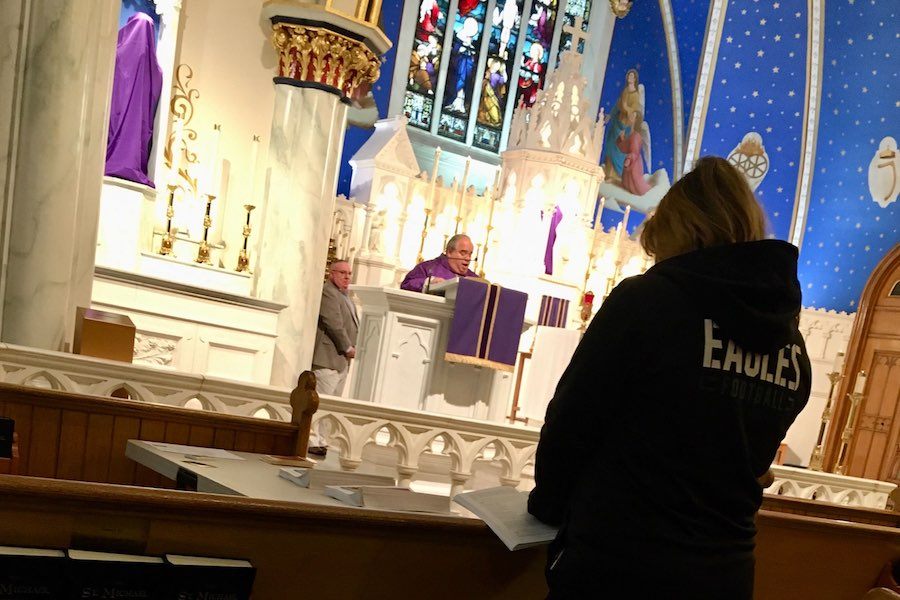 The vast majority of churches in the Philadelphia region have closed their doors to the public, heeding calls from government leaders to put an end to public gatherings during the coronavirus crisis. And the Archdiocese of Philadelphia has indefinitely and officially suspended all public Masses. But that doesn’t mean you can’t find a public Mass — or even communion — if you know where to look.

I first heard on Saturday evening that some Catholic churches in Philly were operating outside of the limitations set forth by Archbishop Nelson J. Pérez in his March 17th directive.

So when I woke up on Sunday morning, I made my way to Our Lady of Lourdes, the Catholic Church that I would attend if I were Catholic. (I’m Presbyterian, and our church building is 100 percent shutdown. Getting used to Zoom’d church services in the Age of Coronavirus has been…weird.)

The front doors of Our Lady of Lourdes were locked when I arrived just after 9:30 a.m., but a sign on the door directed me around the corner to a handicapped entrance on the side of the building. I found that door propped open, so I went inside.

There were no signs of any kind saying that attendance was prohibited. There weren’t any posters with instructions for social distancing. That said, there were only a handful of parishioners attending the service, and all of them — well, other than presumptive family members — were at least six feet apart. Well, and other than the altar boys and priest. The altar boys were certainly not six or more feet apart from the priest, and they were all handling the same items, as tends to happen during Mass. 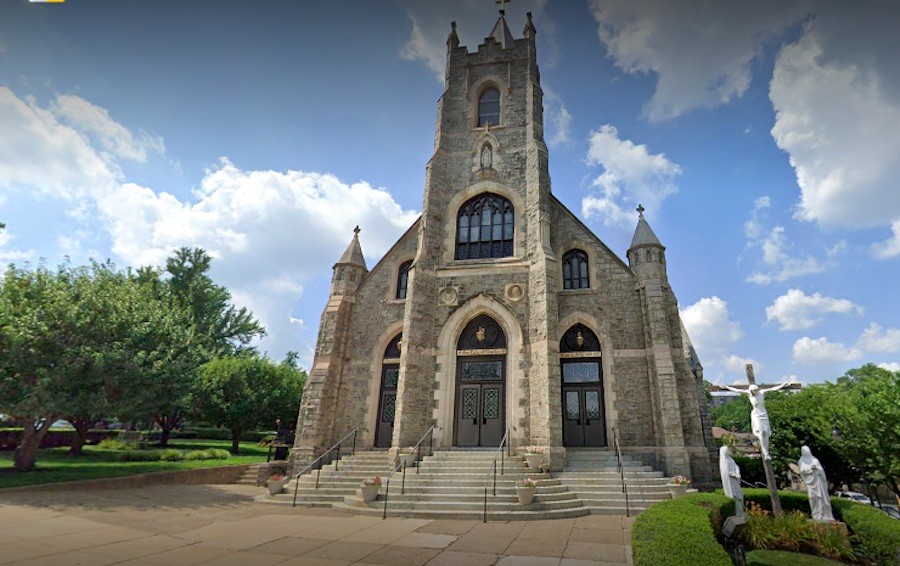 I went back for the 11:30 a.m. Mass — this one was, thankfully, in English, a language that I tend to understand. Reverend Michael Rock, the priest at Our Lady of Lourdes, told the biblical story of Lazarus, in which Jesus Christ raises Lazarus from the dead. Rock connected the story of this miracle to the coronavirus, but I somehow forget exactly what that coronavirus connection was.

Attendance for the English Mass was low, and social distancing guidelines were observed. Same as Latin Mass. Both Masses were live streamed so that parishioners didn’t have to, you know, show up for church and possibly spread the virus.

“I’m not locking the church,” he told me, after pointing out that the attendance I saw on Sunday was representative of previous Sundays following the Archbishop’s directive. “I’m leaving it open all day for people to come if they want to come. The majority of people are staying home. And the people who are coming, well, they’re being safe about it and so are we.”

Rock said that the handicapped door was propped open on purpose, so that nobody had to touch a door handle. There is hand sanitizer in the church, he said (I didn’t personally see any, but that’s not to say it wasn’t there). And, says the priest, he has told the parish that members should stay home if they are not feeling well.

“So far, pretty much everybody has been listening,” he added. “And so I am going to keep the church open for as long as I can. It’s also open every day for prayer and confession. People are being cautious. Not paranoid. But cautious, which is good. I don’t want them to feel like they can’t come to church if they want to come to church.”

I pressed Rock on the Archdiocese’s directive and what impact that had on the decision to allow people into church.

I asked Rock about the lack of social distancing between the altar boys and the priest during Latin Mass.

“As soon as they come in, they use hand sanitizer,” he replied. “Everything they use and touch is cleaned before and after. I told their parents that they don’t have to come. Some parents have decided not to have the boys come out. Others are okay with it. And all of the boys serving now are homeschool students, so they haven’t been exposed to much. They have been under their own kind of quarantine.”

Rock was quick to point out that while parishioners are allowed to come to Mass at Our Lady of Lourdes, the church is not serving communion. And then he gave me a history lesson about communion, which I actually found to be pretty fascinating.

“You know, communion used to be very infrequent,” Rock told me. “Historically speaking, communion was not really encouraged as a primary thing in the church. The idea of frequent communion has only been since 1900. That’s when Saint Pius X became Pope, and he did two things. He lowered the age of communion from 14 to 7, and he encouraged people to go as often as possible. So now you have people so used to going that it feels wrong for them not to take communion, but that’s not what happened, historically. People really only used to go once or twice a year.”

But communion does not appear to be an issue at St. Barnabas, a Catholic church in Southwest Philadelphia.

St. Barnabas is not only allowing parishioners into the church for services. The church is also serving communion, as confirmed by St. Barnabas business manager Reynaldo Marcia on Monday.

Philly Mag has also heard anecdotally about several other Catholic churches in the region that seem to be in defiance of the Archdiocese’s directive.

Contacted today about the situation, the Archdiocese of Philadelphia provided a comment from Father Gerald Dennis Gill, director of its Office of Divine Worship. “I can’t explain what’s going on at Lourdes or Barnabas. This is definitely contrary to our directives,” said Father Gill. “There aren’t supposed to be any gatherings. That is the fundamental point of these precautions, and we are trying to abide by that. I am sorry for these transgressions by these churches.”