Economist Mark Zandi Likes the Stimulus, but Says Trump Is “Uniquely Unprepared” to Manage the Crisis

The West Chester-based expert, who advised John McCain in 2008, also says Trump’s trade war only made the financial impact of the pandemic worse. 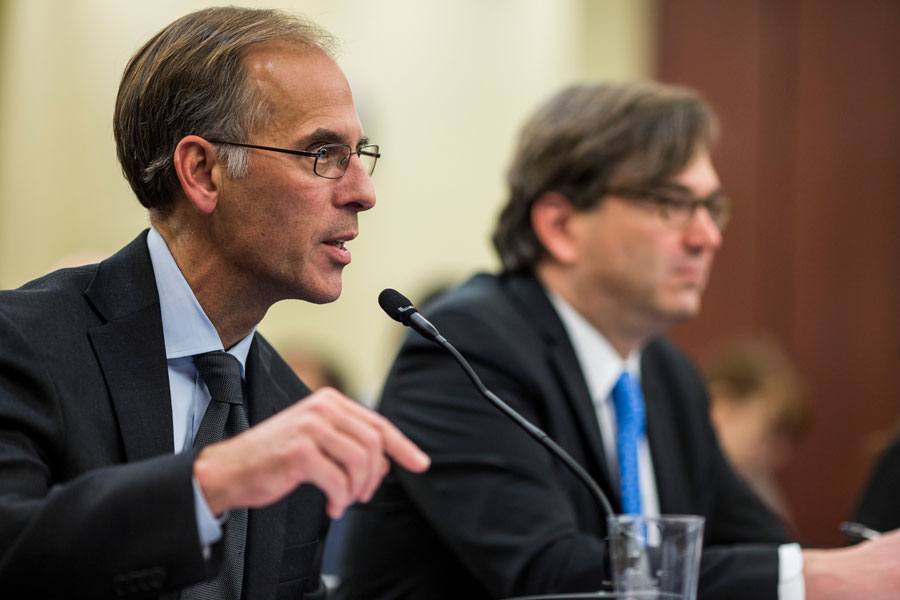 Mark Zandi, based in West Chester, is chief economist of Moody’s Analytics. Philly Mag reached out to him for his thoughts on the economic fallout of the coronavirus pandemic.

Philly Mag: What do you think of the stimulus bill?
Mark Zandi: I think there’s a lot to like in it. It’s big. A trillion dollars is 10 percent of GDP and twice the size of the stimulus passed in the financial crisis in 2008. It was done very quickly. The Recovery Act in 2008 took two or three months to cobble together. So that’s a big plus. And it’s focused on the right things — cash and credit for households, particularly lower- and middle-income households, and businesses.

So I think broadly it’s a good step in the right direction — although some more steps will likely need to be taken. There’s a lot of creativity in the plan, which is good and bad. Good because the problems we face are unprecedented. Bad in that it’s unclear whether it’s going to work, or at least work fast enough.

What’s an example of the creativity?
Well, there’s a $500 billion bailout fund — about $100 billion of which is straight-out bailout, the other $400 billion is essentially equity for a credit facility that would be funded by the Fed to go out and extend credit to businesses. That’s very different. I think it’s in the right direction — it’s just, can they execute in extending credit to businesses, particularly smaller businesses, quickly enough to forestall bankruptcy and foreclosure?

You posted a piece earlier this week, saying there are some things missing from the stimulus.
Stimulus is not only about dollars and cents, which obviously is very important. But it’s also about establishing confidence — making people feel like the government has their back. And I think it would have been wise to say, okay, here are some checks, and more will be coming if we’re still not working a month from now.

What else do you wish had been in there?
I would have been much more generous with unemployment insurance benefits. They increased the UI benefit, but limited that to four months. Again, make it open-ended so people aren’t panicked. There’s a lot of missing spending on food stamps and food assistance. They ultimately came up with some aid for state governments, but they need to do a lot more. What they did was big and bold, but I would have gone bigger and bolder.

What are the best- and worst-case scenarios looking down the road?
That entirely depends on the virus. Worst-case scenario, you can go dark fast: Assume the virus is more widespread. Or we have several waves of it, like the Spanish Flu back in 1918.  You can construct really dark scenarios very quickly.

The upside is a little more difficult. But maybe social distancing works better than we anticipate. Maybe the virus peters out for whatever reason. Maybe we come up with a vaccine or some kind of treatment that makes this more manageable. There’s upside, but right at the moment it looks like the downside prevails.

A month ago you predicted coronavirus would lead to a global recession. Is there anything we could have done on the economic side that might have better prepared us for this?
Well, not engage in a trade war? That would have been helpful. That did tremendous damage to the global economy and our economy. Our economy came into this limping because of that trade war. The Fed had to cut interest rates three times last year. That’s not consistent with a strong economy. The economy came into this back on its heels. It would have been nice if it came into this moving forward.

So contrary to some political messages and the stock market, you think the underlying economy wasn’t strong?
That’s just a false narrative. Manufacturing was in recession, transportation and distribution were in recession already. Agriculture, mining — in recession. The economy was barely growing enough to maintain employment. And if there was anything that came along and gave the economy a little shove, the economy would be on its back. Obviously COVID is more than a shove. It’s a body blow.

You were part of John McCain’s presidential campaign in 2008. Do you feel any similarities between then and now, in terms of scrambling to deal with a crisis?
I think McCain was — that team was pretty oblivious to what was going on until it was undeniably in their face. I was screaming as loud as I could for as long as I could, to the point that I got marginalized. They just did not understand what was going on.

The similarity is that the Trump people — really it’s Trump himself — was oblivious and in denial right up to the bitter end as well. Both McCain and Trump were whistling in the dark. It wasn’t until it was obvious, hitting them both in the face that this was cataclysmic, that they had to do something. [McCain and Trump] were both utterly, uniquely unprepared for this — don’t have the skill set to navigate this kind of a crisis.

What skills do you mean?
I think Trump has no skills in crisis management. His strategy is to deny crisis. It’s just — stick my head in the sand and hope. He’s still doing it to some degree. Let’s get everyone back to work by Easter. That’s a gamble, with the odds against you. And McCain similarly — because he didn’t know. He had no economics or business background, acumen or interest.  If it was a foreign-policy crisis, he would have been the perfect person.

If you could get 10 minutes in the Oval Office with President Trump, what message would you give him?
Listen to your health advisors. Let’s go look at China, South Korea, Taiwan, Singapore — key case studies of how to manage this crisis well. That seems patently obvious to me. I’d only need five minutes with him. I can do it in two.