DeVito, who’s running for a seat in the state House, claims in a petition before Pennsylvania’s Supreme Court that Wolf’s actions to prevent the spread of coronavirus are unconstitutional. 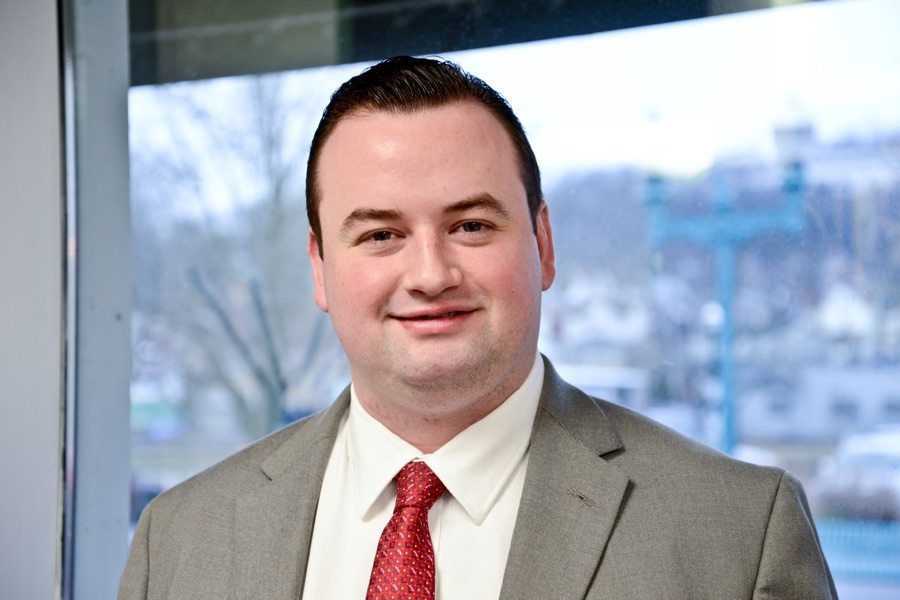 It sounds like a plot line straight out of It’s Always Sunny In Philadelphia: A pandemic is sweeping the globe, and an order from the local government forces businesses in Philly to close. Danny DeVito’s character is infuriated, incredulous, and he doesn’t want to close down shop. So he hires a lawyer and ends up before the state Supreme Court, arguing no governor has the right to shut down his business during a virulent pandemic. This is America! Land of the free.

But this scenario is not a fictional plot, nor is it a joke. There is another Danny DeVito (no relation), a 27-year-old Republican candidate for state rep in the 45th District, just west of Pittsburgh, who really has taken Governor Tom Wolf to court, arguing that Wolf’s recent shutdown order for non-essential businesses is unconstitutional. (The famous actor DeVito, who has encouraged people to practice social distancing, declined through a publicist to comment on his namesake’s actions.)

Joining DeVito in the petition before the court are four other parties: a timber company, a public golf course, a real estate agent and a laundromat. Those four businesses, along with DeVito’s campaign office, were forced to close after Wolf’s initial shutdown of non-life-sustaining businesses on March 19th. The timber company and the laundromat have since re-opened, once Wolf expanded the list of essential businesses allowed to operate. They are still challenging the government.

DeVito is far from the only conservative crusader fighting back the shutdown orders. When Governor Wolf first placed gun stores on the list of non life-sustaining business, one firearms shop owner in Lancaster County, like DeVito, challenged the order in state Supreme Court. The petition was dismissed, though three of the seven justices recommended Wolf reconsider his position and allow gun shops to operate with some restrictions. The governor relented, adding gun shops to the list of stores that could remain open.

In Philly, there was similar dissent: When Mayor Jim Kenney also declared gun shops non-essential on March 16th, some establishments didn’t listen. One store employee told our reporter, “They can’t order us to shut down … We are a gun store. This is about civil rights.”

DeVito’s petition is trying to puncture Wolf’s business order with a number of different attacks. He claims the state’s disaster law doesn’t give Wolf the authority to close businesses, because coronavirus isn’t really a disaster, according to the law. DeVito also suggests that, because his campaign office was shut down, he’s placed at an unfair disadvantage in his election — even though he hasn’t won his own primary yet — since the elected Democratic incumbent, Anita Astorino Kulik, is allowed to keep her district office open. (Kulik told me on Wednesday that this isn’t true: Her district office is not in fact open, and even if it were, it’s completely separate from her campaign. “I am a sitting representative of the people, and I have to continue doing my job,” she said.)

Like the gun-store employee, what DeVito’s challenge is really about is individual rights. “I don’t think government should use the threat of state violence,” he said, meaning arrests or fines, “to shut down business.”

DeVito said he believes coronavirus is real. He’s even been practicing social distancing himself — stopping handshakes and door-to-door visits while campaigning. But he said the virus can’t be the only consideration: “We have to weigh public health precautions, of course, but also economic analysis to ensure the result of the government’s order doesn’t end up harming more people than the virus itself.”

I suggested to DeVito: If people die from coronavirus, isn’t that inherently worse than any sort of economic harm a person could experience?

He said: “I would respond by saying that we can’t shut the country down forever, and if we continue on our current course, with people being locked in their homes, we’re going to see an outbreak of violence and other things that could lead to death as well.” He added, “If someone is a member of a vulnerable population — if they’re elderly — they should be encouraged to quarantine. And we could have provided them with more resources up front. … In a free society, people have the right to take certain risks that impact them individually.”

Setting aside the fact that living one’s life as normal, and potentially exposing other people to coronavirus as a result, doesn’t just impact the individual, I suggested to DeVito that it’s not just elderly people affected by coronavirus. In New York City, 25 percent of people hospitalized are between the ages of 18 and 49 years old. In his own Allegheny County, more than half of all COVID-19 cases are people between 19 and 49-years-old.

He said: “Certainly those numbers, when you look at them, they would cause someone concern.” He argued that it’s impossible to know how many of those hospitalized young people had underlying health conditions that would have caused them to be hospitalized should they have contracted any virus. He added, “When you just throw out numbers, I think it creates panic in the public.”

DeVito mentioned he approved of Donald Trump’s response to the crisis: “He issued guidelines. He didn’t use government authority to try to force people to stay in their homes.” DeVito also said, “When Trump closed borders with China in January, he was attacked by Chuck Schumer. It turns out that was the wise move. That’s why the country has been affected much less than other European countries that did nothing.”

Leaving aside the fact that the Trump administration eliminated a National Security Council group charged with preparing for a pandemic response in 2018, downplayed the severity of the COVID-19 virus by comparing it to the flu, ignored the predictions from intelligence agencies that the virus would come to the U.S. and likely devastate the health system, and disregarded a 2016 National Security Council document, literally called a “playbook,” about how to respond to a pandemic, I suggested to DeVito something else: You know, at this stage in our epidemic, the United States actually has more COVID-19 cases than any other country in the world did at the same point in time.

DeVito said: “We also have better testing.” He added, “We have more people than Italy has, and China’s not reporting all the numbers.”

For the record: As of March 20th, here are some of the countries to have tested more people per capita for coronavirus than the United States: Italy, South Korea, Australia, Germany, Austria, Denmark, Belgium, Spain, the United Kingdom, the United Arab Emirates, Iran, Bahrain, France and Finland.

DeVito and I eventually got back to talking about bigger-picture philosophical questions. I asked if he would have any problem with a person who declined to practice social distancing and then went on to infect other people?

DeVito said: “I think it’s just something the government will never be able to prevent. And looking to government to solve these problems is a mistake.”

I asked: Who else is going to create the deterrent if not the government?

DeVito said: “I’m just not sure you can live in a danger-free world.  I mean, Ebola and H1N1 were a lot worse than this, and we didn’t shut down. Maybe we’re just coming at this from different angles. My thing is: We cannot be arresting people and charging them — and that has not happened yet — to prevent the spread of disease.”

So we’ve finally barreled headfirst into the philosophical wall. DeVito said he wants to protect individual liberties. The funny thing is, what he — and everyone else arguing that social distancing is an overreaction — fails to understand is that, by allowing people the freedom to go about their lives as usual, you are allowing them to infect other people who are following the medical advice.

If we could cordon off a section of the country and fill it with everyone who doesn’t want to participate in social distancing, I suspect DeVito and I would both be all for it. Unfortunately, we live in the real world, not in a snow globe. We all have to shop at the same grocery stores, walk past each other on the same sidewalks. And getting coronavirus from some Miami spring breaker who just wants to party, and potentially ending up dead as a result? Well, that’s not freedom.