They got our hopes up that Regional Rail could operate more like the subway. And then … nothing. More evidence that at SEPTA, the future is always conditional. 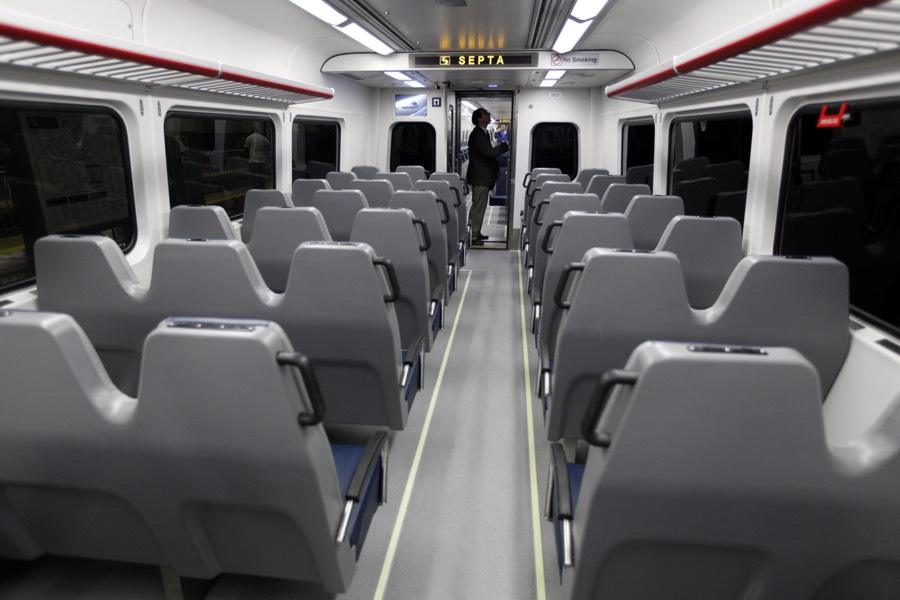 Back in 2014, when SEPTA’s then-general manager, Jeff Knueppel, dedicated the new Dilworth Park entrance to the City Hall/15th Street subway station, he made a statement that had many Philadelphia transit advocates and riders practically giddy:

“We are moving in the direction of increasing frequency on Regional Rail lines in the near future.”

This sentence came off as music to the ears of many riders in both the city and its suburbs, which often feel — to borrow from a phrase attributed to George Bernard Shaw — like two separate regions divided by a common transit system.

Planners and transit-industry professionals both here and elsewhere have regarded our Regional Rail system as an underdeveloped asset. Fully electrified and with closely spaced stations, the system could become more than a way for suburbanites to reach city jobs if it were run more like the subway and El: It could become a real tool for economic development and continued growth in both the city and the suburbs.

But Knueppel made that statement five and a half years ago — long enough for him to have since retired and be replaced by a new general manager. How far has SEPTA moved toward increased frequency?

At the time, Knueppel pointed out some infrastructure improvements SEPTA made in anticipation of more frequent service. Ridership trends also warranted it, he said. Since then, Regional Rail ridership fell a bit from its level in 2014 before rising sharply starting last year. So far this fiscal year, which began last July, it’s up seven percent from last year’s level and on pace to match 2015’s ridership.

So what, if anything, has been done to get Regional Rail trains to show up more often?

SEPTA has performed some track work that will allow more trains to move through some key junctions, like the stretch of track from 30th Street to southwest of Penn Medicine stations that’s shared by the Airport, Wilmington and Media/Elwyn lines. That improvement project, which will wrap up this summer, will improve reliability on all three lines and support 20-minute intervals between trains on the Airport Line.

But beyond that, it’s mostly been discussion and hope: discussion of lines that should get more-frequent off-peak service — the Manayunk/Norristown and Paoli/Thorndale lines will likely get 30-minute off-peak service first, says Busch — and hope that the funds needed to replace aging passenger rail cars comes through.

Yes, says Busch, and those new cars will actually add carrying capacity to Regional Rail. The order of 45 bi-level railcars and 15 electric locomotives “will be SEPTA’s first net addition of rail equipment and will help us meet the demands of increasing ridership,” he says.

So, won’t these enable the agency to run more trains more often? Possibly, says Busch, but right now, SEPTA’s more concerned with getting more riders onto the existing runs. “Our first priority will be to look at high-volume lines, like Paoli/Thorndale, Lansdale/Doylestown and Media/Elwyn, and see what trips on those lines would benefit from more seating space,” he says. “From there, that does potentially free up equipment for use elsewhere. Whether or not that would mean increased frequency, we’d have to look at.

“We’re still too far from having the cars to project what they will mean for our schedules,” Busch adds. SEPTA expects to take delivery of the first cars in this order in the spring of 2021, which means that they probably won’t enter service until that fall at the earliest, once testing is complete.

One other factor contributing to SEPTA’s hesitancy: It has plans to replace the Silverliner IV cars, now the oldest railcars running anywhere on the SEPTA system, once the bi-level cars enter service. Progress on this will depend on the state fixing Act 44, the bill that was to have created a consistently huge revenue stream to fund mass transit but instead supplied only half the money that was promised and left the Pennsylvania Turnpike Commission buried under a mountain of debt.

Given that, and comparing the confident projections SEPTA made about SEPTA Key to what actually happened, maybe SEPTA’s hesitance to commit to shorter Regional Rail headways makes sense. But we who ride can be forgiven some frustration and annoyance over the dithering.

It seems the one thing we can say with confidence regarding more convenient Regional Rail service is: They’re getting there. Maybe.