The former superstar was one of the NBA's all-time greats. He was also a man who abused his power long before the #MeToo era. Grieving his untimely death doesn't mean you're choosing between these realities — it just makes you normal. 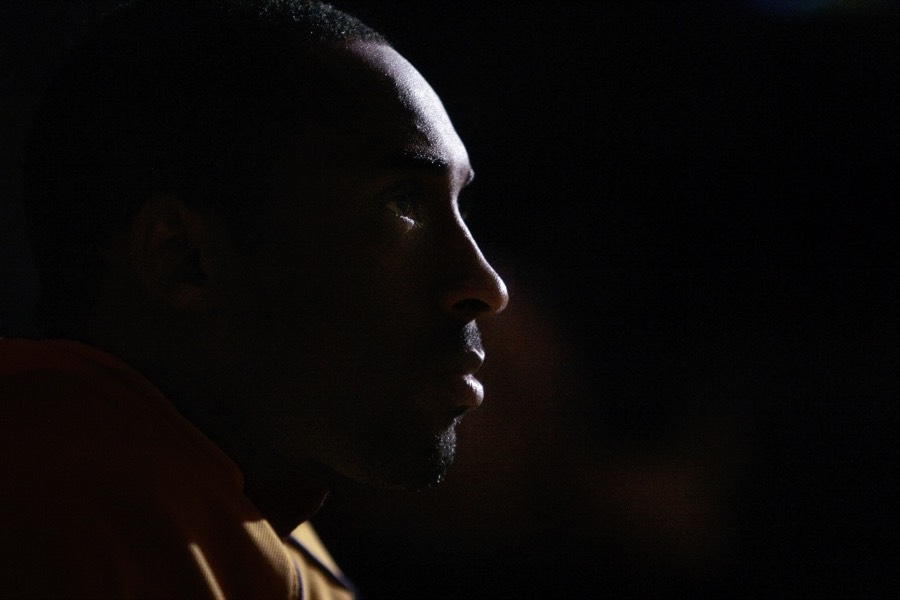 Kobe Bryant before the start of a game on April 11, 2006, at Staples Center in Los Angeles. / AP Photo/Kevork Djansezian

Sunday didn’t feel the same after news broke that a hometown hero was here no more.

NBA superstar Kobe Bryant, 41, died in a tragic helicopter crash that also killed his 13-year-old daughter, Gianna, and seven other passengers. For basketball fans like me, the news had a touch of the surreal given that Bryant, who’d retired in 2016, had literally just passed the crown to another Laker, LeBron James. Just hours prior, Bryant had publicly declared a rare changing of the guard after James passed him, moving into third place on the all-time NBA scoring list in Philadelphia on Saturday night.

As I processed this devastating news, all I could think of was his family and how painful their loss must be. Bryant leaves behind a wife and three daughters — four people now dealing with the sudden deaths of two family members.

Vanessa Bryant lost her husband and one of her daughters on the same day.

Her three living daughters lost their father and sister today.

If anything, keep them in your thoughts and prayers during this difficult time. #RIPKobeBryant

But as I began to openly mourn for the Bryant family, some of my followers chastised me for speaking reverently about a legendary player who was also once accused of rape — and would later half-confess to it in a public apology.

In 2003, Bryant was charged with felony sexual assault after being accused of raping a 19-year-old woman in a Colorado hotel. The case would be dropped after the accuser decided to not testify. Some would argue that the intense public backlash and harassment she faced intimidated her into not going forward with the charges in criminal court and later taking a settlement in a civil suit.

“Although I truly believe this encounter between us was consensual, I recognize now that she did not and does not view this incident the same way I did,” Bryant said in his public apology. “After months of reviewing discovery, listening to her attorney, and even her testimony in person, I now understand how she feels that she did not consent to this encounter.”

I was 12 years old at the time, and this is the first public sexual abuse scandal I recall involving someone I admired. For young black boys like me during this controversy, it didn’t make sense. Why would someone so gifted put a career in jeopardy? I heard adults around me arguing that Bryant had championships, a wife and fame — why would he do something like this?

Fast-forward 17 years, and a more mature me sees all of this differently. The #MeToo era and my study of rape culture showed me how sexual abuse is less about sex than it is about power — something that, as an NBA superstar, Bryant had plenty of. Regardless of how many NBA championships he would go on to win, records he would break, and awards he would win, including an Oscar, Bryant pretty much acknowledged that he didn’t respect a woman who had accused him of rape, and that never sat well with me.

But this past somber Sunday, that’s not where my thoughts were. I felt a range of emotions, none rooted in vengeance or rage. They were only rooted in sadness. I struggled with whether my social media posts mourning his loss would be read as breaking with my unwavering support for sexual abuse victims. I consider myself a feminist and strive to advocate for women daily, so all of this made me feel very conflicted. But death is more complicated than the polarizing ultimatums that society often forces upon us, and I saw that others I looked up to in social justice work agreed.

Author Roxane Gay opined, “There are going to be a lot of complicated reactions to Kobe Bryant’s death, but I feel all the sympathy in the world for Vanessa Bryant and their four daughters.” Philly’s Feminista Jones weighed in with this: “People have human reactions and are allowed to express them, even when conflicted.”

There are going to be a lot of complicated reactions to Kobe Bryant’s death but I feel all the sympathy in the world for Vanessa Bryant and their four daughters. 41 is so young. And he had a spectacular professional career.

Don't let anyone guilt or shame you for feeling conflicted about Kobe passing. Your feelings are valid though they may be layered and complicated.

As the news cycle unpacks all of Bryant’s complicated history, I won’t allow myself to feel guilty for having nuanced emotions about it. In one sense, Kobe Bryant was one of the few black men in sports who have been unapologetic about their determination to be great. While many men, such as James, are more humble about their ambitions, Kobe, the self-proclaimed “Black Mamba,” never faltered in letting everyone on the court know he was one of the greatest of all time. But perhaps that same oversized sense of self-assurance propelled Bryant in an incident that will impact the life of an innocent woman and cloud his legacy forever.

As I grieve this legend’s loss, I hold both of those truths with me. Death, like life, is complicated, and the emotions it invokes are as complex as we are.