Rumors had swirled that the trolleys, which date back to the 1940s, would disappear for good after SEPTA replaces them with buses on Sunday. 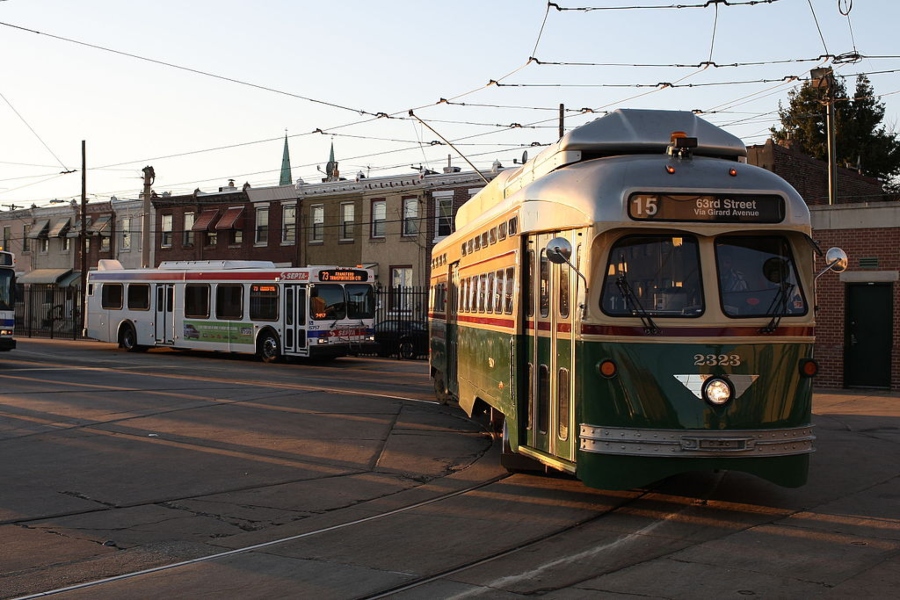 One thing’s for sure: The historic trolleys that currently serve SEPTA’s trolley Route 15, which runs between West Philadelphia and Port Richmond, are going to be temporarily replaced by buses starting on Sunday.

Contrary to some rumors, though, SEPTA says the trolleys will return in a year or two, after construction projects obstructing their route are complete — and they’ve received overdue maintenance work.

The transportation organization announced on Wednesday that it would pull the historic trolleys from service next week. SEPTA spokesperson Andrew Busch primarily blamed highway construction projects. The Pennsylvania Department of Transportation’s ongoing work along Interstate 95 has already forced SEPTA to substitute buses for trolley service along the line near Port Richmond. An additional project this spring, around 40th Street near the Philadelphia Zoo, would have required SEPTA to replace trolleys with buses on the western portion of the route as well.

“[Service] would’ve been a more chopped up even than it is now,” Busch said. “We thought it was a good time to maximize the opportunity and take the fleet — which, those trolleys were rebuilt in the early 2000s but date back to 1947 — out, and perform a ceiling-to-floor maintenance.”

Only four of the 18 trolleys that are able to run along Route 15 are currently in service, Busch said. The cost of the trolley repairs is not yet clear:  “We know they need some work,” Busch said, “but we have to get into those trolleys before we know everything that needs to be done.”

The Route 15 trolleys should return to service in late 2021, according to SEPTA, after the completion of the I-95 PennDOT project, which could take about 12 to 18 months. Busch said commuters shouldn’t expect any major changes along the length of the route. More information can be found here.

The urbanist transit advocacy group 5th Square launched a petition on Tuesday demanding that SEPTA “repair the PCC trolleys and bring them back into use in the short-term.” In the petition, which has since been updated, the organization said “riders have no idea if [the trolleys will] ever be back.”

But don’t fear, trolley fans: Busch said the historic vehicles, called PCC-II’s, will return to service for at least the next 10 or so years. That’s how long it could take (minimally, he estimates) before SEPTA secures funding and sees through a planned trolley modernization project. Plans for that billion-dollar revamping, which the Delaware Valley Regional Planning Commission detailed in early 2018, include replacing SEPTA’s entire existing trolley fleet with a “state-of-the-art light rail system.” The system would be designed to improve passengers’ experiences boarding, riding and exiting the trolley, as well as living and biking near their stations.

“The idea was [Route 15 trolleys] would be in service up until that point,” Busch said. “But we’re probably 10 years out from that happening, and of course we need to identify funding [for that project].”