The indie band’s activist bent is getting them noticed on the national stage. 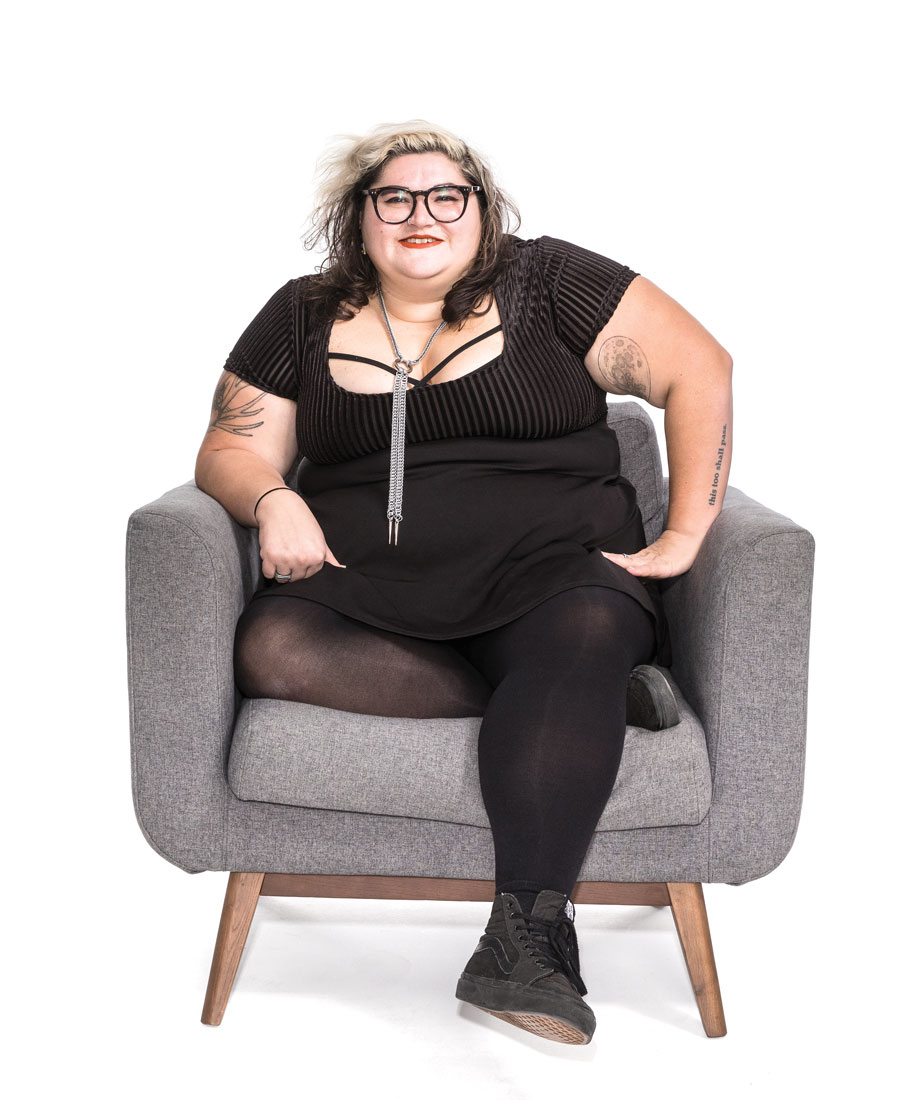 In the past few years, an entire generation of indie bands from Philly — Sheer Mag, Hop Along, Mannequin Pussy, War on Drugs — has become prominent on the national stage. Is there anything in particular about Philly that has produced that cohort?
I mean, it’s not going to last much longer, I don’t think. But having an affordable place for musicians to live and not having to spend every waking moment working is a huge part of it. If you’re living in New York, I feel like everyone is just working constantly. You don’t really have to do that here. Yet.

Unlike those other groups, Sheer Mag hasn’t signed with a record label. What about the traditional infrastructure of the music industry doesn’t appeal to the band?
Whenever we tell anyone that we own all of our masters, they’re like, “What?!” And we’re like, “What, you don’t own your music?” Everyone getting a piece of the pie that you’ve baked … it’s insane.

Have there been drawbacks?
The payoff takes longer. But we’re the ones who make money when we sell things.

Do you see anything significant from digital platforms like Spotify? Many of your songs there have hundreds of thousands of streams.
Definitely not Spotify. It’s really fucked up. They give you hardly any money. And their offices are, like, the kind where everyone’s scooting around, eating snacks. They all get fuckin’ 70 grand a year or something. [laughs] Which is fine, but you should probably pay all the people that you’re making money off.

A lot of Sheer Mag music touches on social issues. In a song about the band’s Point Breeze apartment, you sing about a “white breeze” blowing through the neighborhood. You and the band members are white. So do you consider yourself part of that breeze?
The point of that song was our feelings about contributing to gentrification. We didn’t have money to live anywhere else, but it’s still opening the door to other white people. It was our way of acknowledging what was happening around us. We weren’t foolish enough to think we weren’t part of the problem. But we knew we weren’t there to change the neighborhood. That’s the real problem: not trying to be part of a community, just changing the community.

During an October rally, Bernie Sanders played a Sheer Mag track with the chorus, “If you don’t give us the ballot, expect the bayonet.” That’s pretty provocative for a presidential candidate.
It doesn’t necessarily mean violence, although I’m not against violence in a revolution. But it is a revolutionary song. I think most people see it as metaphor.

These days, hip-hop is probably the genre most aligned with activism. Do you think rock has lost some of the protest aura it had in the ’60s and ’70s?
Popular rock, for sure. There are a lot more mainstream hip-hop and rap artists, like Vince Staples and Kendrick Lamar, who are speaking to that. But I mean, every genre of music has people talking about protest.

Does the band ever think of itself in terms of continuing that legacy of protest in rock?
I don’t think we’re doing it because someone has to do it. It’s kind of just the feelings and thoughts that we all share. It’s not because we should do it. It’s more that we have to do it for ourselves.

Published as “Combat Rock” in the January 2020 issue of Philadelphia magazine.