After eight years at the Animal Care Centers of New York City, Aurora Velazquez is taking on Philly’s open-admissions shelter. 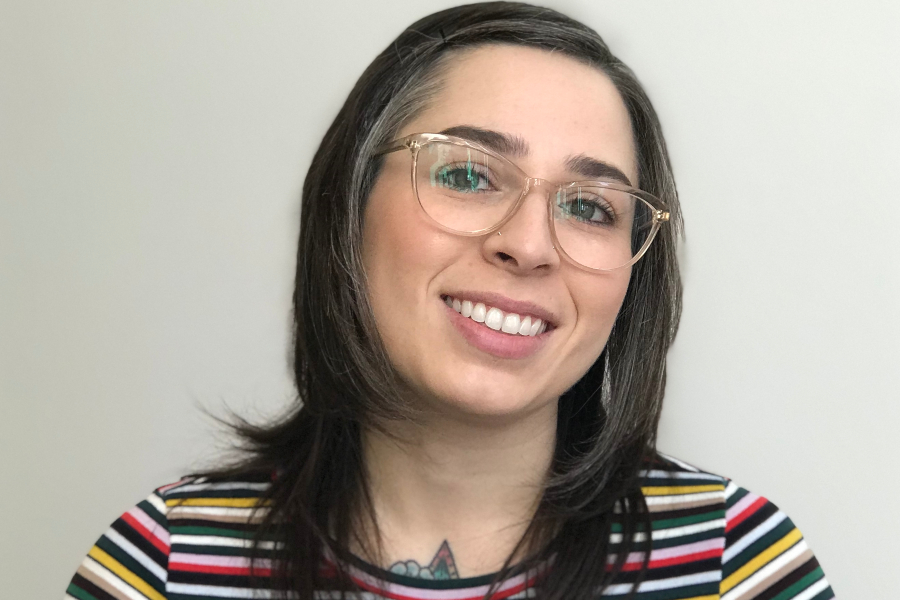 Last spring, the city-owned animal shelter suspended all dog adoptions and intakes for two weeks after a nasty upper respiratory infection spread throughout its kennels, killing at least five dogs. And earlier in the year, city controller Rebecca Rhynhart released a report criticizing the organization and the city’s Managing Director’s Office, which oversees ACCT Philly, over their spending practices.

But last month, the organization got a new executive director: 36-year-old Aurora Velazquez. And staffers and volunteers are hopeful that she’ll turn things around. Velazquez, who worked with the Animal Care Centers of New York City for eight years, stepped into the role following an abrupt exit by the last director, who left after less than a year.

We caught up with Velazquez to learn about her plan to revitalize ACCT Philly.

Tell me about yourself.
I’ve been in this field for about 15 years. I’ve been very focused on city, open-admission, municipal-type shelters, which is exactly what ACCT Philly is. In the eight years I was with Animal Care Centers of New York City, we were able to reduce intake by about 25 percent and to increase life-saving from less than 80 percent to over 90 percent.

What brought you to this job?
I started to think about what’s next and where I could make an impact. I learned that there was good energy here and a lot of support from the community, volunteers and fosters, but some challenges in terms of execution. So I decided to come and bring the experience that I had to capitalize on that energy and make things happen. 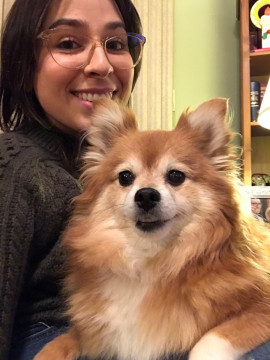 Velazquez and her dog, Mia

What were some of those challenges?
Our building is not designed to be a shelter, and that can create challenges around providing adequate husbandry and the efficient flow of animals — getting them in and out as quickly as possible, because even the best animal shelter is a stressful place for an animal. Also, the size of our staff is not adequate to care for the 18,000 animals we have a year. These obstacles present barriers to serving our animals and community as best we can. But also they are not unique to ACCT Philly. Having experienced other shelters in those circumstances, I’ve learned how to troubleshoot, leverage resources like volunteers, and develop relationships that can bring support to the organization in a variety of ways.

The conditions at ACCT are strikingly different from those at the nearby SPCA, which is not open-admissions. What are some of the challenges that come with open-admissions?
The fundamental challenge is that regardless of staffing levels, funding and resources, you take in every animal. That means that if you don’t have adequate resources to support them, you have to find adequate resources by thinking creatively. And that can mean sometimes an organization is stretched beyond reasonable means. As the organization that takes in the most animals, we’re the ones that need the most community support.

A vital source of support is funding. A recent Cornell report found that in allocating money toward ACCT, Philly spends about $237 per animal, whereas cities of comparable size spend between $350 and $475, according to the Inquirer. How are you going to try to bring more funding to the shelter?
I’ve been here just over a month, so everything is just starting, but I think we have some really good indicators of support. City Councilman Allan Domb has proposed a mid-year transfer of $480,000 to ACCT, which was approved at the committee level and full City Council level. And the city has committed to investing in a new roof for our facility and providing funding for new kennels. I think there’s movement. My interactions and conversations so far have been positive.

What else is holding the shelter back?
We’re right off the 57 bus, but our location can be perceived as inaccessible to other parts of the city. And I think ACCT Philly has been the unfortunate victim of a poor reputation for a long time, much of which is undeserved. There are great people working hard to provide animals and our clients with what they deserve. I’m hoping we’re going to turn that around and develop a support base within the community. I want to go into existing community spaces, tap into houses of worship, things like that, to access groups that have a community-oriented feeling but don’t think of ACCT as a place they can contribute. We can always use more volunteers and more fosters.

What’s your response to the stigma ACCT receives? How can people better direct their energy towards helping the shelter?
My response is always “Please come volunteer.” The way we prevent animals from soiling their cages and ensure they have quality time outside is by having enough people. Criticisms are perfectly fine — I think the community plays a vital role in holding organizations accountable — but that doesn’t mean you can’t also contribute.

What’s the most successful way to get an animal adopted?
A strong connection to the community is so important. People need to know that the shelter is a great place to get an animal; it’s not a place of last resort. That gets them through our doors, and once they’re there, ACCT employs a philosophy that’s called “open adoptions,” which is less about screening and more about a conversation-based approach to find a great match.

How often do people return pets?
It happens. From the animal’s perspective, that experience is no different than a foster situation. Of course we would love for every adoption to be a forever adoption, but if it doesn’t work out, the animal has had a break from a stressful environment, we know more about the animal so we can make a successful placement next time, and we created an environment that felt safe enough for the adopter to come back to us. They weren’t fearful of judgement or any sort of punitive action — they felt that there’s a level of trust that they could come back.

How do you build trust to ensure someone returns an animal rather than abandons it?
My perspective is that you can’t separate animal care from human care. Pets are members of people’s families. We project an open and welcoming environment, and we’re specific in telling people that we are here for them and available for support. After they’ve adopted their animals, our staff calls and emails them, so they don’t feel like they’re untethered with this new animal.

You try to get animals adopted within two weeks of their arrival. Do you usually achieve that?
I think our length of stay is actually a little bit lower. Two weeks is longer than we want to keep them. We try to fast-track them outside of the building, and that can mean adoption, transfer to a rescue organization or temporary foster care to get them a reprieve.

You have dogs and cats. What other animals?
We take everything. Yesterday we had a chicken, the most adorable pig I have ever seen, and I think two rabbits.

What’s the strangest animal shelter has ever had?
That, I don’t know. In New York, it far pre-dated me, but they once had to remove a tiger from someone’s apartment. It spent a day or so in the shelter.

What are some improvements coming to ACCT in the near future?
Our new welcome center is under construction and scheduled to come online in February. Also in February, we are replacing the majority of our dog kennels. Instead of the gated doors that allow the dogs to look at each other, the lower portion of the door will be a solid surface so adopters can see the animals but they’re not looking at each other all day — that’s a major source of stress. And then we also have less sexy things like a new roof, and we’re going to address some plumbing issues. And Vector Control [with which ACCT Philly currently shares a building] is scheduled to leave in March, which will give us an additional 9,000 square feet. We have yet to determine how the space will be used, but we’re hoping to work with a planner to figure out how to best utilize it. We also need to outfit a dog isolation space and make improvements in our cat housing and human spaces.

I assume having no dog isolation area was a big issue when the upper respiratory infection broke out this year.
Outfitting a dog isolation space absolutely is a top priority for us. Along with that, though, is ensuring that our animal capacity stays within what it should be. Stress and overcrowding is a huge factor of disease in animal shelters. I know of shelters that have little to no disease because they’re moving animals into homes and into fosters quickly enough that their population remains at a relatively low level. So it’s a two-pronged thing — identifying a space so we’re able to move animals into it, but also managing our population so it doesn’t become an issue in the first place.