Today is a great day for it. 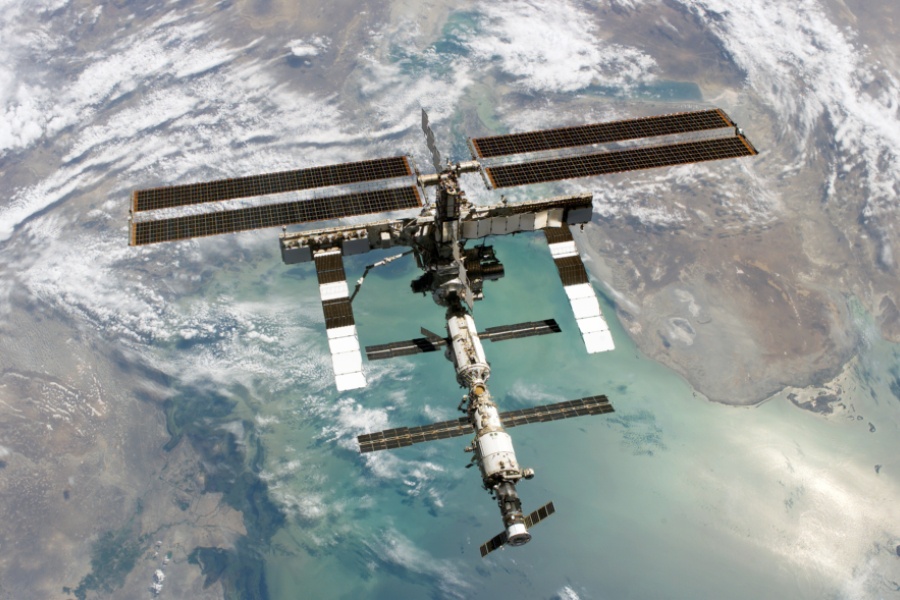 The NASA International Space Station above the Caspian Sea, photographed by a crew member on board. | Image via NASA

OK, space nerds: On Thursday evening, you’ll have the perfect chance to see the International Space Station fly over the Philadelphia region.

The station will pass over the East Coast around dusk, and Philadelphians can catch a view of it for approximately six minutes, starting at 5:03 p.m. It’ll first appear from the direction known to NASA as “west by northwest,” which, as you might expect, means about halfway between west and northwest. (Technically, it will come from about 10 degrees north of this point, but just keep your eyes peeled in that direction.) One it emerges, it will move southeast.

From our earthly vantage point, the space station appears to glide across the sky somewhat quickly — so don’t miss it!

Wondering exactly what to look for or what to expect? First things first: You won’t need a telescope or any other equipment to view it — you can see it with your bare eyes. According to NASA’s website, the ISS looks like an airplane or a very bright star moving across the sky, but it won’t have flashing lights or change direction as it moves. Plus, it will speed across the sky must faster than a typical airplane. Airplanes usually fly at about 600 miles per hour, while the space station moves at 17,500 miles per hour. 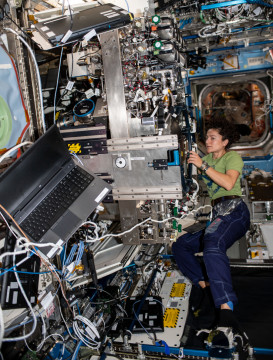 NASA astronaut Jessica Meir aboard the ISS | Photo via NASA

At that speed, the ISS circles the earth every 90 minutes, giving the astronauts living onboard (yes, there are people living onboard) 16 sunrises and sunsets every day — imagine that! Crews have inhabited the space station for more than 15 years. In that time, it’s sailed around the earth nearly 90,000 times. Flight Engineer Peggy Whitson of Expedition 5, who lived six months in space on the station, once said of her 2002 experience that, “Being here, living here, is something that I will probably spend the rest of my life striving to find just the right words to try to encompass and convey just a fraction of what makes our endeavors in space so special and essential.”

Because the ISS circles the earth so often, sighting opportunities aren’t infrequent. They range from several times a week to once a month, according to NASA. Conditions have to align for you to spot the station though: it must pass overhead during dawn or dusk for it to be visible. Conditions during Thursday’s event will be ideal. Skies are expected to be clear at dusk, and the space station will be visible for six minutes, which is longer than most other sighting opportunities this month. The space station is visible because it reflects light from the sun. (That’s the same reason the moon appears to shine.)

If you want to be kept in the ISS spotting loop, you can sign up for NASA’s text or email alert messages. The organization will inform you of each time there’s a sighting opportunity, as well as which direction the station will be coming from, where it’s headed, and how long it will be visible. There’s also an FAQ page with instructions on how to read the text and email messages. They’re a little complicated, but I’ve been signed up for about a year, and it’s always fun to get an alert. Texts and emails will come about 12 hours in advance of a sighting opportunity.

For more information on the ISS (which President Donald Trump plans to stop funding in 2024 and apparently wants to turn into a privately run orbiting real estate venture), visit NASA’s website.

Wondering what Philly looks like from space? Here you go. 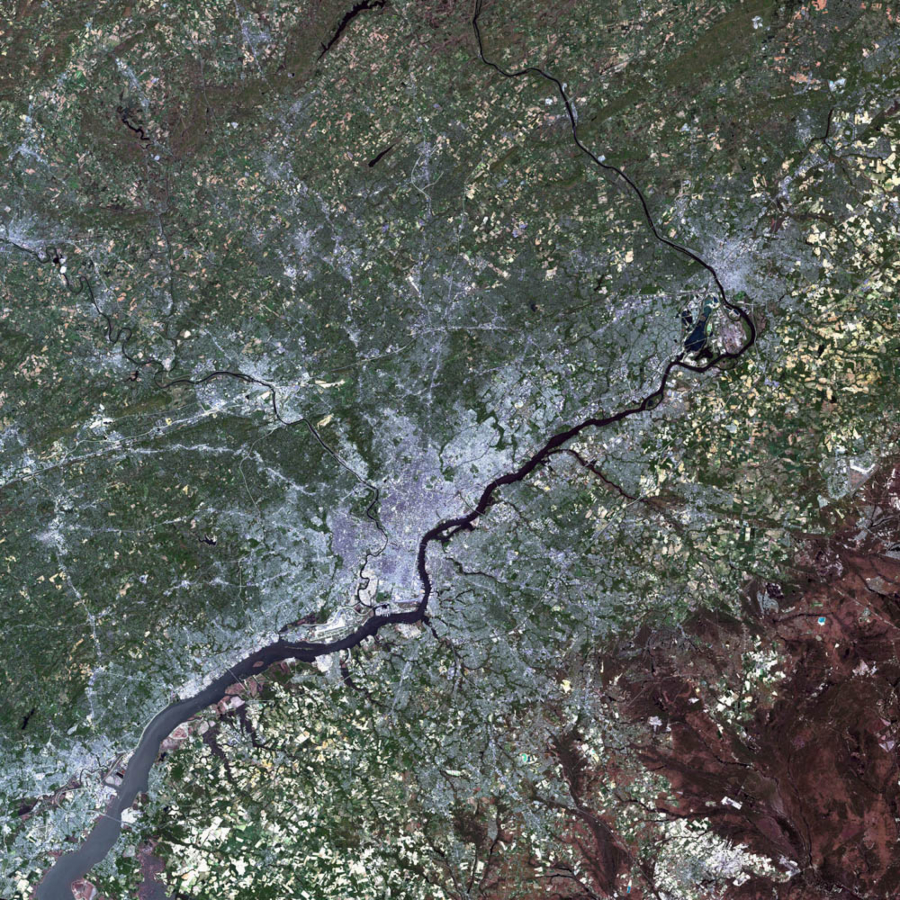