Well, sort of. The longtime exec and Philly power broker will soon begin the process of stepping away from the company, but he’ll remain an adviser to CEO Brian Roberts. 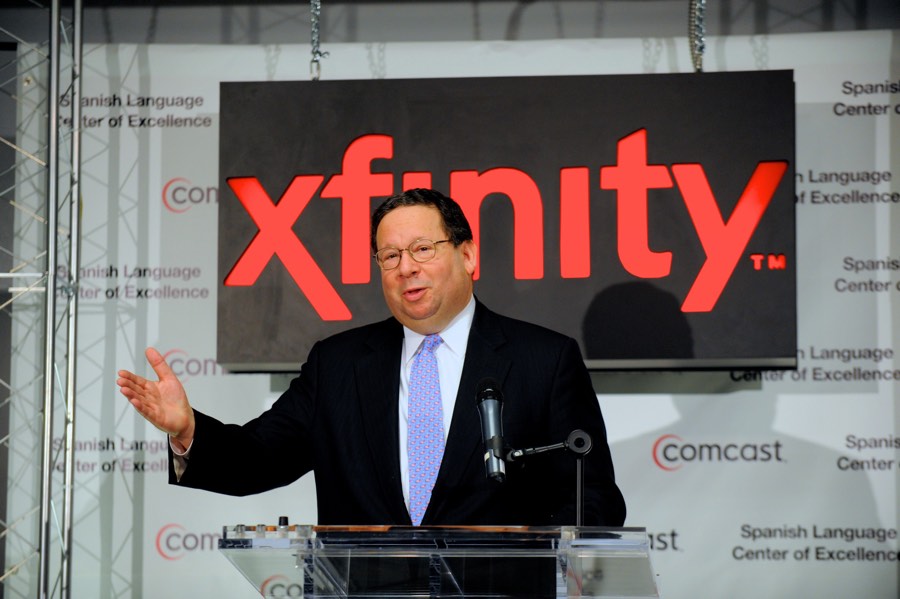 Over the past three decades, few people in Philadelphia — elected officials or otherwise — have been more influential than David L. Cohen. From his time as Ed Rendell’s chief of staff beginning in 1992 to his 17 years marshaling Comcast along its path from old-school cable company to multinational entertainment conglomerate, Cohen has wielded enormous power in Philadelphia and beyond — and always as a number two, never as the leading man.

But on Thursday, Cohen confirmed what was first made public in a Comcast SEC filing: His reign will be coming to an end on January 1, 2020, when he’ll give up his day-to-day role in company operations and begin a year-long transition from his current position of Senior Executive Vice President to an advisory role. “I recognized that I needed to focus on Comcast’s next 10 years … and on my own personal life which has candidly taken a back seat to my professional life,” he wrote in an company email obtained by the Inquirer.

One might note that an email talking about a need to “focus on Comcast’s next 10 years” doesn’t really sound like a typical stepping-down letter. But it would probably be impossible for Cohen to step away completely. This is a guy who, according to legend, works 18-hour days and barely sleeps.

If there’s any doubt as to whether Cohen’s announcement is going to change anything, take it from CEO Brian Roberts, who wrote this in a statement: “It is impossible to overstate David’s value to Comcast NBCUniversal. I am deeply grateful to him … . His impact on Philadelphia cannot be understated and his passion for diversity and inclusion has helped transform our company and our industry.” Now that sounds more like your usual fond farewell letter.

In Cohen’s nearly two decades at Comcast, his areas of responsibilities have grown nearly as long as the company’s terms and conditions: corporate communications, government and regulatory affairs, public affairs, corporate administration, corporate real estate and security, and community impact. He’s also the company’s Chief Diversity Officer, and was one of the main forces behind Internet Essentials, a program for low-income users that reached nearly 200,000 Philadelphians as of last year.

Cohen has exerted most of his political influence in the name of fulfilling the “government and regulatory affairs” portion of his job description. He’s been tasked with testifying before Congress and whipping votes to ensure Comcast’s various mergers don’t run afoul of antitrust regulators. In effect, it’s lobbying — only not officially.

Cohen’s political experience goes back to his Rendell days, where he was the brains behind many of the budget-saving measures that helped keep the city from bankruptcy and put it on the positive trajectory it remains on today. To this day, Cohen has remained a power broker in private life. He’s said in interviews that he’s given hundreds of thousands of dollars worth of campaign contributions to candidates. He’s hosted Barack Obama at his home. That home was also the site of Joe Biden’s first presidential fundraiser. But even Cohen’s so-called “personal” political donations bleed into his public role. “My priorities in political giving are Comcast priorities,” Cohen once told the New York Times.

When Cohen officially moves to his advisory position at the end of 2020, we expect he’ll still feature quite prominently as a behind-the-scenes — and influential — mind in the Comcast brain trust. But this does feel a bit like the end of an era. At least now Cohen might have some time for some non-Comcast priorities — those 18 hours a day won’t fill themselves.