One of Us: David L. Cohen

The Comcast bigwig, former Rendell chief of staff, and all-around power broker talks Bruce Springsteen, Martha’s Vineyard cheesesteaks (eek!), and why he doesn’t go to the Jersey Shore these days. 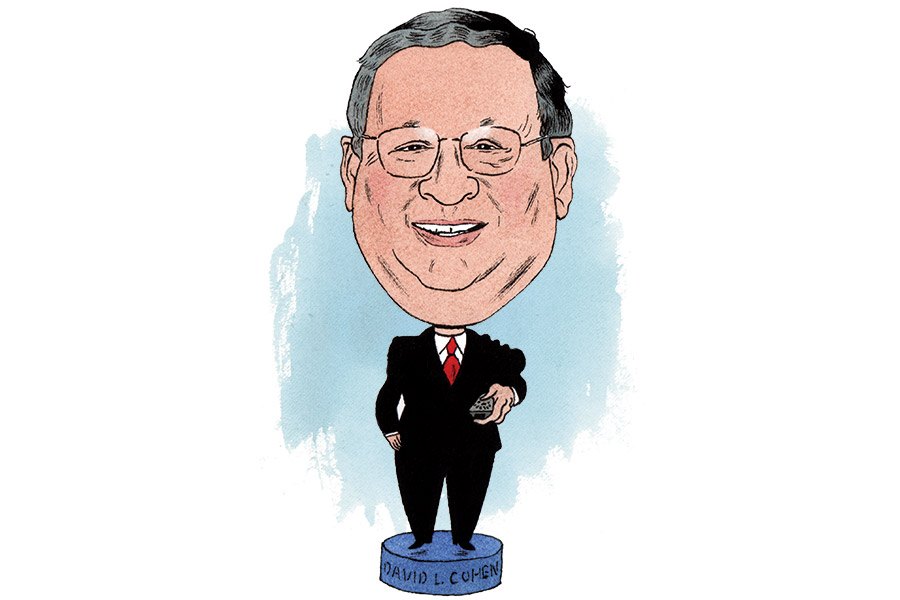 My name is … David L. Cohen. I always use the L, because former Philadelphia City Council member David Cohen would get mad when I’d be quoted in the papers. He was afraid people were going to think it was him.

I grew up in … Central Jersey.

These days, I live in … Mount Airy. Allegedly. I say “allegedly” because I’m on the road so much.

My wife is always telling me … to slow down.

The first big concert I went to was … Bruce Springsteen, at the Swarthmore College amphitheater in the mid-’70s. He loved the acoustics there.

If you’re giving me a bottle for my birthday, make it … a Diet Orange Sunkist. True story. Anybody who reads that will say, Now that’s a legitimate interview.

People would be surprised to know that I … was a registered Republican until 1987. I switched because I was working for Ed Rendell in the Democratic primary, and I figured the intrepid Philly press would figure out I couldn’t even vote for the guy I was working for.

The most beautiful space in Philadelphia is … Fairmount Park. From Lemon Hill to the historical houses to the Water Works, there are so many great spaces there.

My favorite Shore town is … Long Beach Island. Well, it was. Growing up, that’s where I spent my summers. My wife, Rhonda, doesn’t love the Jersey Shore. She grew up going to the mountains. And I don’t love the Poconos. So for the past 35 years or so, we go to Martha’s Vineyard.

So far, I would give Mayor Kenney a grade of … A-minus. Strong start. Unfinished budgetary policy. And I’m not a big fan of the soda tax, although I am a big fan of the projects he’s using it to fund.

The last time I ate a cheesesteak was … last weekend, at Bob’s Pizza in Martha’s Vineyard. Once or twice a summer, I check out a cheesesteak there and give Bob my comments.

The most challenging thing about my job is … managing public perception, particularly in times of crisis. Comcast is a big company that’s constantly in the public eye.

The best thing on Wawa’s menu is … a turkey Classic with lettuce, tomato, onions and mayo. No cheese. It’s the only thing I’ll buy at Wawa.

One bad habit I wish I could break is … waking up at 4 a.m. I go to bed midnight-ish.

One thing I miss about old Philly is … the lack of congestion in the streets.

My doctor says I should … lose 10 pounds. I tell him I’m working on it. I’ve actually lost 10 pounds twice over the past five years, so I’m 20 pounds lighter than I was five years ago.

If you tell me that you hate the new Comcast tower’s design … I’ll tell you that it’s unlike any other building in Philadelphia and that it’s redefining the skyline. In five years, you’ll get used to it and really appreciate it.

Published as “One of Us: David L. Cohen” in the August 2018 issue of Philadelphia magazine.