This time, the charges involve an employee of Energy Transfer, the company that owns the cross-state pipeline project. 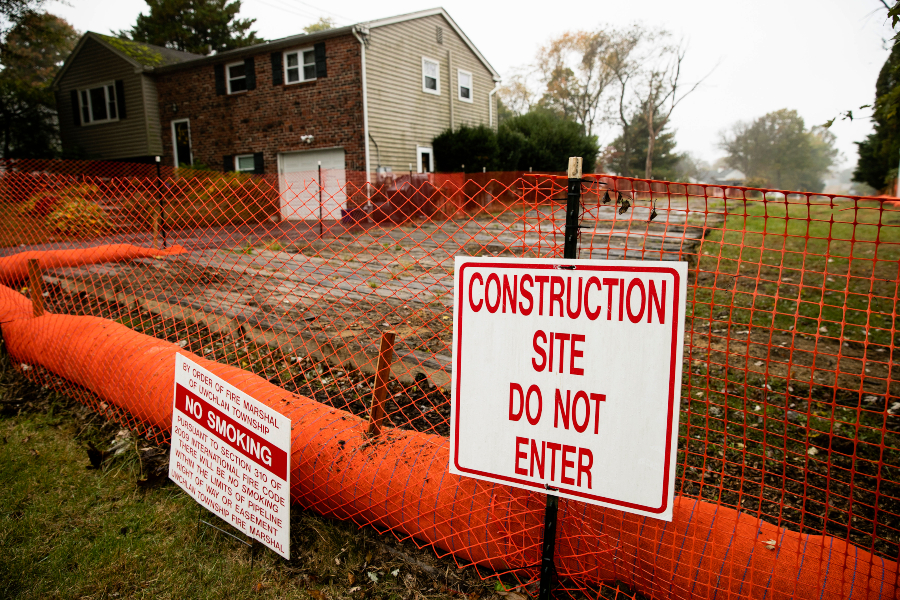 The Chester County District Attorney’s Office on Tuesday announced a second round of criminal charges in its ongoing investigation of the contentious Mariner East pipeline project.

The new charges involve the security manager at Energy Transfer, the Dallas-based company that owns the three cross-state pipelines that make up the Mariner East project, as well as several employees at security contracting firms. According to court documents, each of the workers has been charged with bribery, conspiracy, and related offenses.

The DA’s office first filed charges in August in connection to its ongoing investigation into Mariner East, which includes three natural gas liquids pipelines that have prompted a flurry of lawsuits, environmental violations and controversy over sinkholes, safety and state oversight. The charges filed this week are connected to a scheme detailed by the DA’s office over the summer, in which local state constables allegedly used their official positions to intimidate citizens when working along the pipeline route as Mariner East security officers.

“This is a pretty simple case,” Hogan said in a statement on Tuesday. “State constables sold their badges and official authority. Energy Transfer bought those badges and authority, and used them as a weapon to intimidate citizens. And the defendants attempted to conceal their activity through a maze of companies and payments.

“Meanwhile, new sinkholes are popping up along the Mariner East pipeline,” he added. “And still, the governor remains asleep at the wheel.”

The DA’s office claims that Energy Transfer recruited and hired security in the form of state constables, elected officials who are typically responsible for monitoring polling places, serving arrest warrants, transporting criminal defendants for court purposes, and serving as courtroom security. Some background: The Pennsylvania Ethics Act requires state constables to file statements of financial interest for any amount of income greater than $1,300 and forbids them from using their official authority for private benefit.

However, the investigation found that multiple state constables worked as security personnel along the Mariner East pipeline route, including in uniform and displaying constable badges, and were paid for their labor. Some constables allegedly worked outside of their jurisdictions. The implicated state constables were arrested and charged with official oppression, violation of the Ethics Act, and related offenses in August.

Hogan said the DA’s Office further investigated the matter, discovering that Recknagel allegedly tried to conceal the hiring and payment of the constables — an illegal activity — by using the two security firms, TigerSwan and Raven Knights, to coordinate the security operations.

Recknagel then “used a shell game” to hide payments to constables, Hogan said, by arranging for uninvolved subcontractors to send payments to TigerSwan and Raven Knights to eventually reach the constables. The constables failed to report the payments on their Pennsylvania Ethics Statements, according to the DA’s Office.

TigerSwan, which is based in North Carolina, is known for its controversial security practices along the Dakota Access Pipeline. When reached by phone on Tuesday, a TigerSwan employee said he was “not able to provide comment” on the charges. Raven Knights, which is based in Pennsylvania, does not list contact information online. Lester could not be reached on Tuesday afternoon. Reached by phone, Murphy referred to his attorney, Perry de Marco, Sr., who said Murphy “did not do anything that he had any reason to believe was improper or illegal … There’s just no crime committed here.”

In a statement, Energy Transfer said “we believe that these charges do not have any merit and find it troubling that District Attorney Tom Hogan would proceed with charges that we are confident will not stand, creating far-reaching impacts for this employee and his family.”

Energy Transfer claimed in the statement that the constables were hired by “an independent, Pennsylvania-based security firm” (it’s not clear if that is a reference to Raven Knights) to “support the West Whiteland Police Department in its efforts to maintain peace within the community” and that “local law enforcement never expressed any objection to this security plan when it was discussed and implemented.”

The defendants were arrested and processed on Tuesday. They have been placed on unsecured bail and await preliminary hearings. Anyone with information on the Mariner East pipelines is asked to contact Chester County detective Ben Martin at 610-344-6866.

To read more about the Mariner East pipelines, which are reportedly the focus of an FBI investigation, click here.