YA Author Kacen Callender on Transgender Characters and Writing for Teens

Their first adult book, Queen of the Conquered, is out on November 12th. 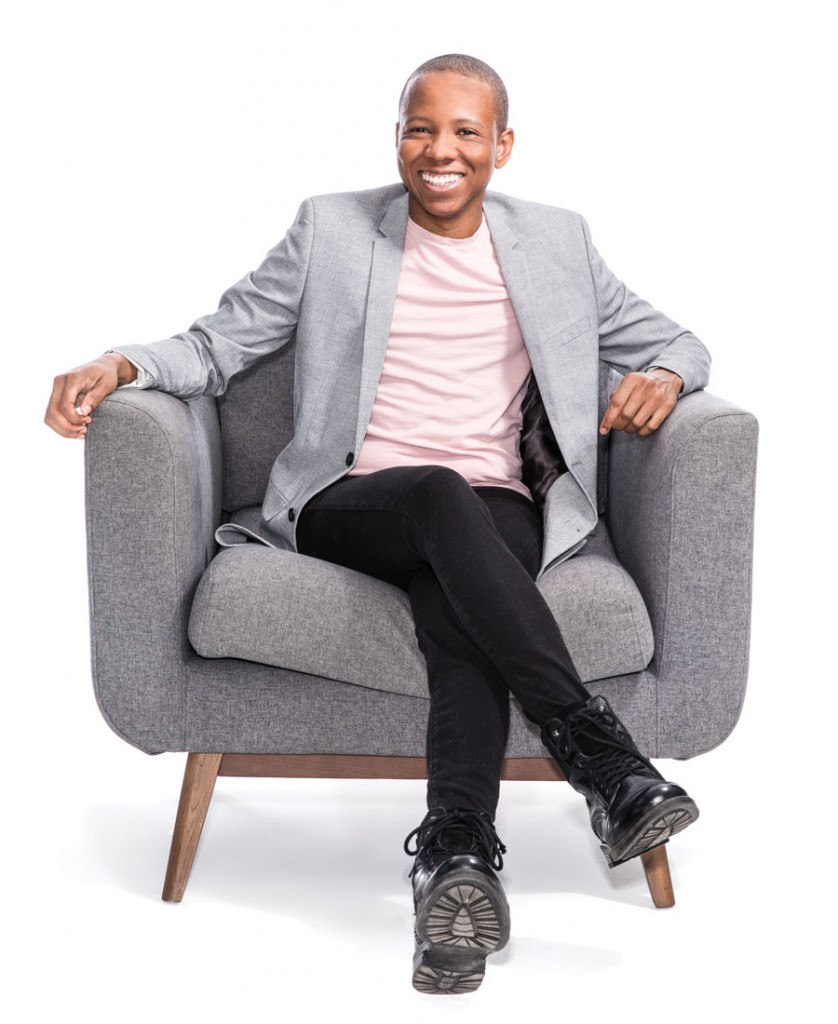 Queen of the Conquered takes place in a Caribbean-inspired fantasy world in which the protagonist, who’s black, is fighting against colonizers but also has slaves herself. Anti-heroes are common in art right now. Why do you think that is?
I think it’s important for people to look at their own shortcomings and their own possibilities of privilege in a way that we haven’t really done before. It can be easy to say, as  a black person, I’m oppressed in so many different ways. It’s easy to get defensive and not really look at the ways that I myself could be privileged and I myself could be contributing to a lot of issues in society.

You’ve mostly written young adult books — this is your first adult novel. Does the approach change based on whom you’re writing for?
No. I think my YA characters are also pretty realistic and morally gray, for better or worse. The main difference between YA and adult is that the adult doesn’t tend to offer as much hope.

You have an upcoming YA novel that has a transgender main character. That’s still not especially common. Is that because most people transition when they’re older, or is there something more insidious going on?
The year 2020 is going to be huge for trans books. There’s mine and, like, five others that are also coming out. There’s been a lot more awareness for transgender people in the media, so a lot more people are realizing they’re trans. And now more people are telling their stories.

Are all of those people writing trans characters actually trans?
Yeah.

This gets to the question of who should be writing what. Is there a scenario in which a non-transgender person could ever or should ever write a trans character?
I think that people can. The question is more like, what is their motivation for writing that story when there are other people who are trying to tell their own stories and can’t get them told as easily? So maybe take a step back and let those people get their stories told first.

The YA community has been known to attack soon-to-be-published books over perceived racism, homophobia, or other insensitivities. Some authors have, as a result, withdrawn their books entirely. What do you think of the criticize first, publish second approach?
I think every case is unique. In some cases, I do know people were hurt and offended and did not want that to be in a child’s hands. So those books were taken off the shelves. That was the author’s decision and the publisher’s decision. I’ll leave it at that.

The New Yorker described the community as a “censorious, woker-than-thou hothouse.” Do you agree?
I think that a lot of people have opinions without being a part of the community. I’ll also leave it at that.

Do you ever fear falling victim to that backlash?
I’m more fearful of making a mistake that would hurt a reader. A reader once reached out to me regarding the arc of a book that hadn’t come out yet and said, “This kind of hurt me; I wonder if you’d be willing to change it.” And I did.

Some writers would say I have to write my story and the reader has to grapple with that. Do you owe your readers anything?
Especially for children and for YA, it’s all about the readers.

So did you feel liberated being able to write an adult book?
Not at all. Because I could also make a mistake. [laughs]

Published as “Young and Hungry” in the November 2019 issue of Philadelphia magazine.