This Record-Breaking October Heat Has Us All Confused

It's going to be 93 degrees Fahrenheit. What happened to fall? 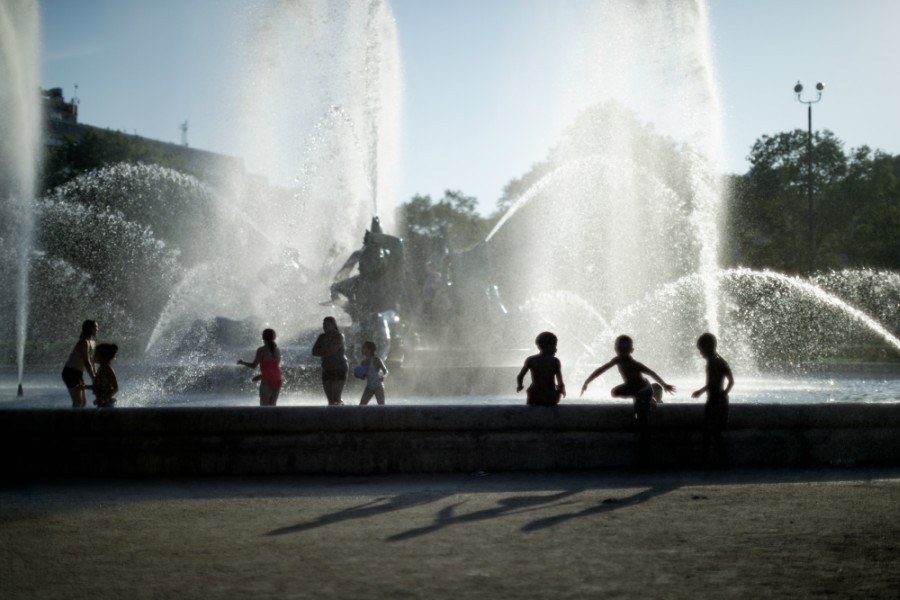 It’s going to be 93 degrees Fahrenheit in Philadelphia today. On October 2nd. During what’s supposed to be fall.

This weather feels more apropos of August, and it has us confused, too. It’s going to be so hot on Wednesday that we’re all but guaranteed to break the record high for October 2nd: 87 degrees, set in 2002. (Move over, 2002 — 2019 is coming in hot.) It’s also the first time the temperature has hit 90 degrees in October in Philly since 1941.

Temperature records have been kept at Philadelphia since 1874. In that time period Philadelphia has only recorded 6 days in October where the temperature hit 90. If Philadelphia reaches 90 today it will be the first 90 degree October day since 1941! #njwx #pawx #dewx #mdwx pic.twitter.com/0679c7bdx6

If, like most of us, you are not enjoying this unseasonal heat, I bring bad news. Thanks to climate change, this weather could be just a small taste of what’s to come if the world is unable to seriously curb greenhouse gas emissions moving forward.

To give you an idea of how much hotter it could get, the city saw an average of four days a year when temperatures exceeded 95 degrees Fahrenheit between 1961 and 2000. By 2100, Philly could experience between 17 and 52 days above 95 degrees, according to the Mayor’s Office of Sustainability. Let that sink in a bit.

Okay. Now that you’re worried about global warming (as you should be), you might want to head to the beach to relax. It’s going to be 89 degrees Fahrenheit in Atlantic City, with an idyllic ocean temperature of 72 degrees, according to the National Weather Service. If you can escape work and get to the Shore, we highly recommend it. (Then come up with a plan to fight climate change, of course.)

And now for the good news: Make it through today, and cooler temperatures are in store. On Thursday, the high is forecasted to be only 64 degrees Fahrenheit, and rain is likely. But the weekend looks lovely: We’re expected to see highs of 70 degrees, 66 degrees and 75 degrees Fahrenheit on Friday, Saturday and Sunday — with sunny weather all three days. With Wednesday’s heat, you can (hopefully) bid adieu to summer.

For those of you who can’t wait for autumn to kick in, there’s more to look forward to. This last bit of heat won’t mess with leaf color in the next few months: We’re still in for a great fall foliage season, according to the state’s Bureau of Forestry. Here’s when leaves will reach peak color.