Lenfest CEO Jim Friedlich and the three recipients on the state of local news in Philly — and what they plan to do with the money. 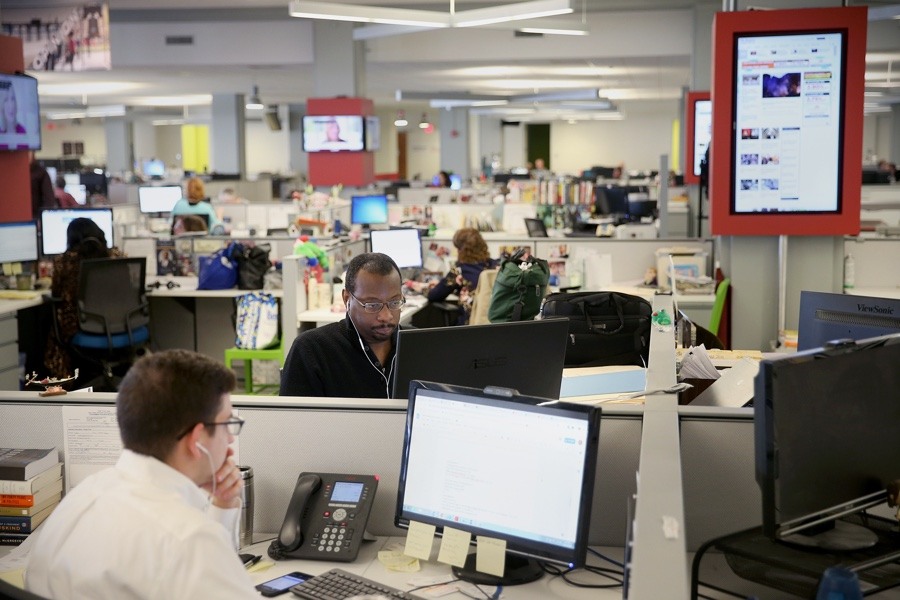 Of course, the rub with many billionaires is that they’ve lived their whole lives accumulating vast sums of wealth, not hemorrhaging them. So when times get tough, many billionaire media owners decide to sell off or shutter their publications — even though, in billionaire’s terms, what they’re experiencing is more akin to a paper cut than a hemorrhage.

Fortunately that’s not the case for the Philadelphia Inquirer. Its billionaire owner, the late philanthropist Gerry Lenfest, decided in 2016 to donate the newspaper to a newly formed nonprofit, the Lenfest Institute, whose goal, according to CEO Jim Friedlich, is to turn Philly into a “national center of impact for the future of local news.”

That means giving away money, of course, and last week, the Institute, in partnership with the Knight Foundation, did just that — granting a total of $5.25 million (Lenfest’s largest-ever local investment) to three recipients: the Inquirer ($3 million for product development); Temple’s Klein School of Media and Communication ($2 million for similar engineering product research); and Resolve Philadelphia ($250,000 to further the group’s collaborative reporting on issues such as poverty and incarceration in Philly).

We caught up with Friedlich, and reps from each of the three grantees, to talk about the grant and the state of local media in Philly.

The Temple grant is for creating new tech products to help expand the reach of news organizations and increase revenue. What might those products actually look like?

I wanted to hear about Resolve Philadelphia. Is the emphasis on collaboration a nod to the fact that single news organizations are weaker than before, and therefore must collaborate to do what they could once do alone?

Jean Friedman-Rudovsky (co-executive director, Resolve Philadelphia): There have been past attempts at collaboration in Philly that have not gone so well. I think one of the reasons for our success in this work is the timing element — the fact that, with the business model sort of falling out from under all of us in this industry, newsroom leaders are way more open to trying new things, or to trying things that were sort of anathema, like editorial collaboration with your “competitor.”

Stan Wischnowski (executive editor, Philadelphia Inquirer): Here at the Inquirer, when I first started here in 2000, our appetite for collaborating was not great. Quite frankly, it was because we didn’t think we had to. We had 600 journalists —  almost twice as many as there are now. So we can’t be all things to all people. But when it comes to super-important topics, the first two topics that we’ve been a part of Resolve with, there’s no question that these audiences are being better served by a multimedia approach, where TV stations, radio stations, ethnic media, the large legacy organizations, are tackling these serious issues on all sorts of different reporting fronts.

As national outlets like New York Times and the Washington Post continue to gain strength, it seems as if they’ve envisioned themselves filling the void from disappearing local reporting. Is collaboration between local newsrooms as a response to that encroachment?

Friedman-Rudovsky: Well, I would not say that one of the motivating factors, from a coordination standpoint, was to compete better with the New York Times or the Washington Post. We are primarily interested in serving the information to the communities in and around Philadelphia.

Jim Friedlich (CEO, Lenfest Institute): There are a couple lessons from the digital growth and success of the Times, the Post, and other national news. One is that only strong local or regional news operations can properly serve their local regions. When there was a police shooting in mid-August in Philadelphia, there were television helicopters, there were CNN phone-ins, but the Inquirer had 80 people involved, many of them on the scene, and the rest involved in the editing, in real-time production of that story. It’s when there’s a big story that the value of local news really comes to the fore.

The Inquirer recently went through buyouts. There was also an internal memo circulated that said, “At our current trajectory, we know that in five years we’ll be buried under a debt load that will be next to impossible to overcome.” Stan, can you explain that sort of pessimistic message, considering how much Lenfest money has already been spent and is still being spent on these various projects?

Wischnowski: We’re a for-profit company. [The Lenfest Institute doesn’t] pay for our operations if we’re having a bad quarter, a bad month, or a bad year. We can’t apply for a grant to get our expenses paid. With this structure, we’re not immune to the market forces that are transforming, in a largely negative way, many of our media institutions. We did, like most of the major metros — outside of the Post, Times, and the Wall Street Journal — have a difficult time in 2019. But we’ve had profit-sharing two out of the first three years out of the gate. We are very aggressively looking to our future and ensuring that we’re staying ahead of the curve. So the document that you referred to, just to be clear, that five-year projection was if we chose in 2019 to be sitting on our hands doing nothing.

Do you see these tech products as a magic bullet ?

Wischnowski: Whether it’s a magic bullet or not, that’s to be seen. But the technology piece of it really has a chance to get us to a much better place from a digital subscription standpoint, making sure that the experience of users is better than it’s ever been before, ensuring that we’re tapping into this metropolis, these areas of otherwise underserved communities in ways we never have before. There’s a great opportunity for us to get back on track — and the technology piece of it has been the missing link for us.

Friedlich: There is no single magic bullet to save local journalism. We believe we need to do several things right, and aggressively. The first is to invest in high-impact journalism that matters to the city of Philadelphia, and others. The second is to invest meaningfully in diverse voices, diverse new audiences, and diversity in the newsroom and in the business itself. The third is to encourage deep collaboration and cooperation across the news ecosystem. And last but not least is to invest meaningfully in technology and product engineering, really for the first time, at the local level.

This conversation has been edited and condensed.