What If There Was a City Official Whose Only Job Was to Make Philly Better for Kids?

The case for a children’s czar in Philadelphia. 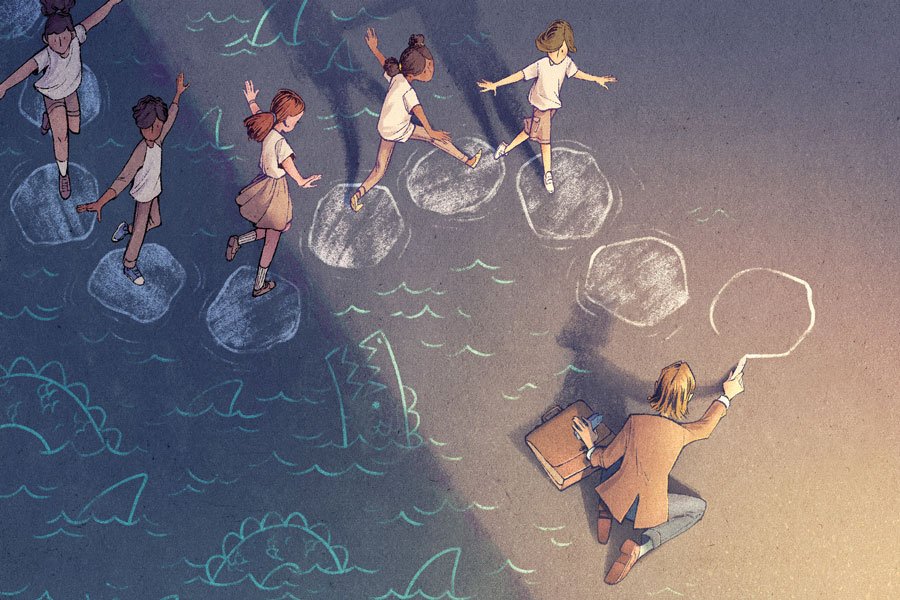 Philly kids’ life expectancy can face a 20-year difference between Council districts. Who’s got a minute for the kids? Illustration James Firnhaber

This summer, the Scattergood Foundation — a behavioral health nonprofit — partnered with data analytics firm Azavea to produce a report on the well-being of children in Philadelphia. The project used a raft of public data to map risk factors that affect the city’s kids — exposure to shootings, family poverty, and educational attainment, for example — as well as the quality of local “assets” that help mitigate those risk factors, like schools, rec centers and food access.

The purpose wasn’t just to show a correlation between these factors (which seems to exist: There’s as much as a 20-year difference in life expectancy between Council districts). The researchers also hoped to “present the information in a way that can guide decision making.” The report has garnered interest from city and state officials and foundation heads, says Samantha Matlin, Scattergood’s vice president of evaluation and community impact. And yet at this point, the specifics of whose decisions the info will inform are still up in the air. Which raises a question: Who actually owns the job of moving the needle on quality of life for Philly kids?

The answer, depending on whom you ask, is either a long list of names or no name at all. And that seems to present an opportunity: What if there were a single city point person, a sort of children’s czar, whose job it was to make Philadelphia better for kids? In the past, when the needs of the city demanded it, a director for LGBTQ affairs was created. Imagine a similarly minded mayoral appointee who would rep a group of Philadelphians too young to have a voice in government — someone who could declare, say, that by 2025, we will increase children’s life expectancies in places that lag … and then be accountable for it.

Don’t get me wrong: Philly has numerous entities right now working hard, often in concert, to improve outcomes for our kids — city agencies and departments, foundations and nonprofits. What we don’t have is one person in City Hall whose sole focus is making Philly a good place to be a kid, no matter which neighborhood you live in. The ideal candidate? A detail-oriented data miner and big-picture visionary — a lobbyist targeting everything from City Council to SEPTA to Comcast and advocating ways each might improve conditions, with the power to bring relevant players to the table.

This lofty job description aside, the overall role — particularly at a moment when progress and poverty are fighting it out as the defining narrative of Philly — would be to relentlessly remind power brokers that we simply cannot build up Philly’s future without building up its future citizens. And that’s a job worth creating.

Published as “Got a Minute for the Kids?” in the September 2019 issue of Philadelphia magazine.