Wait … City Winery Might Actually Be a Good Concert Venue?

The new restaurant/music room, set to open at the Fashion District, has booked big-time indie acts like the Mountain Goats and Josh Ritter as part of its first slate of concerts. 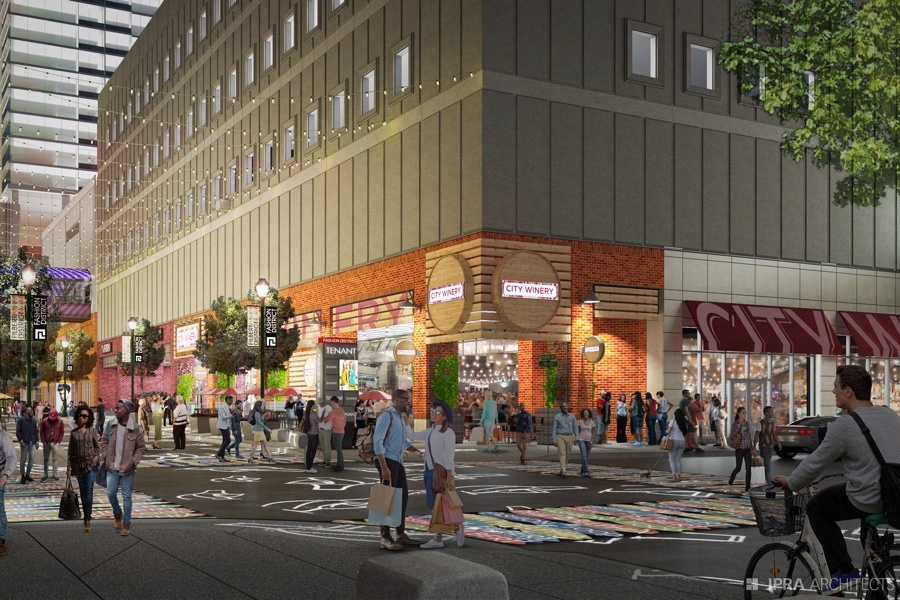 The Philadelphia location of City Winery looks like it may actually have some solid concerts. Rendering courtesy of the Fashion District.

So we’re pleasantly surprised to learn that our fears may have been misguided. This week, the venue — which is in fact two separate seated spaces, both of which serve food — announced its opening slate of performances, and they’re actually pretty good! Country singer Emmylou Harris takes the stage on opening night (September 27th), followed by the Mountain Goats the next evening, then Americana singer-songwriter Josh Ritter the night after that.

As far as headliners at new Philly music venues are concerned, City Winery’s slate may not quite equal the venerable stardom of Hall & Oates at the Fillmore or Bob Dylan at the Met. Still, for a shopping mall venue, snagging the Mountain Goats and Josh Ritter in particular — two artists not far from their primes who routinely perform sold-out shows across the country — constitutes a veritable coup. All three of City Winery’s first shows are also co-promoted by WXPN, which could well be the making of a promising partnership. Many of the best artists to perform in Philly do so under the WXPN banner.

The subsequent lineup for City Winery sort of tapers off after that first weekend, but there are scattered highlights: R&B singer Bilal on October 10th and 11th; Los Lobos on December 15th and 16th. In any case, it’s hard to fault City Winery for a slowdown. In Philly, with its slew of top-tier venues, there’s no shortage of competition.

Of course, there is always going to be a certain limitation to City Winery. It’s just never going to feel especially cool walking into a shopping mall for a concert, compared to, say, the basement of the First Unitarian Church, or the art gallery space at PhilaMOCA. Still, if City Winery continues to book acts that people legitimately want to see, maybe the location won’t matter. The Fashion District better hope it doesn’t. In today’s bleak retail climate, a destination music venue on site could be critical to helping ensure the ambitious retail project survives.