Will Fashion District Succeed Where the Gallery Failed?

What our new downtown mall, opening this month, will tell us about the fate of Philly retail. 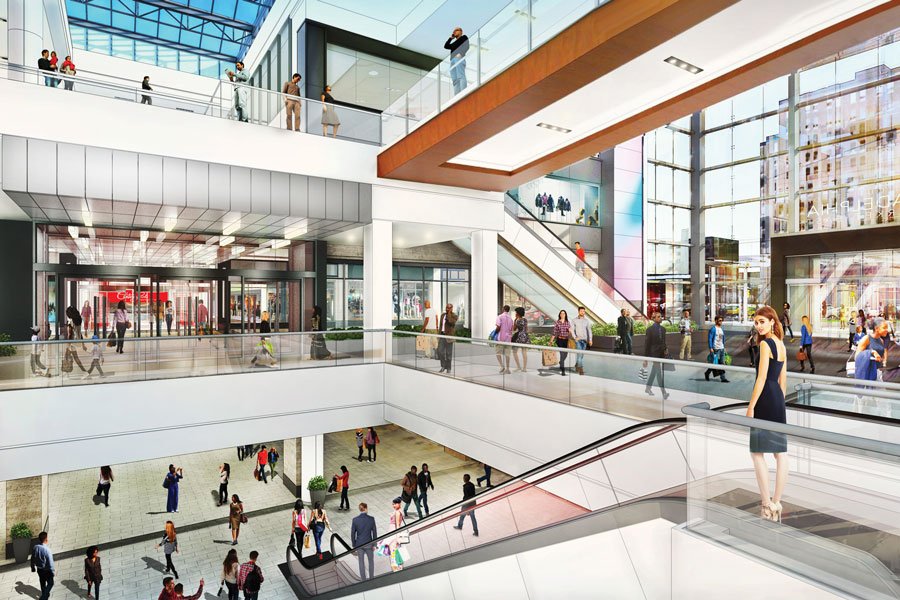 A rendering of Fashion District, where Philly’s retail tale will be told. Rendering courtesy JPRA Architects

The American mall is dead. Or is it? On the one hand, there are the raw numbers: By April 2019, retailers had already announced they planned to close more stores than they did in all of 2018. How could the mall be anything but dead? And yet this month, Fashion District — the long-awaited $400 million renovation of the old Gallery mall — will finally open on Market Street. How could the mall be anything but alive?

PREIT, one of the companies behind Fashion District, has reasons to hope. For starters, unlike the Gallery, Fashion District will bring a long-overdue cineplex to Center City. Entertainment to draw people into malls is critical when they could more easily shop online. “Successful malls are multi-use,” says Wharton marketing professor Barbara Kahn.

The problem is that for an 800,000-square-foot complex with the word “fashion” in its name, Fashion District has tenants — H&M (not bad), Sunglass Hut (really?), GameStop (yikes) — that are mostly … unfashionable. A segment of the mall is dedicated to four more stylish local vendors, which is at least promising.

Joe Coradino, the CEO of PREIT, says he never sought luxury brands like Prada or Hugo Boss: “We’re creating a retail and entertainment destination for all Philadelphians. Not just the wealthy.” A noble sentiment — but did it have to be an all-or-nothing proposition?

That alone is cause for optimism. A building should assimilate into its city’s ecosystem, not cordon itself off. But the big question remains: Even with all those doors, will there be enough inside to entice us there?

Published as “Mall … or Nothing at All” in the September 2019 issue of Philadelphia magazine.