Here’s How to Watch the U.S. Women’s Soccer Team Practice at the Linc

You can pay to see the team face Portugal later this month — or watch them train for free the day before. (Or both.) 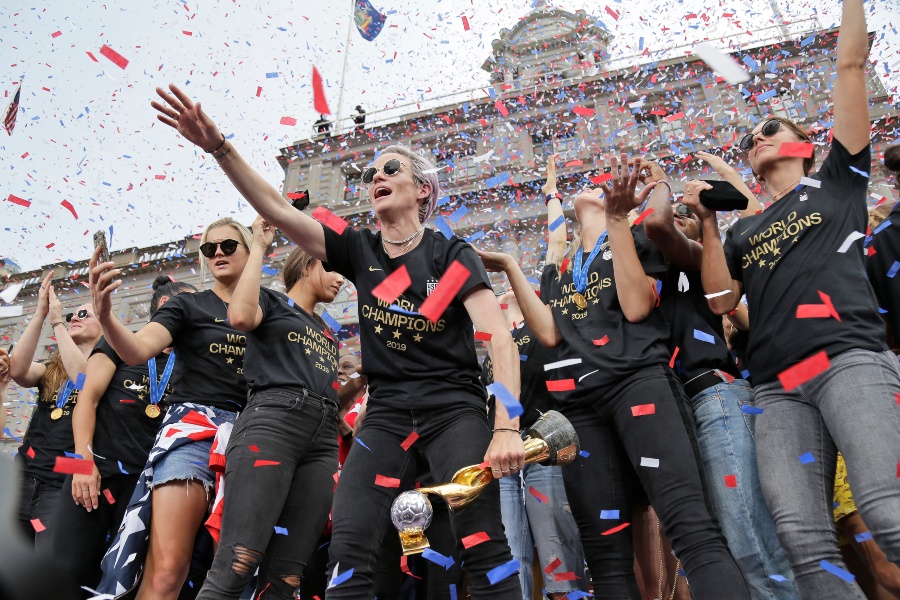 Guess what, Philly? You’ve got not just one, but two chances to see the U.S. women’s soccer team at the Linc this month.

In July, we told you that the FIFA World Cup–winning athletes would face Portugal at the stadium next Thursday, August 29th. The game is part of the league’s 2019 Victory Tour, and tickets are on sale now. You can find more info here.

As mentioned, there’s a bonus: The U.S. Women’s team will train for the game on Wednesday, August 28th — and you can watch for free. All fans are invited to attend the public practice session, which will run between 5 p.m. and 6 p.m. at the Linc.

It’s worth noting that parking at Wells Fargo lots will cost you $30, and all other lots will charge $18. (If you take the Broad Street Line to NRG Station, you won’t have to pay more than the cost of your SEPTA fare. This seems like the best option.)

The event is not ticketed, and gates will open at 4:30 p.m. You can access the stadium at the northeast corner, through Braskem Gate. The NFL Clear Bag policy will be in effect. Bags are discouraged, but if you do need to bring one, make sure it’s clear and doesn’t exceed 12″ x 6″ x 12″. One-gallon clear Ziploc (or similar) bags are permitted, as well as small clutch bags that are about the size of a hand. No coolers, briefcases, backpacks, or fanny packs are allowed.

The 2019 Women’s World Cup champions will play Portugal at the Linc next Thursday, the day after their public training session. The game is set to begin at 7 p.m.

So far, more than 43,000 tickets have been sold for the match, which has the potential to break the league’s attendance record for a stand-alone friendly game. The standing record is 44,028 fans. (Fun fact: That game was played at Heinz Field in Pittsburgh in 2015, when the U.S. team defeated Costa Rica 8-0.)

You can purchase tickets, which start at $31 (without fees), through ussoccer.com. Note: Tickets won’t be sold at the Linc except on the day of the game.