On the verge of their 50th anniversary as a band, Steven Tyler, Joe Perry and those other guys barreled through a set for their fans, some of whom paid as much as $1,850 (each!) to witness the spectacle. 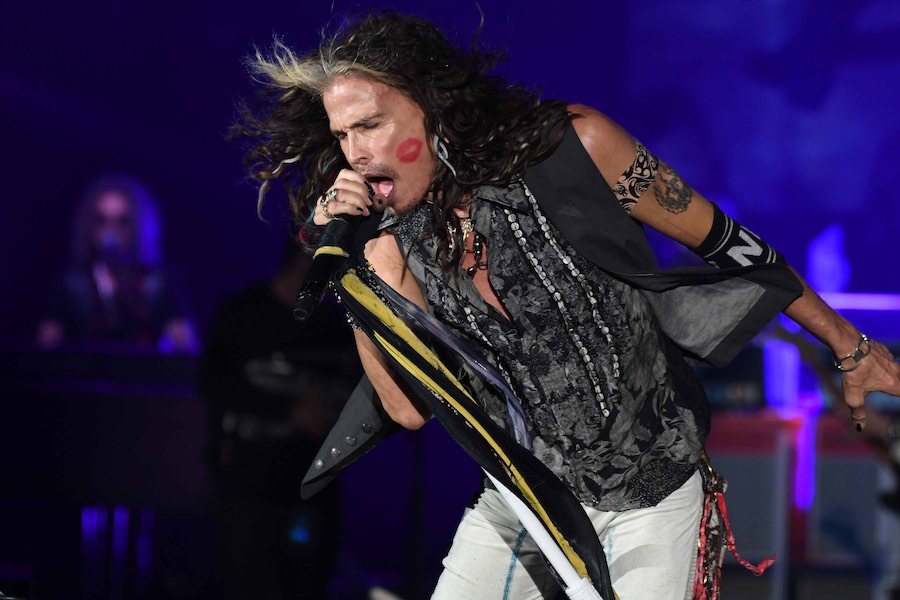 Steven Tyler of Aerosmith at the Borgata in Atlantic City. (Photo courtesy Borgata)

The last time Aerosmith played anywhere near Philadelphia, it was in 2014 at Boardwalk Hall in Atlantic City on their Let Rock Rule tour. And since last year’s Aerosmith tour, which didn’t include an area stop, seemed like it might have been their last — after all, it was called Aero-Vederci Baby, and that tour ended with four canceled concerts due to a Steven Tyler health scare — nobody was really expecting much more out of Aerosmith. But it turns out they’ve still got some rock left in them.

Aerosmith came to Atlantic City on Friday and Sunday for two intimate, in-your-face shows at the Borgata. The performances sold out quickly after they were announced in February, with customers paying $200 to $400 to be part of the fun in the 3,000-person Event Center at the Borgata.

Well, that was just for a ticket to the show.

Some fans paid $1,850 for a ticket that included a meet-and-greet with frontman Tyler and lead guitarist Joe Perry. Or, you could meet the rest of the band for half that price. A bargain.

Aerosmith’s two Borgata shows were part of a small tour, an extension of their Deuces Are Wild residency at the Park MGM casino in Las Vegas that began in April and continues through December. As part of their deal with MGM, Aerosmith is playing a few other MGM properties, of which the Borgata is one.

It’s worth noting that none of the dozens of performances during the residency or mini-tour happen on consecutive days. There is always at least one day of recuperation between shows.

All five members of the band are either pushing or have surpassed the age of 70, and it’s well known that some of them have beaten their bodies up pretty badly during their career, which itself turns 50 next year. 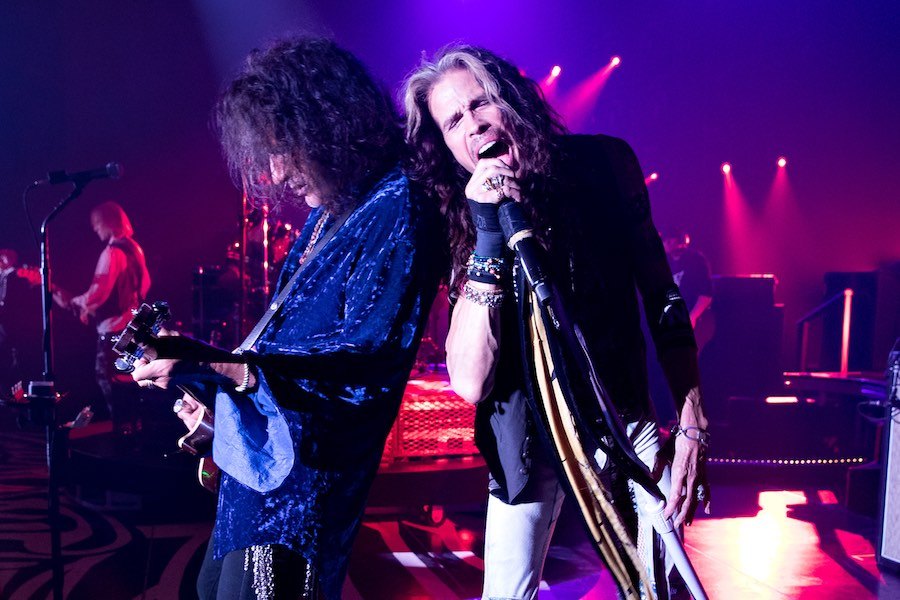 Joe Perry and Steven Tyler performing during the Aerosmith show at the Borgata. (Photo by Zack Whitlock)

Tyler, the eldest member at 71, has said that he’s “snorted half of Peru” during his time on Earth. These days, I’m guessing its more like shots of B-12 and doses of offstage oxygen.

Here’s Tyler getting stage-ready at the Borgata this weekend:

Following a well-produced projected pre-show documentary that used video clips and band member voices to talk about the early days, the conflicts, and their big comeback in the 1980s thanks to their unforgettable crossover hit with Run DMC, Tyler bolted out on stage and barely stopped moving, flirting, and hamming it up for the entirety of the set.

Even though I wasn’t born until four years after Aerosmith formed, I enjoy 1970s-era Aerosmith much more than the band’s latter music, so I was happy to hear songs like “Toys In the Attic,” “Dream On”, and “Sweet Emotion.” I tolerated the presence of “Dude Looks Like a Lady,” “Rag Doll,” and their ilk.

The most striking thing about the Aerosmith show at the Borgata was, compared to so many shows these days that are just so overproduced and reliant on lip-synching or at least singing over “perfect” pre-recorded vocal tracks, just how real it was.

There were a few physical stumbles. There were some off notes. There seemed to be a moment or two where one part of the band thought they were at one section of a song while another part of the band was somewhere else. And there were most definitely some missed lyrics, perhaps a bit surprising since the lyrics were being prominently projected in big letters at the rear of the concert hall.

That’s right: Tyler was using a teleprompter. And so what? The man is 71. His brain has had more chemicals pass through it than most of us could imagine. And so he’s using a teleprompter, but he’s so badass and IDGAF about the whole thing that he makes no attempt to hide it. There’s literally a big, totally unmasked screen showing him what to sing.

So was the Aerosmith show at the Borgata perfect? Far from it. But when rock and roll is perfect, you need to run away.