The suspect in Wednesday’s hours-long standoff has been identified by police sources as 36-year-old Maurice Hill. Here’s what we know about him and the incident. 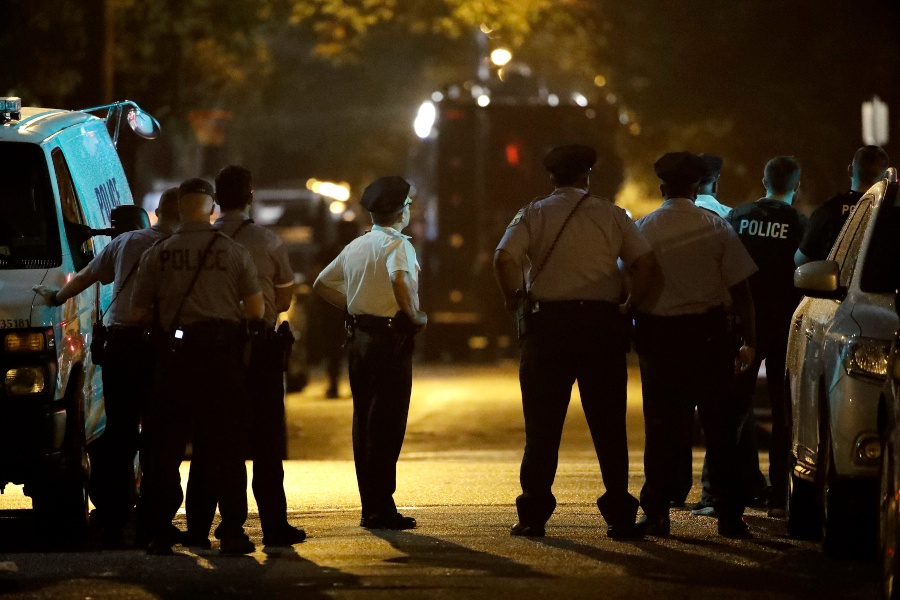 All eyes were on North Philadelphia on Wednesday evening after a gunman shot six Philadelphia police officers during a tense, hours-long standoff before surrendering to police shortly after midnight on Thursday.

None of the police officers sustained life-threatening injuries. A seventh officer was injured in a car accident while responding to the incident.

The city was in the national spotlight — and was mentioned by multiple presidential candidates — as the scene unfolded on Wednesday. On Thursday afternoon, dozens of local politicians gathered to press for tighter gun laws.

Here’s what we know about what took place.

The incident began on the 3700 block of 15th Street in Nicetown-Tioga, after a group of police officers entered a rowhome with a warrant on narcotics charges. Then came a call over the police scanner, according to the Inquirer: “3700 15th, assist the officer. Shots fired, shots fired.”

The officers had made their way into the back of the house, at which point the gunman began shooting. After several calls for backup, police cars began flooding the street, located steps from SEPTA’s Erie Station and a few blocks from Temple University Hospital.

The shooter would remain active for roughly eight hours before surrendering. During that time, six officers were wounded. Two more were trapped in the home, along with three people they had arrested, until they exited the property safely at about 10 p.m.

Meanwhile, hundreds of residents and media members gathered on the periphery of the scene as it unfolded. A day care center across the street was evacuated after a lockdown.

The suspect, identified by police sources as Maurice Hill, surrendered at midnight.

At midnight sharp, police fired tear gas and ordered Hill out of the house. Soon after, he emerged from the property with his hands up and was quickly escorted into an idling police van.

Hill’s lawyer, Shaka Johnson, told CBS3 that Hill had called him around 8:30 p.m. “in a panic” and that Johnson had instructed him to surrender. Johnson said he had communicated with police commissioner Richard Ross, district attorney Larry Krasner, and hostage negotiators over the course of the evening.

“Basically everyone had the same end goal in mind — we wanted to get him out safely,” Johnson told the news organization. “Enough people had been hurt for the day and all eyes … were now on Maurice, and we wanted to make sure this ended with no more violence.”

It’s not clear whether the warrant police were serving on Wednesday targeted Hill, who has a lengthy criminal record. He was first arrested in 2001, at the age of 18, for carrying a gun with an altered serial number. Since then, he’s been arrested nearly a dozen times and convicted of charges involving aggravated assault, illegal possession of guns, drug dealing, and resisting arrest. In 2009, Hill was charged with attempted murder; that charge was later withdrawn. Johnson did not immediately respond to a request for comment about his client on Thursday morning.

Local and national reaction were significant.

“Out of respect for the officers injured and the ongoing situation in North Philadelphia, this announcement will be postponed until a later date to be determined,” Wolf’s office said in a statement on Wednesday night.

In a separate statement, Wolf said his thoughts “are with the injured officers and their families, the Philadelphia Police Department, the medical staff treating the officers, and all those effected by this dangerous event, including the residents of these neighborhoods.”

“Our officers … need help with keeping weapons out of these people’s hands,” Kenney said to reporters on Wednesday. “Because this government, at federal and state level, doesn’t want to do anything about getting these guns off the street and getting them out of the hands of criminals.”

President Donald Trump was briefed on the situation, a White House spokesperson said. In a tweet on Thursday, Trump said Hill “should have never been allowed to be on the streets.”

The Philadelphia shooter should never have been allowed to be on the streets. He had a long and very dangerous criminal record. Looked like he was having a good time after his capture, and after wounding so many police. Long sentence – must get much tougher on street crime!