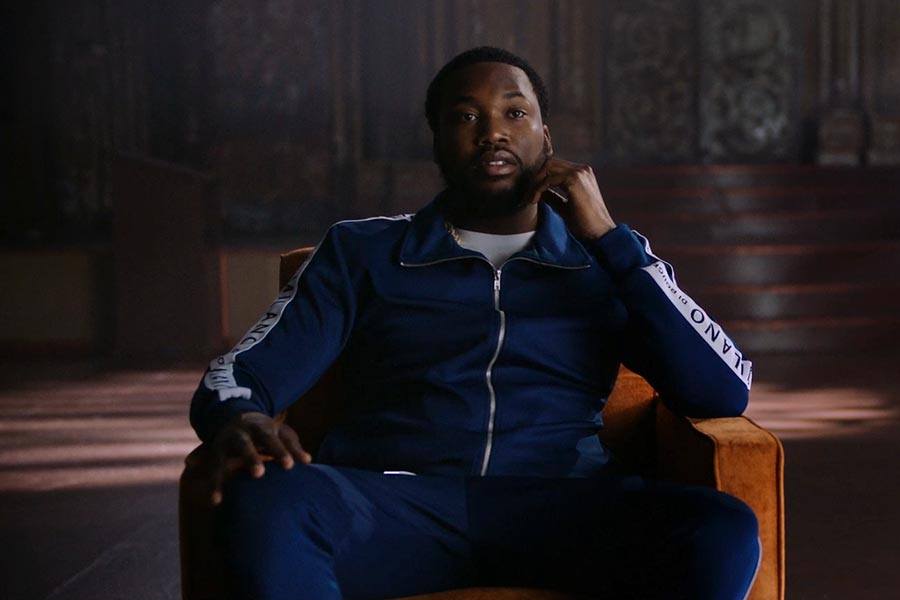 When rapper Meek Mill, then known as Robert Williams, was arrested in 2007 after being accused of selling drugs and pointing a gun at Philadelphia police officers, he began a more than decade-long entanglement with the criminal justice system.

In 2008, the Philadelphia judge assigned to his case, Genece Brinkley, sentenced Mill to two years in prison with eight years of probation. After an early release in 2009, he signed a record deal and began his rise to fame. But in November 2012, just six weeks after the release of his debut album, Brinkley blocked Mill from touring by revoking his travel permit over a probation violation.

Mill returned to court 26 times and was sent to etiquette class, assigned community service (Brinkley showed up on one occasion, according to Mill), given additional probation, and put on house arrest. Then in 2017, Mill was arrested for riding a dirt bike in New York City; this led to Brinkley sentencing him to two to five years in state prison for a violating his probation. That sentence, seen by many as unjust, prompted the #FreeMeek movement, garnering support from various celebrities and sparking protests up until Mill’s release in April 2018.

After the 2017 arrest, Mill and his inner circle hired two investigators, Tyler Maroney and Luke Brindle-Khym, to look into the case and Brinkley. What they found is spotlighted in Free Meek, a five-part streaming documentary series released last week on Amazon Prime Video that explores the ripple effects his legal troubles have had on his life and career and documents how his family and management picked up the pieces. Here are five takeaways from the series.

The Description of Mill in the 2007 Arresting Documents Was Inaccurate
Mill’s arrest in 2007 stemmed from a search warrant filed by a Philadelphia narcotics officer, Reggie Graham, who claimed to have seen Mill selling drugs. The warrant described Mill as 5’8″ with a medium complexion, yet the arrest record from the night of his arrest details him as 6 feet tall. Mill’s investigators, Maroney and Brindle-Khym, also take issue with the “medium complexion” description and point out that the warrant had no mention of the suspect having braids, which were a part of Mill’s signature look at the time.

It Took Mill’s Family Seven Months to Bail Him Out
Bail for Mill was set at $9,000, and his family had no immediate way to pay. They sold dinners and tried other ways of raising money to finally come up with the bail, and he was released seven months later. Findings from the 2018 Philadelphia Bail Watch Report say that in Philadelphia, cash bail is imposed more frequently and in higher amounts against black and Latino defendants than white defendants. Those who cannot afford bail are often forced to take a plea deal and accept probation to gain release.

Mass Supervision Is On the Rise
The series delves into the issue of mass supervision — the system under which people who are not in jail but are on parole or probation are under close watch and may be returned to jail if their judge rules that they violated probation. In the U.S., the number of adults on parole and probation has more than doubled since 1980, and more than 160,000 people are currently incarcerated for probation or parole violations, according to the 2019 Prison Policy Initiative.

Mill Says His Percocet Addiction Led to His Beef With Drake
Mill admits to developing an addiction to Percocet after getting his wisdom teeth removed. He says he probably took “10 percocets a day,” explaining that “people get addicted to the feeling of being numb.” He was at the height of his addiction in 2015 when he tweeted that Canadian rapper Drake did not write his own rap lyrics. This caused a lot of buzz on social media, with everyone pointing the finger at Mill after Drake released two records dissing him. He separated from his girlfriend at the time, rapper Nicki Minaj, and it seemed like the world was laughing at him. Although at first he hid his addiction from his probation officer, fearing he would be sent back to prison, he eventually confessed and the probation officer helped him get treatment.