After Fire, Melrose Diner Looks Like It’s Going to Be OK

The owner said he hopes to reopen as soon as next week. 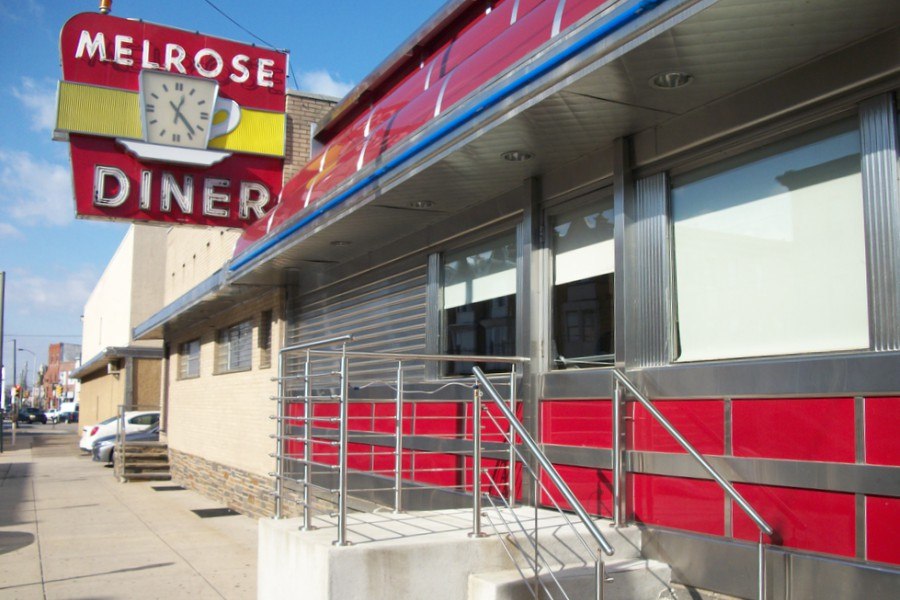 The Melrose Diner | Photo by Allens via Creative Commons

You might not be able to chow down at Melrose Diner — the beloved, 24-hour South Philly staple — for a week, at least. But after a fire at the iconic establishment on Wednesday, you should be glad you’ll be able to keep visiting at all.

In case you missed it, flames broke out and grew to a one-alarm fire at Melrose Diner around 6 p.m. on Wednesday.

MELROSE DINER FIRE: Paige Clark, a waitress at the diner, was at the scene as firefighters worked to extinguish the fire at the iconic South Philadelphia restaurant. @DannCuellar will have the full story tonight on Action News. https://t.co/rfjebZnzer pic.twitter.com/oB2NLSxgyo

Firefighters were able to contain the blaze within an hour, according to the Philadelphia Fire Department.

No injuries were reported, but the owner of the diner, Michael Petrogiannis, told reporters on Wednesday that damage looked considerable. However, he originally thought the diner would be closed for months, according to 6ABC, but later set a goal to reopen as soon as next week.

The owner of Melrose Diner says he believes it started as an electrical fire. He’s been inside and says it looks bad. No word on how long the 24 hour diner that’s a South Philly staple will be closed for. @6abc pic.twitter.com/b5qt3gUV7L

Petrogiannis said officials told him the cause of the fire may have been electrical, the news outlet reported. There were a handful of customers inside when the flames broke out. Employees said they tried to pour water on and contain the flames until firefighters showed up.

The Melrose Diner, located at a triangular intersection of 15th Street and Snyder and Passyunk avenues, dates to the 1950s. Petrogiannis, whom Philadelphia magazine called “The King of the Philly Diner” in 2010, bought the establishment in 2007. The business is open pretty much all the time — Christmas seems to be the only exception — so as you can imagine, neighbors and regulars could be pretty distraught until it reopens.

Apparently some loyal customers showed up at the diner for breakfast on Thursday morning, shocked to find it closed.

Loyal customers pulling up to the Melrose Diner in South #Philadelphia shocked to see it close. Fire in the roof of the building yesterday. Could be closed for a week. @6abc pic.twitter.com/kGceQO7wVp

In the meantime, employees hope to pick up some shifts at the nearby Broad Street Diner, which Petrogiannis also owns (alongs with a few other establishments).

If you’re feeling a bit unmoored, you can always get your comfort food fix at the Broad and Ellsworth streets hangout until Melrose returns.