In what can only be construed as a cruel attempt to prepare kids for the working world, Gov. Wolf has signed a bill that will allow schools to force students to work from home when the weather outside is frightful. 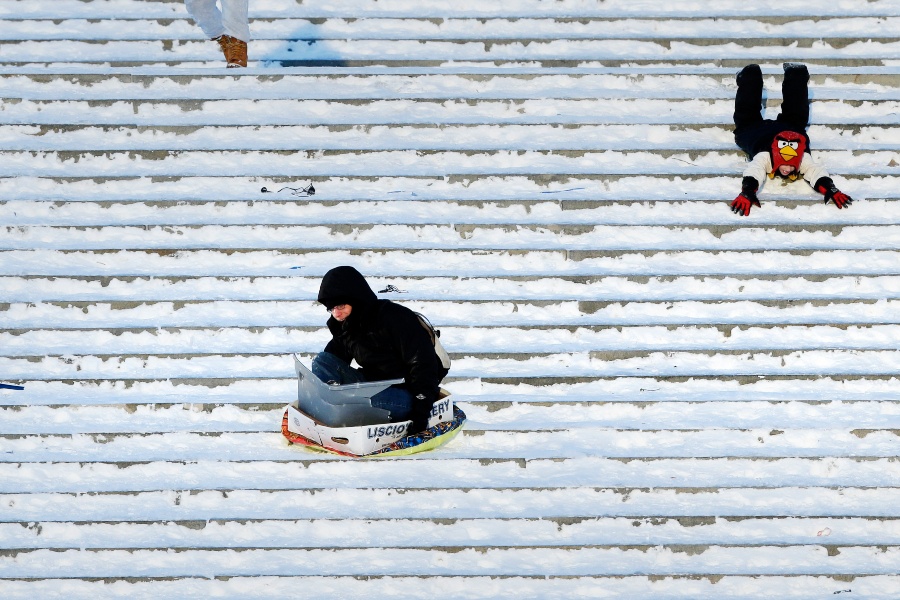 It’s summer. For a few blissful weeks, children are free to romp happily, chase the ubiquitous music of ice cream trucks, devour cup after cup of cherry water ice, and splash around in crowded public pools. The air is warm, the sun is (usually) shining, and just about everyone’s happy. No one’s thinking about winter, or snow, or snow days — except for state legislature, apparently.

Last week, in what can only be construed as a cruel attempt to prepare pupils for the mundanity of the working world, Gov. Tom Wolf signed a bill that will allow Pennsylvania schools to force students to work from home when the weather outside is frightful.

The new law gives school districts the power to turn what we currently know (and love) as snow days into “flexible instructional days” (destined to become known to children as “flex days”). RIP to spontaneous sledding and snowball fights, packaged hot cocoa on weekday mornings, and childhood fun as know (and remember) it.

Under the program, school districts approved by the state Board of Education would distribute previously devised lesson plans on these so-called flex days. The plans would include information on how students and employees can use technology (like the internet, laptops, iPads, phones, etc.) to conduct what would at best resemble a normal school day, only at home and with some “flexibility.” (Those of us who work from home in our sad adult lives can understand this concept fairly easily.) Somehow — though it’s not yet exactly clear — schools would also have to plan lessons for students or employees who don’t have access to handy technological devices or the internet.

Flex days would count toward the state’s mandated 180 days of instruction; therefore, schools would also have to take attendance on these days, as required by state law. Again, it’s not clear how that’s going to be possible — but we’ll see what school districts come up with.

Public, charter and private schools could opt into the “flex day” program — it wouldn’t be mandatory. It’s not yet clear if the School District of Philadelphia will take part. Megan Lello, a spokesperson for the school district, said officials are aware of the bill but would need to further “look into it” to see if flex days would fit the district’s need. Lello said administrators are considering limitations like access to technology at home.

Within a month, the state Department of Education is expected to post application forms for schools looking to establish flex day plans on its website. As outlined in the bill, school districts could devise lesson plans for subjects like language arts, math, and science. Applications will be due to the Department of Education by September 1st, and schools would be notified of their approval status by November 1st.

The lesson plans wouldn’t just come in handy on snow days — they could also be used in the event of other school closures, caused by things like law enforcement emergencies or disease epidemics. (Let’s hope the latter never occurs.) Schools would be permitted to enact up to five flex days per year, which means children might soon be forced to endure entire winters — or the whole of their student careers — without ever experiencing a single snow day. For anyone who recalls the pure bliss of waking up to fluffy white powder and seeing your school’s name under the “closures” list on the television screen (or hearing it on the radio … or, now, reading it on your phone screen), you know just how sad this news really is.

In the meantime, Philly kids should probably just continue enjoying the summer while they can (and childhood, for that matter).