The Paradox of Narcan: It Saves Lives, but Masks the Extent of the Opioid Epidemic

State and local governments are undoubtedly doing the right thing by making the overdose reversal drug easily available. But the more it ends up in the hands of civilians, the harder it becomes to tell how often it’s being used. 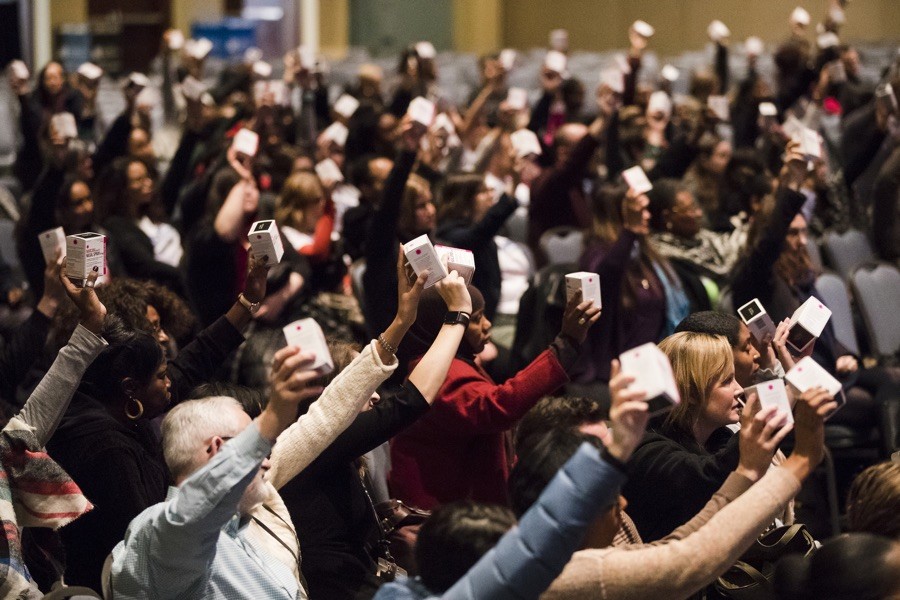 A group of Philadelphians attends a training session on the proper use of Narcan. Photo by Matt Rourke/AP.

Naloxone, the opioid overdose reversal drug, saves lives. This is a fact.

It is why the state of Pennsylvania undertook what it claimed was one of the largest state-sanctioned naloxone giveaways in the country last December, doling out some 6,100 doses to the public across 80 locations. It is why New Jersey followed suit last week, disbursing 16,000 doses to its citizens (and breaking Pennsylvania’s record along the way). It is why ever since 2015, Pennsylvania has issued a “standing order” for the prescription drug, enabling anyone to purchase it at a pharmacy without a personalized doctor’s prescription. And it is why, in December of last year, Mayor Kenney signed a bill requiring all Philly pharmacies to stock naloxone.

But something happens when civilians receive greater access to the life-saving drug: Its usage becomes harder to track. That’s because when more naloxone gets in the hands of private civilians, many of whom may be drug users themselves, they’re able to administer the drug — usually Narcan, the brand-name for the version given nasally — before paramedics arrive on the scene. And increasingly, health department officials say, paramedics aren’t being called at all. “People using drugs are doing this all the time and not reporting it,” says Allison Herens, the health department’s harm reduction coordinator, who performs naloxone trainings and tracks its use citywide.

The statistics on naloxone use maintained by the Philadelphia Health Department bear out this phenomenon. Only 710 naloxone doses were reported administered by Philly paramedics and police officers in the first quarter of this year — the lowest amount in almost four years — even though opioid-related emergency room visits and total overdose deaths have risen since 2015.

At the same time, the Health Department has been tracking pharmacies’ disbursement of naloxone. In 2016, a Penn study found that an abysmal 40 percent of pharmacies in neighborhoods hardest hit by the opioid crisis stocked the drug. Then, this June, the city performed a similar field study, calling 350 pharmacies and finding that now, more than 85 percent carry it. Meanwhile, the number of Medicaid recipients to receive naloxone has increased every quarter since the Health Depaertment began tracking that figure in 2015. The city also purchased and distributed a total of 25,000 doses of the drug to community groups between July 2017 and March 2018. In other words: No one doubts that the naloxone is getting distributed and used — we just don’t know precisely how often.

On the one hand, the lack of representative data doesn’t really matter on the individual level. As Herens says, the increased availability means more lives are being saved. But in some way the new omnipresence of naloxone obscures the full depth of the crisis, as it becomes harder to discern the true number of people experiencing overdoses on a daily basis. The lack of data creates a second challenge: Although naloxone is becoming increasingly accepted as an overdose prevention tool, some skeptics remain convinced it promotes a sort of “moral hazard,” where people become less afraid to use drugs knowing someone likely has naloxone on hand. The poor data on naloxone usage makes it harder for advocates to turn back those claims with hard evidence.

Herens still refutes the entire concept of moral hazard, with or without data. “People don’t want to be Narcanned,” she says.  “I hate to use the word ‘crazy,’ but it’s kind of a crazy argument — that essentially we’re making people safer. We’re not. No one feels safer.”

Charles O’Brien, an MD/PhD who runs an eponymous center for addiction treatment at Penn and served on the Mayor’s Task Force to Combat the Opioid Epidemic, says any unifying theory of the psychological impact of naloxone is bound to be bunk. “There’s no clear pattern,” he says. “Everybody’s different.”

Herens says she’s just beginning a data-gathering project that will ultimately seek to remedy naloxone’s greater-dose-less-information paradox. She’s asking various community groups throughout the city to send their own disparate statistics on civilian overdose reversals to the Health Department, which she hopes to connect into something resembling a full picture. Even still, the number is sure to be an underestimate.

No one believes Narcan is the ultimate solution to the opioid crisis. That will necessarily be multifaceted — and as O’Brien argues, ought to start with training doctors to stop prescribing opioids unless a patient has an incurable condition like metastatic cancer. The state legislature is currently considering a bill along similar lines, which would limit most opioid prescriptions to only seven days in length.

Narcan, meanwhile, is more of a temporary and immediate stopgap. “It’s a band-aid,” says Herens. It’s an apt image: a tool that aids healing — but in a way you can’t quite see.