If all goes to plan, the legislation will help the city more than double its current 4.35 miles of protected bike lanes. 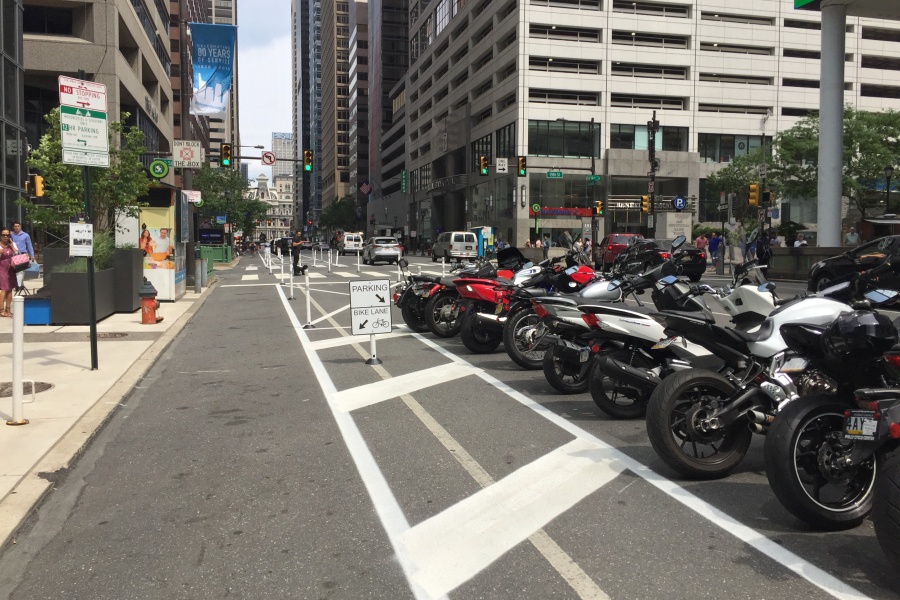 The Market Street protected bike lane is here to stay. Others are on the way soon. Photo by Claire Sasko.

With its narrow streets and menacing cars at every turn, Philly is hardly a cyclist’s paradise. But our lawmakers are at least starting to rectify that situation. The city’s currently got only a little over four miles of protected bike lanes, but has set the ambitious goal of constructing a full 20 miles by 2020. And on Thursday, City Council took a large step toward making that dream a reality, passing legislation for nine separate bike-lane projects. The Mayor’s Office claims that’s a record for a single session of Council.

Philly’s roads are governed by a knot of competing jurisdictions. Many of the roads running through the city are controlled by PennDOT, and thanks to a peculiar state law mandating that cars must park within a foot of a curb and sidewalk, protected bike lanes are all but impossible to erect on those streets. That’s especially problematic considering that some of Philly’s most dangerous roads — like Roosevelt Boulevard — are under the PennDOT umbrella. But the good news: The state legislature is currently considering a bill that would change the road language and make protected bike lanes possible.

When it comes to the roads that local government can control, City Council isn’t usually the institution to determine bike lane planning. That job falls to the Kenney administration’s Office of Transportation, Infrastructure and Sustainability. But whenever OTIS needs to remove a parking or travel lane to make room for the bikes — which happens fairly often, narrow streets and all — Council has to give the rubber stamp. Which is why Council had all of those bills on the docket on Thursday. Here they are, and what they mean for the city’s bike lane vision.

These protected bike lanes have been part of a pilot program since 2018. Now they’ll be permanent. The city’s also going to improve the painting on the streets and add strengthened dividers between the bike and car lanes.

This bill is perhaps the most dramatic of the bunch. It will turn a stretch of Germantown Ave from 2nd Street to Thompson Street into a one-way street. The bill also nixes a parking lane. The protected bike lane here will eventually link up to another protected lane along American Street, which OTIS is currently building.

The city’s planning a protected lane along the stretch of 2nd Street from Spring Garden to Race. Most of that doesn’t require Council approval, because it’s not modifying the existing flow of traffic. Except for this one small segment, from Wood to Race. Here, the road will go from two lanes to one, in order to make room for the bicyclists. 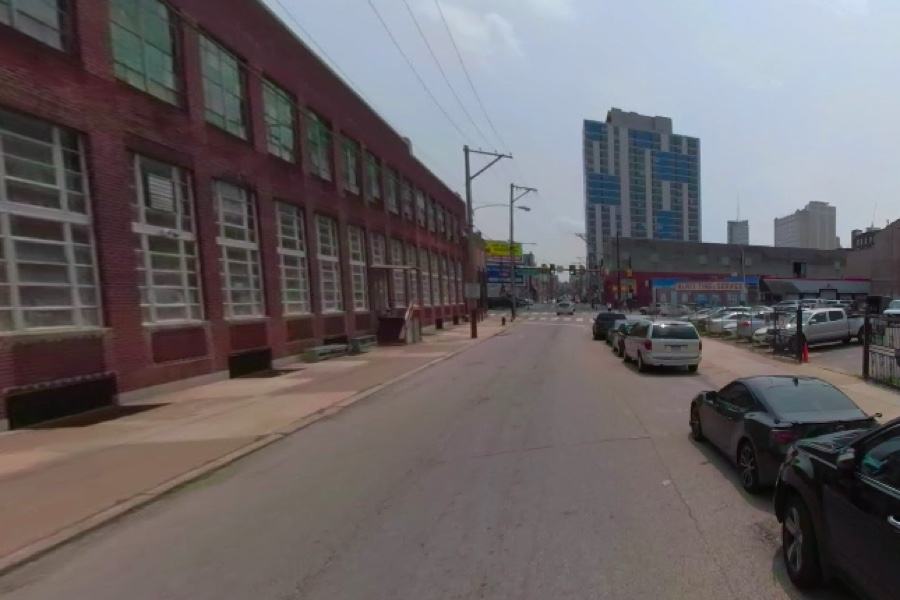 A section of 10th Street between Callowhill and Spring Garden, where there’s currently no designated bike lane. Photo via Google Maps.

The 10th Street protected bike lane is intended to be a significant southbound thoroughfare, tracking all the way from Spring Garden to Lombard (with the exception of a stretch in Chinatown, which will have a shared lane designated by sharrows). The bill here simply removes a parking lane that runs the short distance between Callowhill and Spring Garden. The rest of 10th already has (unprotected) bike lanes, so no further street modification is needed.

Who says City Council only takes road away from motorists? This bill provides extra parking for trucks. The proposed bike lane here will be a two-way protected stretch, all on one side of the road. 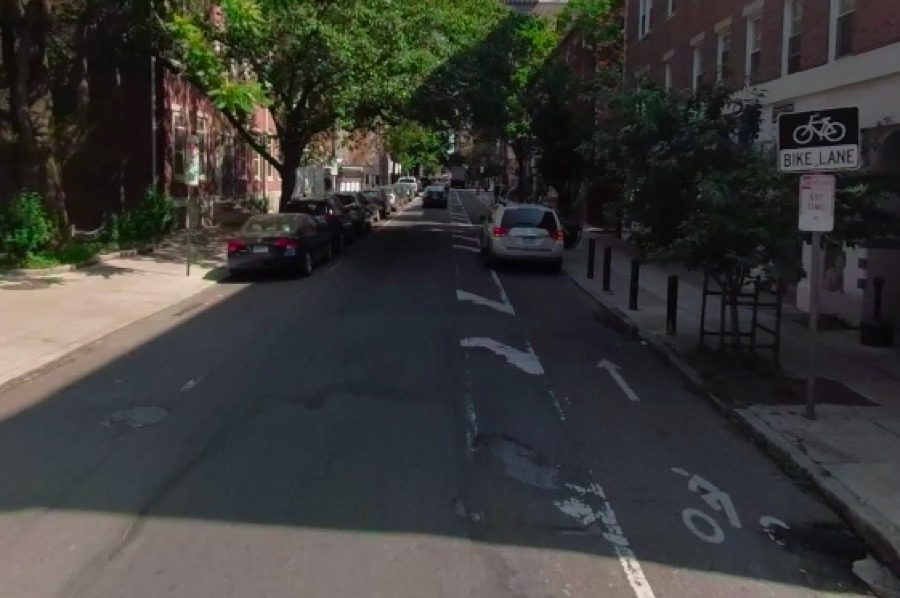 Much of 13th Street already designates road space for bikers. The proposed protected lanes would move to the left side of the street. Photo via Google Maps.

13th Street is intended to be the northbound companion to 10th Street. As with 10th, all that’s required here is a tiny bit of legislation to change the road at the northernmost portion of the street. City officials expect this bike lane to be completed by 2020.

The city’s planning to remove some parking here and add more buffer space for bike riders. The road width varies along Columbus, so parts of the street may end up protected, but others may not. But Columbus is a highly trafficked road for cars, and the city would ultimately like to get bikers off it entirely. “In the long term, we’re looking for an off-road trail, cycle track, or some other highly protected facility,” says Kelley Yemen, director of complete streets at OTIS.

This gets rid of a parking lane on both sides of the street. The city isn’t sure yet whether this bike lane will ultimately be protected.

Bikers will know there’s already a protected bike lane here. What they may not know: Parking regulation is being changed from “No Parking” to “No Stopping.”

Exhausted yet? That was the last one. Just remember: Rome wasn’t built in a day, and Philly’s network of bike lanes won’t be, either.