Almost three decades after her wedding, Christine Besso pulled out the box her dress had been preserved in to give to her daughter for her own wedding. There was only one small problem. 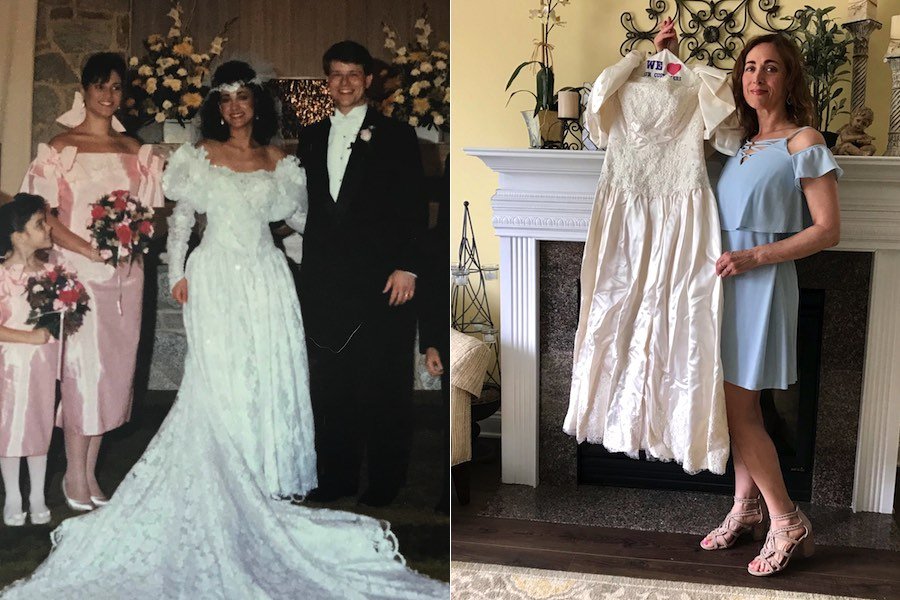 Last week, Besso, a 53-year-old registered nurse at Abington Memorial Hospital, went into the attic of her suburban Philadelphia home to pull out her wedding dress.

She hadn’t seen the dress since it went to the dry cleaner after her May 5, 1990, wedding. Her mother took it to Michelle Cleaners in Conshohocken and paid to have it preserved, and Besso simply never had a reason to open the box after that.

But now, life is different. 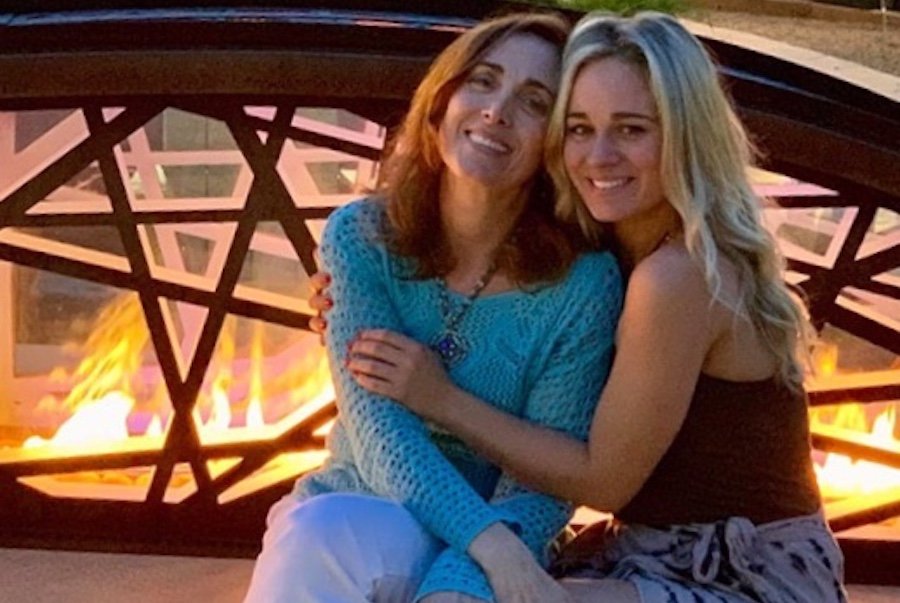 Besso and her daughter, who wants to wear her mom’s wedding dress at her own wedding.

Besso’s daughter and her boyfriend have been talking about taking the proverbial leap into wedded bliss, and Besso mentioned to her daughter that she’d probably look great in Besso’s 1990 dress, altered for the times, of course.

“She loved the idea,” says Besso. “But she said she would definitely want to take off the big puffy sleeves that were in style back then.” (Who wouldn’t?)

Besso’s daughter and her boyfriend and Besso’s son and his fiancée were already scheduled to come for a barbecue over the weekend, so up into the attic Besso went.

“I thought that it would be a hoot to open up the dress with all of us there,” she says. “I was going to put it on and we’d take pictures and all that.”

Once she got the box down from the attic, she opened it to find an interior box. She opened that second box and immediately saw a headpiece and veil that didn’t look as she remembered — but, again, this was almost 30 years ago.

“I said to myself, ‘OK, maybe this is my veil,’” she tells us. “I didn’t remember specifics so well.”

Then came a really long detachable trail. She didn’t remember that either.

Then she pulled out a purse — the kind that you’d put your wedding cards in — that she didn’t specifically recall using, but then, she didn’t remember not using one.

But then there was the last thing in the box: the dress.

“My dress was all lace, top to bottom,” says Besso. “I paid $1,500 for it in New Jersey, and that was expensive back then. I start pulling this dress out of the box and I realize immediately … This isn’t my dress! This was a taffeta material. Much lesser quality, with some lace appliqués sewn onto it.”

Besso’s heart sank. Now, many women would be sad if they realized that their wedding dress was gone, but this was a particularly difficult moment for Besso. You see, her husband had passed away suddenly when her children were very young.

“My wedding was the happiest day of my life,” she says, holding back tears. “It would be a miracle, but I’d love to get my dress back.”

Now, if Besso has somebody else’s dress, it stands to reason that somebody else has Besso’s dress — or had, at least.

“Maybe the girl that has my dress got divorced, and she threw it away, not realizing it was the wrong dress,” Besso hypothesizes, and not at all unreasonably. “Or maybe it’s sitting in somebody’s attic like this one.”

Besso’s mom says she’s sure that she took the dress to Michelle Cleaners in Conshohocken. At the time, the mom worked directly across the street from that dry cleaner, and it was the only one she would go to. 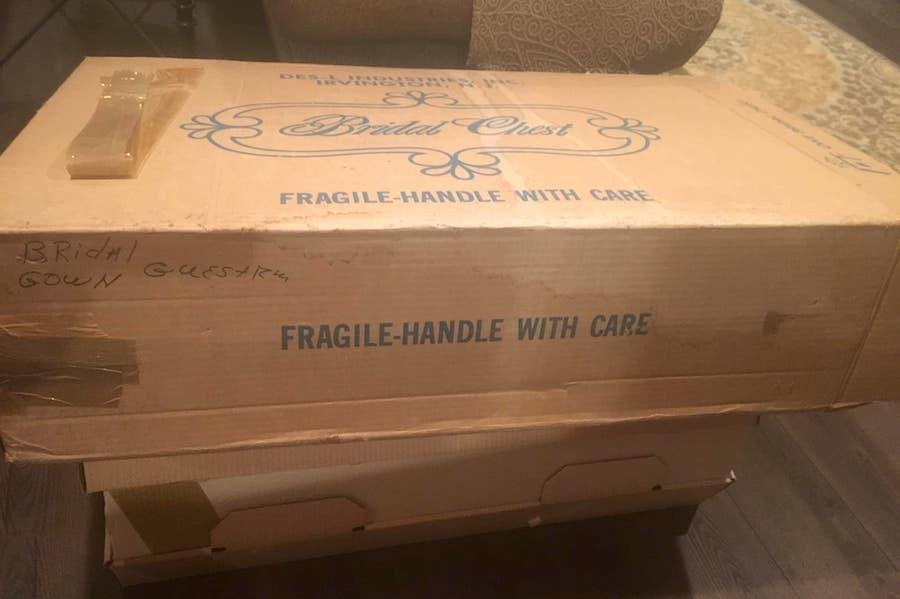 The wedding dress preservation box that Besso pulled from her attic.

The only markings on the box are the brand of the box itself and a note scribbled on the side for when Besso was moving years ago. There are no names or addresses or phone numbers. Zilch.

We reached out to Michelle Cleaners.

They were very understanding and explained that the business had changed hands at least twice in the last 30 years. They took our information and said they’d try to locate a previous owner, but they didn’t exactly sound optimistic. And even if we could find the owner from 1990, the chances of that yielding Besso’s dress are slim.

But she still has hope, as does her sister, Teresa Keller, who has launched a social media campaign to make this right. Naturally, she’s been tagging Ellen DeGeneres, since Besso’s story was pretty much written for that show.

“Recovering her dress is all I really want for her,” says Keller. “To have this happen to her is heartbreaking to all of us.”

Ironically, Besso runs a local program called Communion Closet that takes donations of expensive first holy communion dresses and suits and gets them into the hands of families who might not be able to otherwise afford them.

Are you listening, Ellen?