The West Philly native takes to the Kimmel Center stage on May 29th before hitting the Roots Picnic at the Mann on June 1st. 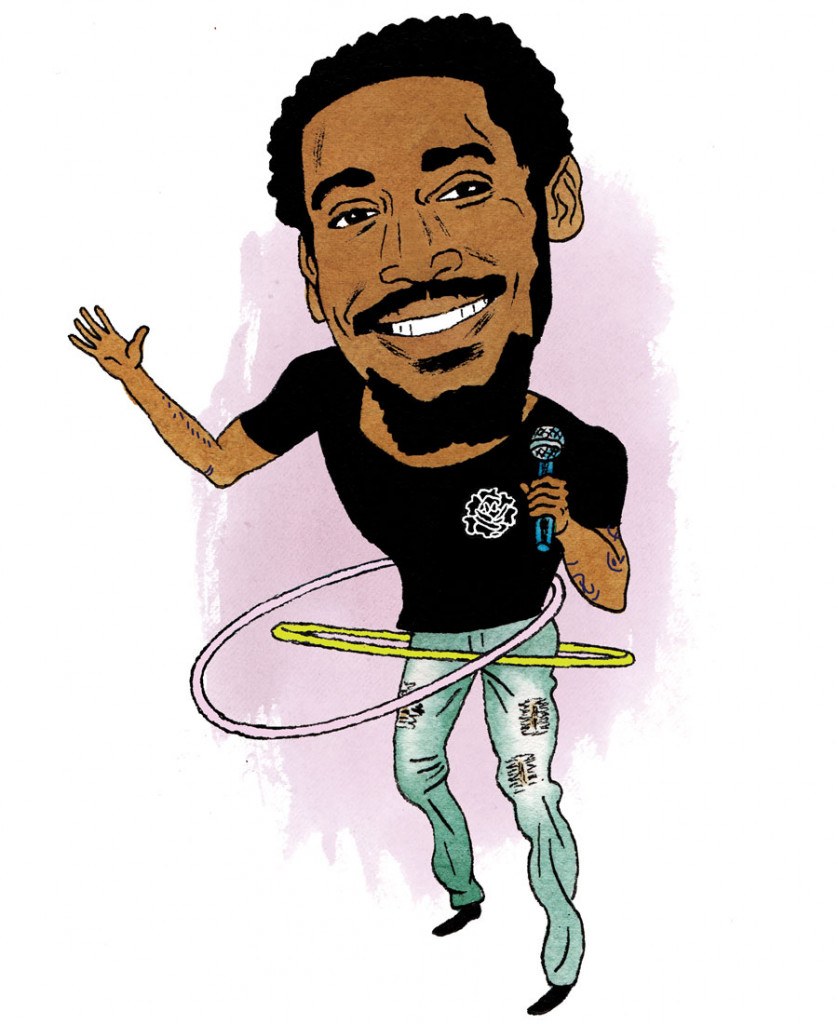 My full name is … Eric Tyrone Chill Moody. When I was a baby, my aunt started calling me Chill, and it’s been my name ever since. I’ve never heard my real first name used.

I grew up in … West Philly, went to Overbrook High, and still live in West Philly.

My best subject in high school was … AP History. I love history. I enjoy people’s stories.

My road to rapping started … in third grade. Every Friday we had show-and-tell, and that became a talent show. I won seven weeks in a row.

The first concert I ever went to was … Snoop Dogg and 50 Cent at that place in Camden.

If you’ve never owned a rap album, the first one you need to get is … Jay Z’s Reasonable Doubt. It’s his first. He was just telling his story. I enjoy a good origin story.

My creative process is … all over the place. I’ve written entire songs in the shower, but then, I’ve been working on my next album for two years. I once produced, recorded and released an entire album the night before I was flying to SXSW.

The last time I was on SEPTA was … early this year, for a Sixers game. Mostly, I Uber. Three times a day.

If I were mayor, the first thing I’d do is … hire a more qualified mayor, and then I’d tell them to start a serious conversation about gentrification.

To stay in shape, I … go to the gym. I like to rap on the treadmill, which helps me learn breath control. Black Thought taught me that. But I only do that when nobody else is in the gym.

My most memorable concert was … Roots Picnic 2012. I was on a stage in a side tent while the main show was going on, but then a monsoon came and my audience went from 1,000 to 5,000 because people wanted to be under my tent.

Social media is … a need. I don’t always like it, but I need it. Like vegetables when you’re a kid. But it’s also very dangerous.

The last book I read was … Tina Turner’s autobiography. I picked it up on vacation in Switzerland, where, ironically, she lives, but I didn’t know that at the time. I read it in one sitting.

My relationship status is … whack. Not optimal. Single at 34 is trash.

My next vacation will be to … the Dominican Republic later this year. I won a villa at a charity auction for Bodine High School.

I buy my clothes … from Philly brands like For the Culture, Diafora and, of course, Mitchell & Ness.

My favorite possession is … a heart-shaped desk light that my sister gave me. Oh — this is crazy. She just texted me as I was saying that.

My secret talent is that I can … hula-hoop — until the contest is over.

You cannot beat me at … Monopoly. I can’t tell you the secret, because then you might beat me. Okay, okay. You’ve gotta monopolize the oranges. That’s it.

The most famous person I’ve met is … Michelle Obama, but one time me and my homie were in New York at a restaurant and Regis Philbin walks in. We start talking about Philly, and it turned out that Questlove was just on his show. So we talked about the Roots. And Wu Tang!

Being a person of color is … daunting at times, and I’m in a constant situation where I’m educating people.

To make money in this biz, you have to be … patient.

When I sell my millionth album, I will celebrate by … taking a nap.

Published as “One of Us: Chill Moody” in the May 2019 issue of Philadelphia magazine.