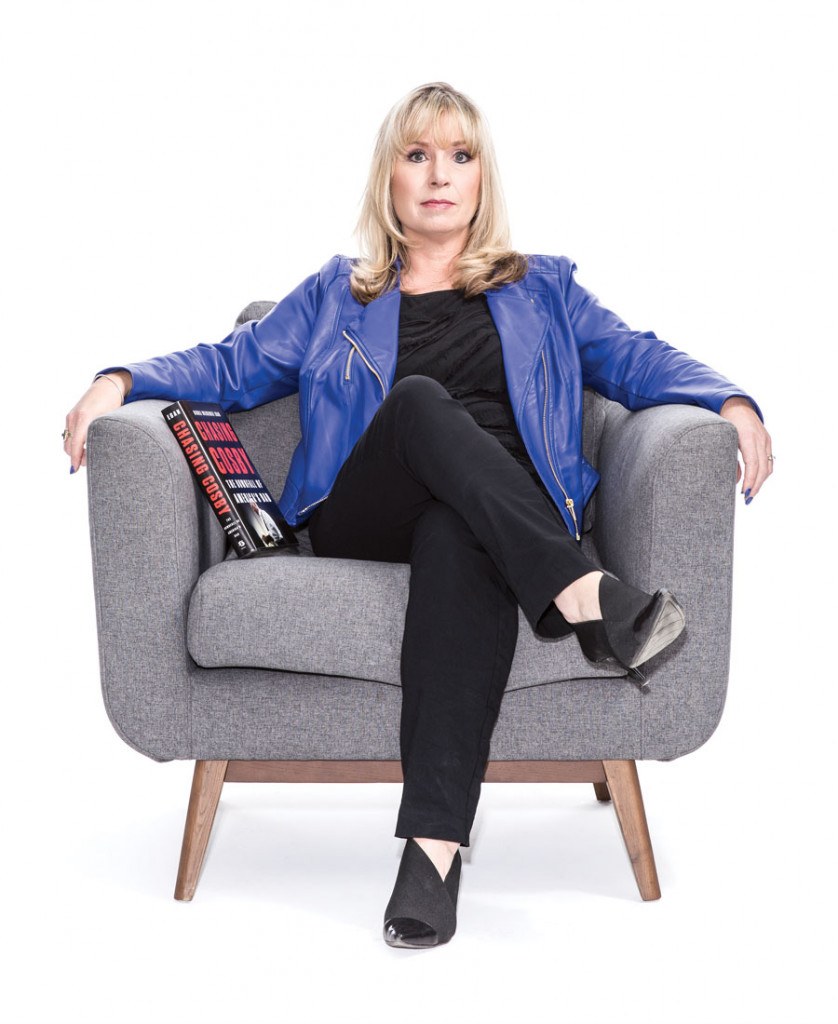 At the beginning of your book, you write about a moment — after everything had transpired and you already knew the ending of the Cosby story — where you’re watching a rerun of The Cosby Show and kind of enjoying it. Can you separate the art from the artist in this particular case?
When I was writing the book proposal, I actually could. The Cosby Show was one thing. Bill Cosby — what he did — is another. I have a different feeling now. There’s a moment in the book where I saw who [Cosby accuser] Lili Bernard was. I saw a snippet of her appearance on The Cosby Show. And then, when I was interviewing Jennifer Thompson, Jane Doe Number 2, she showed me where she was an extra in the show. So now it’s tarnished for me. I’d be looking constantly — not for the main characters, but for the extras in the background — and asking, Was she one?

You covered Cosby for the Daily News from when his first accuser came forward in 2005. Was there a moment in the reporting when you knew he had done this?
It was sort of a slow evolution. I did all the reporting on who Andrea Constand was, and then, when Tamara [Green] came forward with the same story, I was just sitting there going, Oh my God. One? And now there’s two of them? That’s what became more compelling. It was just the numbers.

Cosby predates the #MeToo movement, and yet he became the first prominent figure convicted in its aftermath. Do you draw lines between Cosby and #MeToo? Or not, since he was given a pass for more than a decade?
With public opinion, it’s hard to say. What we don’t know is if any of that had to do with why the judge all of a sudden went from allowing only one accuser to testify at the first trial [in the summer of 2017] to allowing five others to testify at the second trial [in the spring of 2018]. He did it for legal reasons — but in the back of his mind, did the #MeToo movement impact that?

You talk in the book about the various attempts to discredit the accusers. In your very first story for the Daily News, from 2005, you quoted Cosby’s uncle saying about Constand, “Why does that woman wait for a whole year to come forth now?” Would you write that story differently now?
No, because you have to put the other side in there. We had to get someone close to him to talk. So I think the approach we took to the news story was exactly as you’re supposed to approach a news story: Put both sides in. And I would do it again the same way.

That’s part of a dialogue going on in the media — about false (or not) equivalency.
I was getting a little concerned as #MeToo spread that so many people were being singled out so quickly. There didn’t seem to be a lot of due process going on. And I just feel like there should be some kind of due process; there should be some kind of investigation. Not just react that there’s something happening, you know? I don’t know what the line is.

Published as “The Cosby Chronicles” in the April 2019 issue of Philadelphia magazine.