Good Lord: The Ronnie James Dio Hologram is Coming to Town for a Concert

I really wish this hologram concert trend would die, but something's telling me it's not going anywhere. After all, there's money to be made. 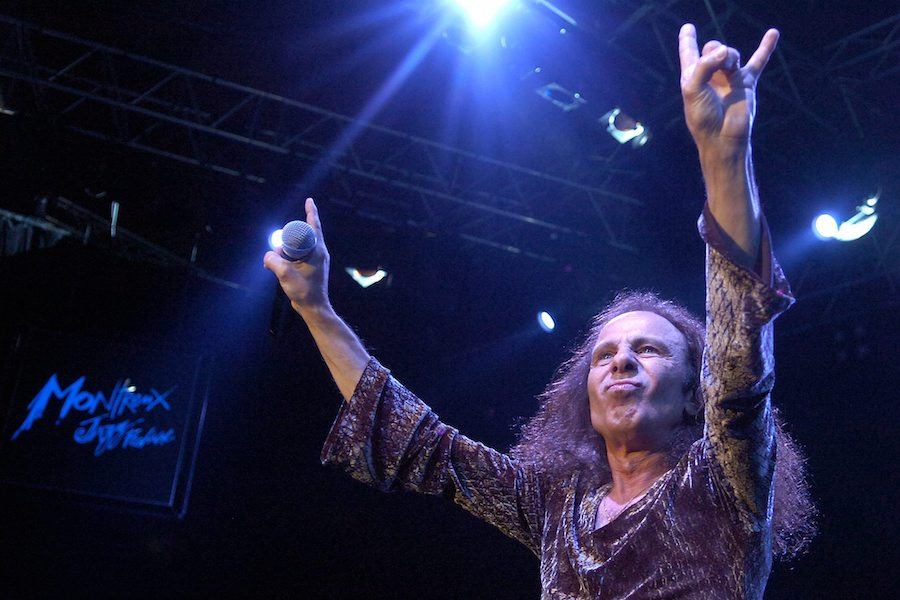 There was a time when a rock star would die, we’d mourn their loss, and then their legacy would be carried on in perpetuity by cheesy tribute bands. But that time has come and gone, because now, we have performing holograms, and — lucky you — the Ronnie James Dio hologram is coming to town.

Dio was involved in various heavy metal bands over the years, most famously as the frontman for Black Sabbath after Ozzy Osbourne was fired. And, to this day, there is very much the Ronnie James Dio versus Ozzy Osbourne debate among Black Sabbath fans, much the same way that Van Halen devotees argue over David Lee Roth and Sammy Hagar.

It's Official: Dead Musicians Are Touring as Holograms

When Dio died from stomach cancer in 2010, there were all sorts of tributes. He scored an obit in no less than the New York Times. A statue of Dio went up in a park in Bulgaria. And Rolling Stone eulogized him, commemorating his “mighty pipes” and “moral fervor.”

And that was that. Or so we thought.

In 2016, a Ronnie James Dio hologram was presented at Wacken, the huge annual heavy metal festival in Germany:

This was four years after Tupac Shakur was resurrected via hologram for a much-talked-about performance at Coachella:

Reviews were mixed, and the team went back to work. Wendy Dio said she wanted to “perfect” her late husband’s face — and she also responded to criticism that this was all just a really, really bad idea.

“All the criticism is fine — everybody has the right to criticize something — but look at it and see it first before you criticize it,” she said. “It’s something that’s done with love, and hopefully the fans will enjoy it and wanna see it.”

Now, the retooled Ronnie James Dio hologram is back on a 20-city “Dio Returns” tour of the United States with a stop at the Keswick in Glenside on June 7th.

This actually isn’t the first time that our region has been graced by a touring hologram. A Roy Orbison hologram performed with members of the Philly Pops in November at Parx Casino. Inquirer music critic Dan DeLuca called Orbison’s hologram “disturbingly lifelike.”

First Tupac. Then Roy Orbison. And now Ronnie James Dio. Who’s next? I’m sure I don’t want to know.