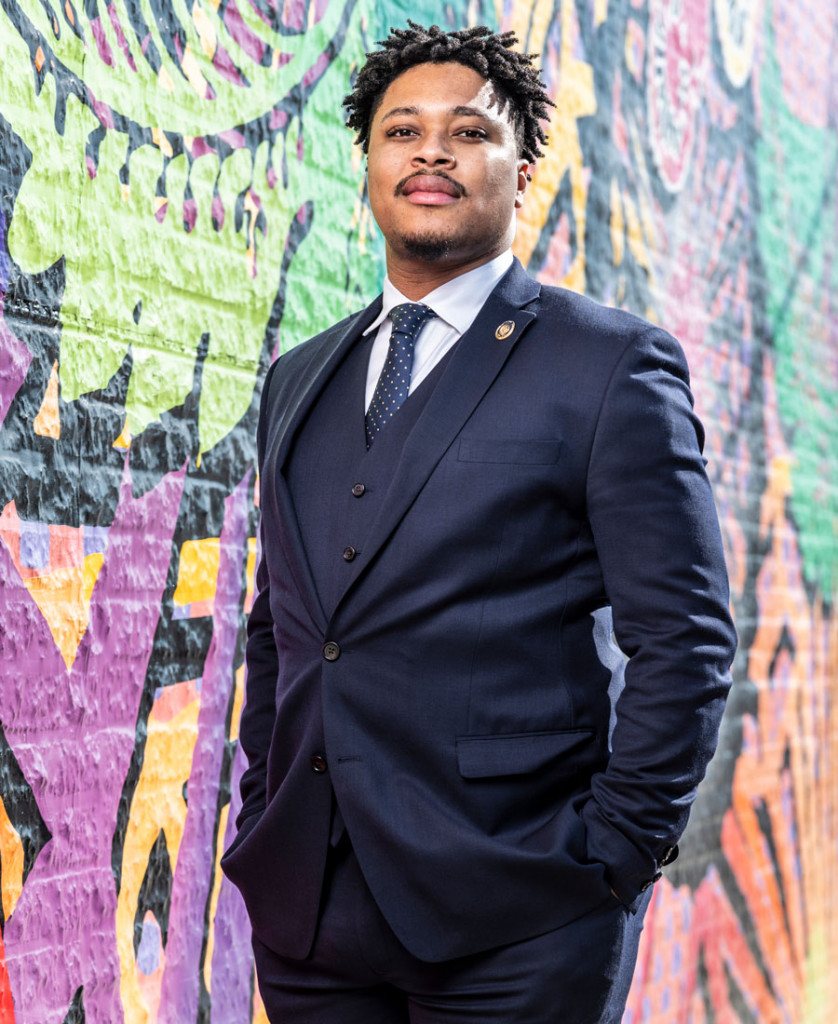 Third-generation activist Malcolm Kenyatta made history last November when he became the first openly gay person of color elected to the Pennsylvania state legislature. After the win, he proclaimed, “Anything is possible.”

His proof: Kenyatta grew up in deep poverty in North Philadelphia — and now, at 28, is a state representative for the 181st District. On his agenda is tackling the city’s most persistent roadblock: He plans to ask Governor Tom Wolf to declare poverty a public health crisis.

You’ve made history. How’d you get here?

I am a real mixture of being lucky and having parents, particularly a mom, who were invested in my success and in making sure I understood that it is our responsibility to find a way to serve. Both of my parents have passed on now, but I first became civically engaged when we lived on Woodstock Street. That block was beautiful and filled with historic homes, but I started noticing different issues.

I remember my mom saying, “Boy, if you care so much, do something about the block.” So I ran for junior block captain, and in that role, I worked to help seniors clean up their steps, among other things. We ended up getting evicted from that house after about a year and a half, but since then, I’ve been committed to getting people to take action.

What would you say is the biggest thing holding Philly back right now?

Our deep poverty. I consistently call it the moral and economic issue of our generation. This is what drives my life’s work. It’s the most important thing we need to focus on. A big part of it is raising wages, but it’s also about making sure people can stay in their homes and have access to affordable housing.

Right now, the waitlist for housing vouchers for PHA is 10 or more years. I mean, imagine that. You don’t have housing, and they’re telling you, “In a decade, we might be able to find you a spot.” It is immoral. It’s wrong, and it is the reason that Philly remains the poorest of the major cities.

How is your representation as a member of the LGBTQ community playing out now?

I know a lot of people are excited, rightfully, about the fact that I made history as the first LGBT person of color in the state House. And that’s exciting to me, too. Democratic opponents put out homophobic attack ads against me, thinking that was going to swing the election. But people went in an entirely different direction and elected a young black gay kid from North Philly to represent them. It’ll be even more exciting in the future, when other kids look up and say, “I want to run.”

How do you think people of your generation should seize this current political moment?

Democracy is a fickle thing, because it is largely based on people’s trust and faith in the system, and this president has weakened people’s faith in our government. But the silver lining is young people and people with diverse perspectives. I’m not just a representative of the LGBTQ community; I’m also a person of color, a young person, and I grew up poor as hell.

It’s powerful that so many people are no longer listening to conventional wisdom. You no longer have to wait your turn. The time for turns is over, and people have to step up and run. I recognized that being an activist wasn’t enough, so I quit my job and used all of my savings and said, “I hope this works out.” I’m lucky I was able to win.

Published as “Malcolm Kenyatta” in “The New Look of Philly Power” in the April 2019 issue of Philadelphia magazine.