Claire Sliney is gunning to become the most accomplished Penn alum in showbiz. John Legend better watch out — even he didn't win his Academy Award until after, y'know, graduation. 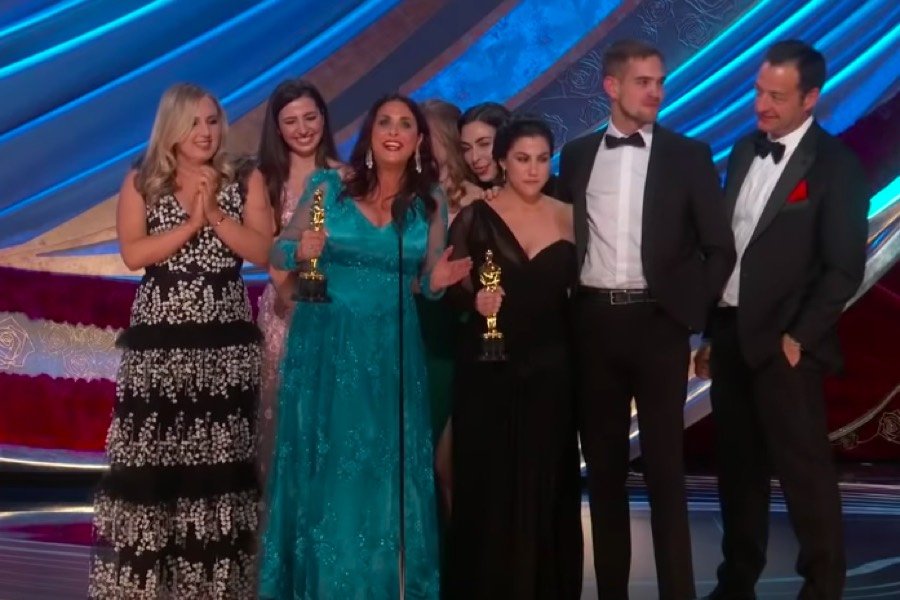 When you think of Penn alumni, chances are you envision a current of fresh-faced, suit-clad grads running straight to the offices of some of the top hedge funds and banks on Wall Street. But in recent years, Penn grads have also been traveling westbound to Hollywood — and racking up some Academy Awards in the process.

A brief summary of some notable Penn-grad winners: John Legend, who got the “O” portion of his EGOT in 2015 for music from the film Selma; producer Wendy Finerman, who won for Forrest Gump; and Morgan Neville, who produced the best documentary of 2014 (as well as this year’s exceptional Mr. Rogers doc Won’t You Be My Neighbor?, which for some incomprehensible reason wasn’t even nominated.) And then there’s Marc Platt, who produced La La Land, and was an Oscar winner for about ten seconds last year — until one of his co-producers realized the award was actually Moonlight’s.

But all of those Hollywood luminaries pale in comparison to 20-year-old Claire Sliney, who won the Oscar for Best Documentary Short on Sunday evening — while still enrolled at Penn. Sliney, who hasn’t even declared a major yet, according to Penn’s student directory, served as an executive producer on Period. End of Sentence, a 26-minute-long film (streaming on Netflix) about efforts to make affordable menstruation sanitary pads available for women in India.

Sliney first got involved in the project as a freshman in high school. And on Sunday, you could catch her on national TV — on the far left — as the film’s director gave her acceptance speech.

NEW: "A period should end a sentence – not a girl's education!" declares one of the makers behind “Period. End of Sentence," which won for Best Documentary (Short Subject). #Oscars https://t.co/0ojf3jzWc8 pic.twitter.com/MBK5FQj6Yr

The director of Penn’s cinema studies department told WHYY last week he believed Sliney was the first-ever Penn student to be nominated for an Oscar while still an enrolled student. 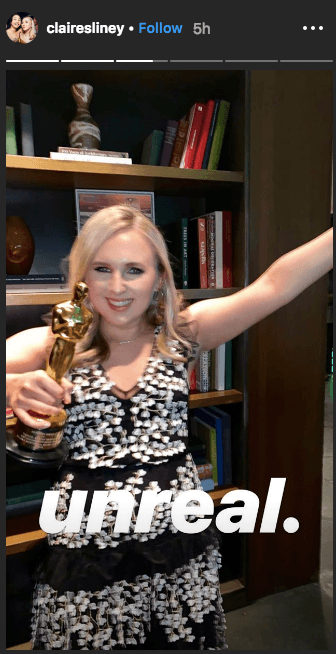 Claire Sliney with her new hardware.

John Legend’s had all the glory lately as Penn’s most distinguished showbiz alumnus. He’s still got Emmy, Grammy, and Tony awards to his name — but he may want to watch his back. Sliney does have a head start on him, after all.

But the Penn sophomore didn’t have much time to celebrate the victory. She apparently had other business to attend to.

So great! Our @Penn sophomore Claire @clairesliney won an #AcademyAward for doc short #Periodendofsentence. She’ll be getting on a plane in a few hours to make it back for a midterm exam! Will the #Oscar fit in her backpack? https://t.co/opevgdD841